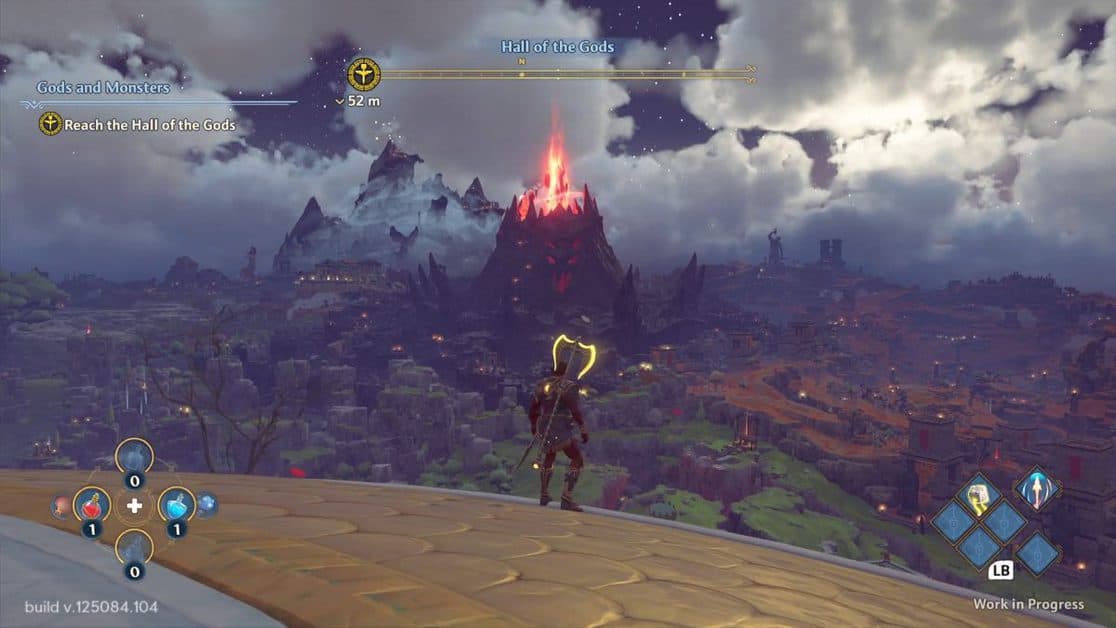 In this Immortals Fenyx Rising Rising Lieutenant Locations Guide, we’ll be showing you how to get all the 18 wings by defeating the different lieutenants.

Immortals Fenyx Rising lets you glide through the skies for added mobility. You can collect beautiful wings throughout your playthrough by completing different objectives.

You can acquire various types of wings by defeating Lieutenant enemies in the game. The list below shows the location of all lieutenants found in the game.

Wings of Zeus
By defeating the Godly Griffin Lieutenant during the Phosphor’s Eagle Eye side quest, you’ll find the ‘Wings of Zeus.’ The Griffin can be found in The Forgelands, south of Aqueducts.

Wings of Ikaros
The second pair of wings, ‘Wings of Ikaros,’ are found through Phosphor’s final quest, ‘A Debt Repaid.’ Complete the Daidolos’ Treasury vault and you’ll find yourself pitted against the Godly Griffin Lieutenant again.

Smoldering Wings of Zeus
You can acquire these pair of wings from the Hephaistos’ quest called ‘Shaken to the Core.’ Defeat the ‘Clanking Automation Lieutenant’ in The Forgelands at the Forge of the Gods.

Wings of the Monstrous
Defeat the Ghost Lieutenant of Tartaros at Ajax’s Fort in War’s Den. Completing the ‘Nest Egg’ quest, which is a part of the Ares’ storyline.

Ravishing Wings
The quest ‘Forged Friendship’ tasks you to find Lieutenant Brontes and take him down.

As a part of this quest, you’ll be rewarded with ‘The Ravishing Wings.’ You can find Lieutenant Brontes in The Forgelands, south of Atmos Mechanikos.

Sharp-Fire Wings
You can acquire the Sharp-Fire wings as a part of defeating Steropes. He can be found at War’s Den in The Forgelands.

Wings of the Hideous
Athena will task you to take down Ozomene in one of her side-quests.

If you want, you can go and directly kill the harpy as well. Ozomene is located on an island west of the Valley of Eternal Spring.

Spark of Genius Wings
Defeat Lieutenant Euryale in Valley of Eternal Spring. The gorgon lieutenant is found near a lyre and Athena’s sanctuary. You can find it on top of the cliff.

Wings of the Dreadful
Defeat Lieutenant Okypete in the Valley of Eternal Spring right at the edge of the area with all the pools.

You can head to Gaia’s Soul using fast travel and make the rest of the way from there.

He is found in the Valley of Eternal Spring right on the border with War’s Den near Gates of Tartaros.

Wings of Vanity
You can acquire the ‘Wings of Vanity’ by defeating Lieutenant Stheno. He is at the Northern part of Grove of Kleos.

Tempestuous Wings of Zeus
Head to War’s Den, south of the statue of God of War, to find Lieutenant Gyges. Defeating him will reward you with the ‘Wings of Zeus.’

Beauty’s Wings
The Lieutenant of Hybrids can be found in Gates of Tartaros to the West near Typhon’s Lair. Defeating him will reward you with the ‘Beauty’s Wings.’

Hound of the Underworld Lieutenant

Intricate Wings
You can find the Hound of the Underworld Lieutenant in the Gate of Tartaros, South-East of Lord of Chaos volcano. Defeat him to acquire the ‘Intricate Wings.’