How To Learn Pokemon Quest Moves? How To Switch, Tips 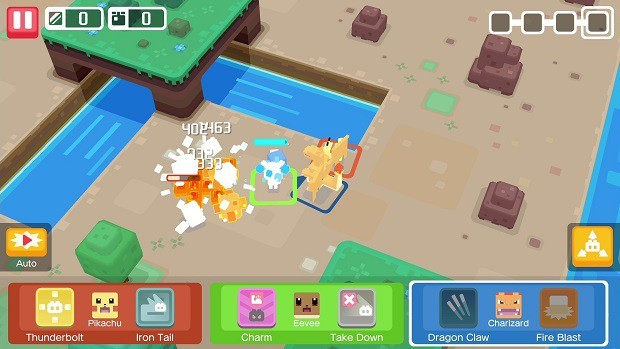 The Pokemon Quest Moves Guide is for unlocking the true potential of each and every Pokemon through the knowledge of new moves to step up your game in combat.

Since it will not be quite observable from the game alone, our Pokemon Quest Moves Guide will help you through the new move-set that you can set for your Pokemon.

Since you start with two moves for each of the Pokemon, you will notice how limited your options will be. Furthermore, if you do not choose the right Pokemon with the right moves, you will be having a hard time in battle.

It is therefore imperative to go through moves training.

Altering, modifying, and upgrading the moves work through the use of a Move Stone, somewhat similar to how Power Stones are for leveling up the Pokemon itself.

Either if you want to swap in and out moves that you find better, or you want to completely revamp the moves, you would want to head to the Training Menu where you can carry out ‘Move Training’.

For learning a move, you will need to trade in one Pokemon, however. This could be from your existing list or you could lure in a new Pokemon at your base camp via cooking a recipe.

Either way, once you have a Pokemon to spare, you can go to the ‘Edit Team’ and then the Training Menu and start the move learning process.

The new move you unlock will depend on factors like the species of the Pokemon sacrificed, its level, and its nature of evolution.

Remember, the move that you are trying to learn will have a higher percentage success if it belongs to the Pokemon of the same species.

Now the actual way of working around the whole swap mechanism is by picking a new move and then choosing a slot to replace it with. Which particular slot you should be choosing?

Well, that does not matter, it is quite random and there is no way of telling which move can be learned by sacrificing which Pokemon. Just go with trial and error here, and see if you can get the desired result.

Anyways, chances are sacrificing a Pokemon will give their move-set to the ones you have replaced the slots with.

Therefore, Pokemon A is sacrificed and placed in the slot of Pokemon B, so Pokemon B learns the moves of Pokemon A. Of course, this does not have to be 100% accurate.

This is all we have in our Pokemon Quest Moves Guide. If there is anything else that you would like to add, let us know in the comments section below!