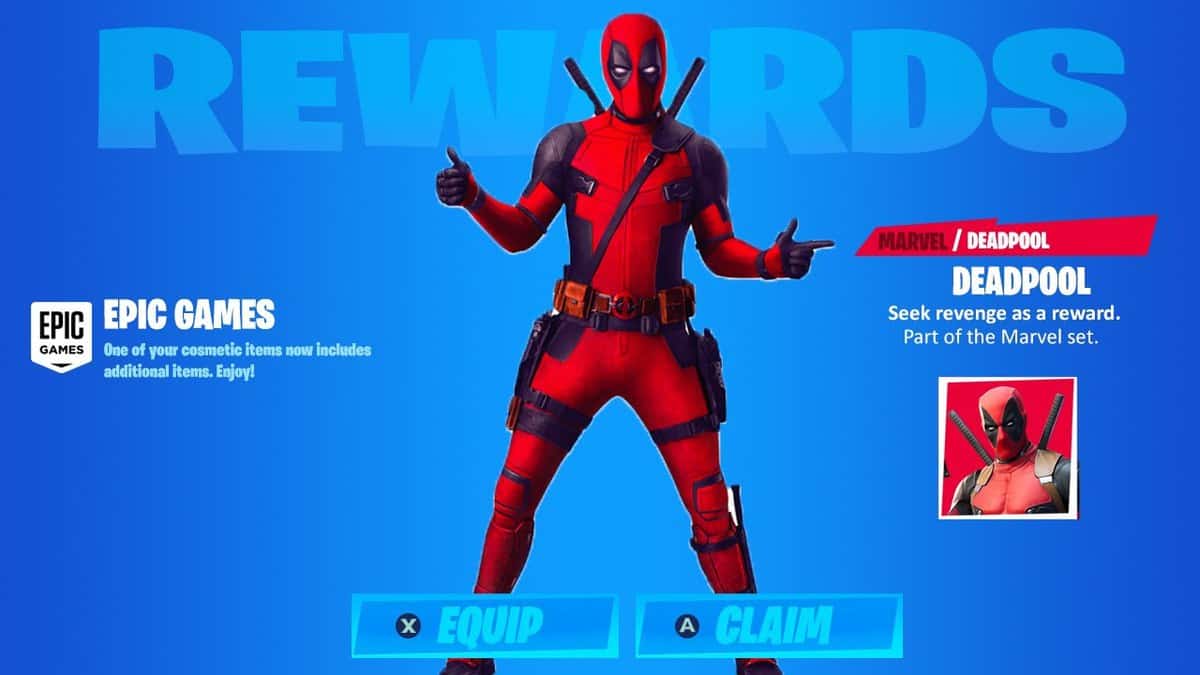 Fortnite fans among you may have seen a specific comic book character appearing to a great extent all through the Chapter 2 Season 2 trailer. Deadpool could be seen concealed out of sight a bunch of times, and the promotional material for the new season confirms this new skin. Here’s How to Get The Deadpool Skin in Fortnite Chapter 2 Season 2.

To get the Deadpool skin in Fortnite, you’ll first need to purchase the Season 2 Battle Pass. This basically opens the ability for you to get the skin, however, there’s still work to be finished.

On the screen where you buy the Battle Pass, it’s uncovered that Deadpool is “the secret Battle Pass skin.” It would seem like, based on one of the challenges that can be found at the challenge table, that we’ll have to ‘Search Deadpool’s Letter to Epic Games’ so as to unlock him.

The letter is very simple to find. From the lobby screen, search for the vent in the wall that you can interact with. We’ve featured it in the picture beneath.

From that point, you’ll have the option to interact with a computer, which will show you the Deadpool challenges, also something on the floor by the urinal.

You’ll find it’s Deadpool’s letter by interacting with this. At that point, if you check your computer, you’ll have your next challenge, which is ‘not thank the Bus Driver.’

Not Thanking the Bus Driver
This is very straightforward, simply don’t thank the bus driver as you ordinarily would in a game of Fortnite. Toward the finish of the game, you’ll have completed the challenge.

Milk Carton and Chimichamngas
The second week’s challenges are fairly easy too, you just have to find hidden Chimichangas and Milk Cartons spread around your menu screen.

Week 3 Challenges
Week 3 challenges are pretty easier but unlike weeks 1 and 2 and challenges which could be completed without getting in the match, this time player will have to drop in a battle royale match.

For the first challenge, you will have to find Deadpool’s plunger which will most likely be found somewhere in his hideout, which is conveniently located in a bathroom.

On the other hand, destroying toilets will probably require a trip on the Battle Bus. Toilets can be found everywhere on the map in any house which means you don’t have to look too hard for it and completing it.

Completing the week 3 challenges will reward you with the Ride the Corn spray.

Week 4 Challenges
In week 4, you have to find Deadpool’s Katanas to complete the Deadpool skin challenge. Thankfully once again you can just find them on the menu.

The first Katana is located in the Upgrade Vault, where you can customize Maya. The Katana is to the left side of Maya, next to an Axe.

The second Katana is in Deadpool’s hideout. The Katana is on the right side, stuck inside a mirror.

Once you have both Katanas, you need to deal 10,000 damage to structures in a battle royale match to complete the week 4 of Deadpool challenges. The best way to do that is to use explosives like C4 or rockets.

For the present, that is the entirety of the Deadpool Challenges in Fortnite that you’ll have to complete.