How To Get Married In Skyrim 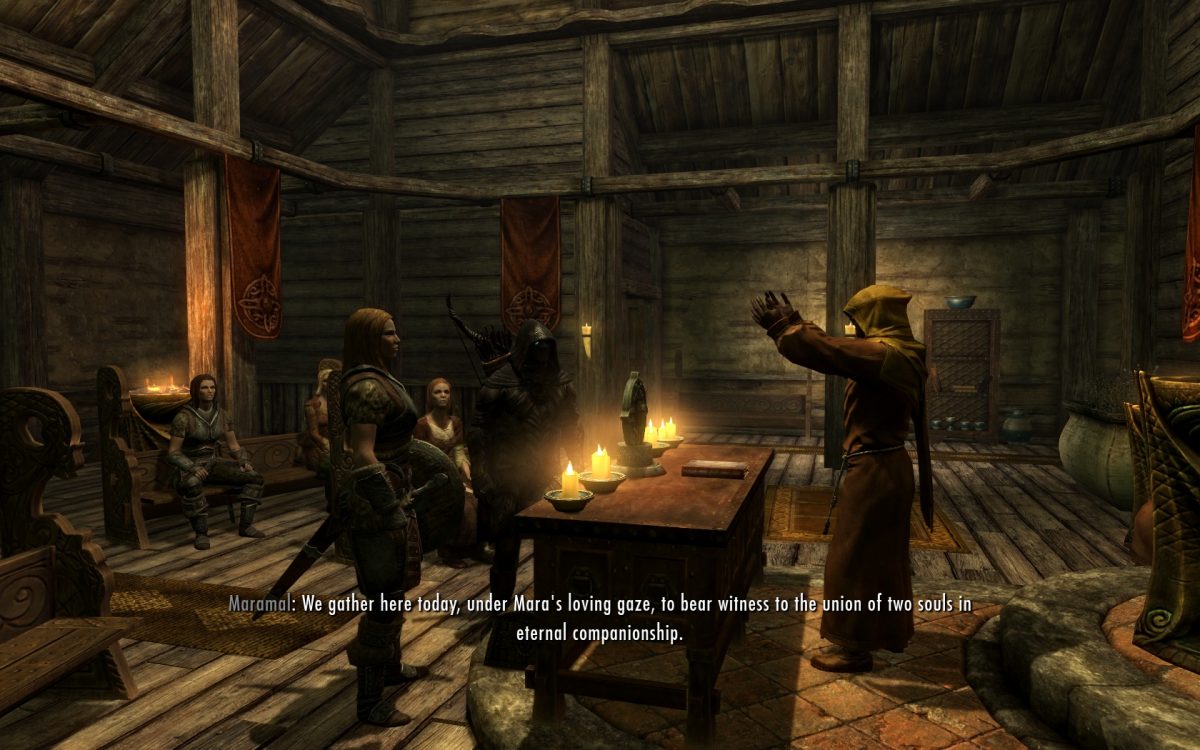 In a province threatened by dragons, there is still a place for love and romance. You can perform several side activities in Skyrim and one interesting activity is to get married. And yes, Same-sex marriages are possible too.

In order to get married, you are going to need the divine “Amulet of Mara”. You can purchase the Amulet from Maramal in Riften in an Inn named “Bee and Brab”. He can also sometimes be available at the Temple of Mara in Riften. You can inquire him about the marriage system in Skyrim and then buy the Amulet for 200 gold. Yes, that’s the price you will have to pay for the holy commitment.

The Amulet is basically a symbol that marks you as a person available for marriage. After equipping the Amulet, talk to any girl of your interest and if she is also interested, you will get extra dialogue lines leading to the proposal.

When the person says yes, the next thing you need to do is visit the temple and attend the marriage ceremony. Congratulations! you got married, in Skyrim I meant. You will get the achievement/trophy.

Getting Married in Skyrim

Marriage allows you to have a constant companion back at home. This gives rise to a chance of starting a family and settling down for a while. Apart from that, your spouse also yields 100 gold and food replenishment once a day, even if you do not visit.

This will let you collect extra gold and food supplies without any effort, which will keep piling up day by day. besides, if your spouse is a store owner, you’ll be able to buy items for them at home when you visit. Isn’t that convenient?

You can even ask your spouse to be your partner even if they were not available for the option before the marriage. And even if you don’t choose to take them along, sleeping together under the safe roof allows the Love Comfort bonus that grants +15% skill experience gain afterward

These are the NPCs you can marry in the game. You can find them in the locations in front of their names.