How To Defeat Garm In God Of War: Ragnarok 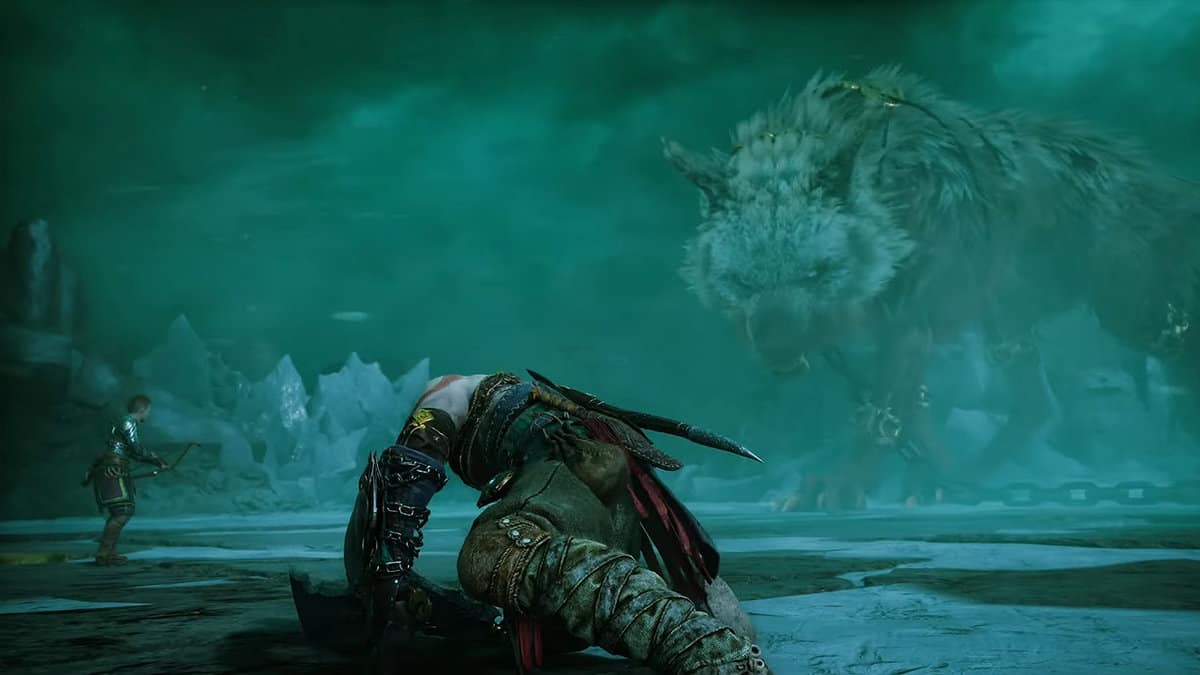 Garm is another story boss in God of War: Ragnarok and is one of the colossal bosses that you must put down.

Garm is a giant wolf with just a few attacks. However, these are enough to take your health bar down to zero. Despite his colossal size, Garm’s attacks are also quick. You will need to be extra cautious at all times.

The following guide will explain further how to defeat Garm in God of War: Ragnarok.

You will encounter Garm at The Silent Clearing in the Helheim realm during the twelfth chapter of God of War Ragnarok, Reunion. It will be chained to the large rocks in the area, but as soon as you enter its territory, it will break the chains to attack you.

Bite Attack: This is a devastating attack performed by Garm where it sprints towards you to take a chunk off your flesh by biting you multiple times, draining 10-20% of your health at the end of the attack.

Shockwave of Ice: Using this attack, Garm stands up on its legs and shoves them to the ground creating an ice shockwave that takes out a small amount of your health.

Chain Attack: During this attack, Garm will drop down to the ground to through its chains atop you to deal damage.

This attack can be parried

Ice Projectile Attack: Using this attack, Garm runs away to keep a distance from its opponents, and shoots ice projectiles at the target to deal the most damage.

Body Slam: Using this attack, Garm roars like the beast it is and slams its body to the ground to send a shockwave directly at you.

How to beat Garm

Garm starts off the fight with a jaw-dropping ten-bar health meter, which is astonishing compared to the health you start with during this boss fight.

Throughout the fight, you must keep a safe distance from the boss since it doesn’t take time for it to jump toward you to perform the bite attacks.

When it does though, roll aside and start attacking its nose during the bite attack. That is because Garm lays down on the floor for a couple of seconds before getting back on its feet.

The Shockwave attacks will drain most of your health during the fight since they are performed on random occasions, leaving you surprised for a moment. The best method to avoid the damage is to jump out of the way when the waves approach you.

When Garm throws its chains at you, they will get stuck on the ground for a moment, giving you an opportunity to freeze them and drag the large dog down using its chains for your counterattack.

The best way to defeat the boss is to strike it when it’s down. Since ranged attacks will do little to no damage to it.

Therefore, let Atreus deal with the ranged attacks while you give everything you got to the boss at a closed range once it’s knocked down or is laying down after an attack.

However, do keep in mind that the boss fight will occur in two phases because Garm will return after you have defeated it for the first time (SPOILER!).

The attack it uses will be the same so you will not have a tough time defeating it again since you’ll be using the same maneuvers yourself. At the end of the fight, press R3 to perform the final blow and defeat Garm in God of War Ragnarok.

Press Circle repeatedly to help Atreus climb the dog and cast his spell to calm it down. Thus, ending the Garm boss fight.