How To Become Vampire in Skyrim 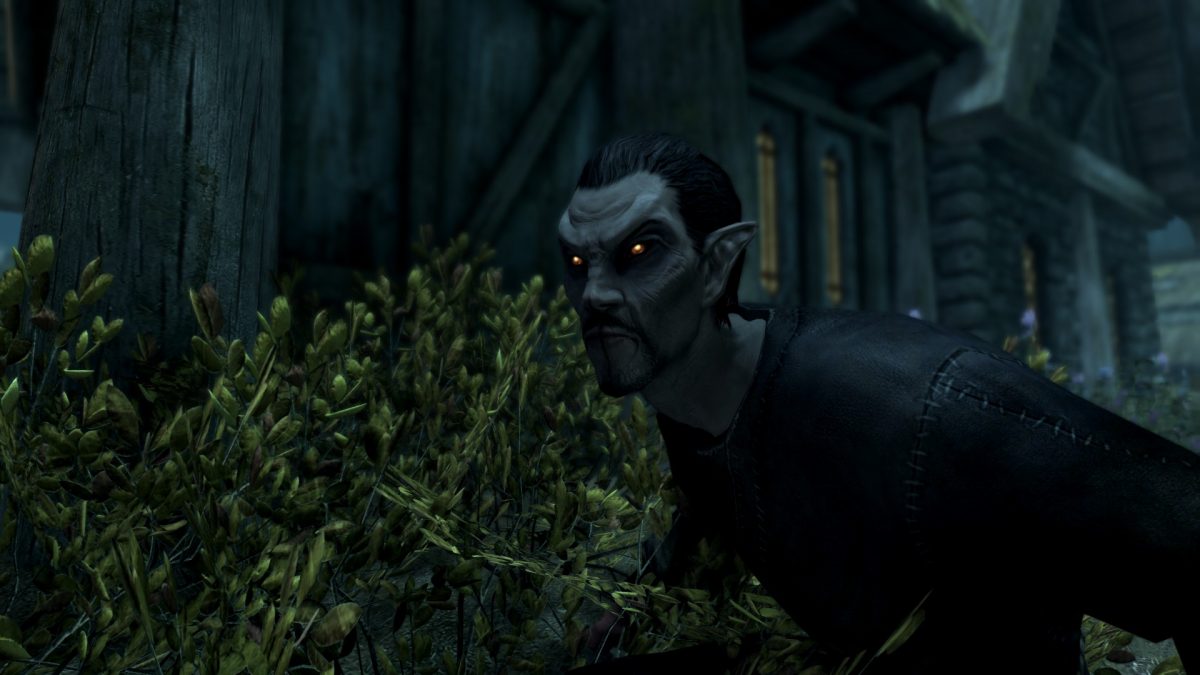 One of the features retained from Oblivion, you can still contract Sanguinare Vampiris, a disease that amplifies existing belief in the existence of vampires to manifest characteristics of vampires in people. This guide will show you how to become a vampire in The Elder Scrolls V Skyrim.

How To Become A Vampire in Skyrim

To contract Vampirism, you need to come in contact with another vampire. Each hit by a vampire has a chance of passing Sanguinare Vampiris disease onto you. Transformation takes time but once the disease has been contracted, you will slowly transform into a vampire.

It does not work if you are Immune. You become immune to Sanguinare Vampiris if you are infected with Lycanthropy, a werewolf. Hircine’s Ring, Argonians, and Wood Elves can also create immunity to Vampirism.

If you have made sure that you did not become immune then it will take 72 hours for you to become a Vampire. Slowly, between the period of becoming a vampire, you will start seeing messages accompanied by red flashes.

Vampirism isn’t contracted instantly – there are four stages and the effects of vampirism are amplified with each stage. As a vampire, you are immune to disease and poison. You are resistant to Frost and harder to detect when sneaking. Your Illusion Spells are 25% more powerful.

Your resistance to frost increases by 25% and your attributes are reduced by 15 points. Your weakness to fire is increased by 25% but to balance these effects, you gain Vampire’s sight, Vampiric Drain, and Vampire’s Servant abilities.

Your resistance to frost is increased by 100% and attributes are reduced by 60 points. Your weakness to fire is increased by 100% and you gain abilities like Embrace of Shadows and enhanced Vampiric Drain and Vampire’s Servant. At Stage 4, you will be attacked by the citizens of Skyrim for being a vampire. If you are a Stealth-type character, you can get the most out of Vampirism, but it may get difficult at Stage 4 for other types of characters.

Living as a Vampire

The first thing that will be very harsh for you after becoming a Vampire is Sunlight. Vampires are very vulnerable in sunlight. Between 5 am and 7 pm, you have to save yourself from sunlight. Health, Magicka, and Stamina do not recover if you are out in sunlight.

You receive a lot of perks after becoming a vampire, such as

After becoming a vampire you become extremely blood-starved. When you go out hunting, make sure that you drink blood out of sleeping humans. Go out in town and sneak into houses. See if humans are sleeping and slowly go behind them. You are given an option to either pickpocket or feed. You know what to choose.

Dawnguard is an expansion for Skyrim which you require to access the Vampire Lord perks. Once you have Dawnguard expansion, the quest begins as the guards and innkeepers tell the players about the vampire hunters.

Travel to Fort Dawnguard, located in the southeastern corner of the map, to the east of Riften. Speak to the Dawnguard and you will get a quest. You will be sent to Dimhollow Crypt. There, a vampire called Serena will ask you to take her to her father at Castle Volkihar.

How to Cure Vampirism

You can cure Sanguinare Vampiris by turning to Lycanthropy – Werewolf or by doing the quest ‘Rising at Dawn’. . It can also be cured by drinking a Cure Disease potion or by praying at a shrine.

There are more methods to cure Vampirism in Skyrim. First method is to use Console Command. There is a command prompt for removing the Sanguinare Vampiris disease in Elder Scrolls V Skyrim on a PC. All you need to do is use the console commands by opening the console and typing setstage 000EAFD5 10. Once you do this, you’ll be cured of vampirism.

The second method is Lycanthropy. Sanguinare Vampiris cannot be cured directly, but it keeps your character from becoming infected with it.  Werewolves are a better choice than vampires if you don’t want to become one.

Lastly, you can cure Vampirism by using some conventional methods. The first thing you do is go to “Dead Man’s Drink” in Falkreath.

Valga Vinica, the bartender, should be able to answer your questions about the rumors spreading throughout the town. During this time, the bartender will tell you about an NPC called Falion of Morthal, a red-guard mage who has studied vampires, draugr, and the undead.

Here’s your first hint that Morthal is north of Skyrim. Morthal is located southeast of solitude in the Drajkmyr Marsh of Hjaalmarch. After meeting Falion, he will explain that he can perform a ritual that cures vampires. His first request will be to obtain a “Black Soul gem.”. Getting one isn’t difficult.

In either case, Falion will sell you one for 156 Gold, or if you find Falion’s offer too pricey, you can get one from most necromancers. You just need to cast Soul traps or use enchanted weapons to kill humans, and you’ll fill the Black Soul Gem with human souls.

So get to the stone circle and meet Falion so he can cure you. It doesn’t matter how many times you get infected – you can always get cured this way.