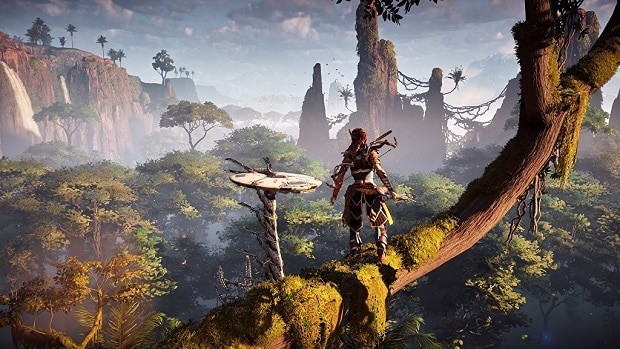 Guerrilla Games’s Horizon Zero Dawn got critical acclaim when it came out, with praise going to its story, open world, and graphics.

However, despite also being developed for the Pro, Horizon Zero Dawn’s graphics aren’t utilizing the console’s full potential. It’s simply the way Guerrilla has adjusted the game to work with the console.

The Playstation 4 Pro has been a fairly decent success for Sony and Playstation. However, the console has experienced mixed results when it comes to actually upping the graphics on games like it was supposed to.

Some owners have said that the console actually sometimes makes games run worse than they did on the original Playstation 4.

According to Guerrilla Games, Horizon’s developers, the game was already well underway by the time that the Playstation 4 Pro was announced.

All Guerrilla had to do was just tinker with Horizon to make it run well on both consoles, and the results speak for themselves.

While Guerrilla has said that they would have likely used the console’s power differently if they’d been developing Horizon from the Pro from the ground up, Horizon Zero Dawn’s graphics were altered with the regular anti-aliasing and supersampling that normally comes with games on the Pro. With 1080p televisions and HDR it makes the game look lush and beautiful, which you can see from any spot in the world.

IF you own a Playstation 4 or a Playstation 4 Pro and haven’t picked up Horizon Zero Dawn yet, you can still buy it right now and begin your adventure through the post-apocalyptic United States.

On either console, no matter which you have, Horizon Zero Dawn’s graphics will likely leave you amazed at how beautiful they are.

In the meantime, Horizon’s success can only mean good things for the Pro in the future as more devs keep both consoles in mind.