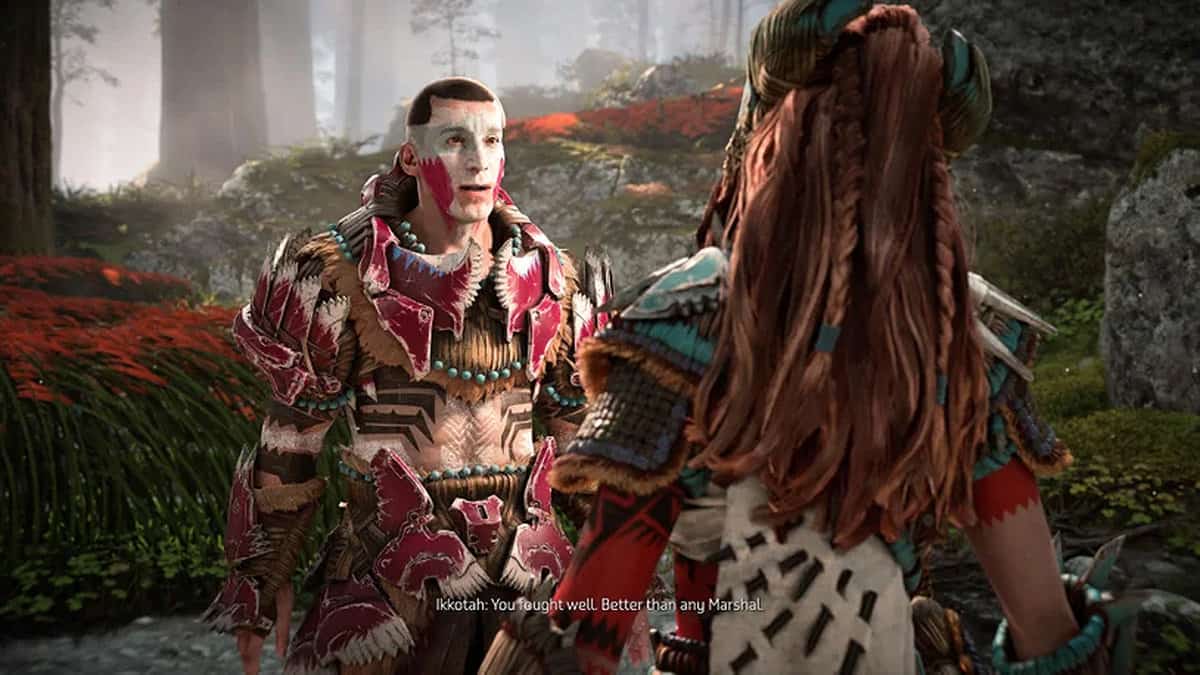 “A Hunt to Remember” is a mid-game errand that you can pick up from the Sky Clan in Horizon Forbidden West.

Aloy will need to help out the clan by defeating a group of machines that have been attacking Tenakth soldiers in the western forests.

How To Unlock A Hunt To Remember

Cliffwatch is a community of members of Sky Clan. Apparently, some squads of Tenakth have been defending against some machines westwards near the boundary of the forest. This errand is about Ikkotah who asks for Aloy’s assistance in getting rid of them and saving the Tenakth soldiers from the machines.

To unlock this errand, you first have to finish The Wings of the Ten, a main quest of the game. After that, travel to Cliffwatch and have a conversation with Ikkotah to get the errand. The recommended level for this errand is 26.

How To Complete A Hunt To Remember

Head eastwards from Tide’s Reach to the edge of the forest where you will find Ikkotah standing in a clearing. Meet up with him and follow him to the place where the soldiers are fighting the deadly machines.

Soon Aloy and Ikkotah will reach the area where you will find a huge group of machines swarming around the place. The machines will include Clawstrider, Shell Walker, Redeye Watcher, and scorcher. Your task is to help Ikkotah in fighting and getting rid of all these machines.

The easiest fight will be against the Redeye Watcher and by using shock ammo you will be able to defeat it in no time. Furthermore, Clawstrider and Shell Walker will also be easy to deal with. Using Shock ammo and Silent Strike, defeating these machines will be a piece of cake.

For the Scorcher, you will have to put some effort into defeating it. But keep hitting it with Shock and Frost ammo and remember to maintain some distance from it, eventually you will be able to get rid of it too.

Ikkotah will be very grateful to you for helping him get rid of the machines and with this, the errand will be completed.

A Hunt To Remember Errand Rewards

The rewards for completion of this errand are 5629 XP, +1 Skill Point and you will also get 1 Tenakth Sky Climber Face Paint.