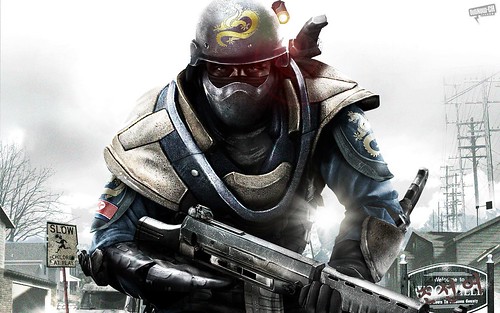 Most multiplayer gamers would come to a common agreement that dedicated servers are an absolute must for a good online gaming experience. We couldn’t agree more to this.

Thankful to Kaos Studios and online developers Digital Extremes, we announce gladly that Homefront’s multiplayer will feature dedicated servers on all three platforms that it is coming out for i.e. PC, Playstation 3 and Xbox 360, though HomeFront PC has additional features. Following is the rundown of the PC dedicated server features of HomeFront:

Players
The servers will have a maximum capacity of 32 players. In fact, Kaos Studios claims that the multiplayer experience is best when there are full 32 players playing in the server, since the maps are very large (somewhat like Battlefield BC2). There is also clan support for PC and Battle Commander and Battle Points features. This will allow a balanced and unbiased gameplay.

Steam
Digital Extremes, the company responsible for providing us the great multiplayer experience of games such as the Unreal Tournament series, is responsible for the PC-version of the game. The game shall be available exclusively through Steam and files for running dedicated servers from your PC, along with updates, will be handled by steam.

More importantly, for those mischievous hackers, the anti-cheat software used will be Valve’s own VAC – so permanent bans should keep those hackers and bad-doers off your servers.

HomeFront – Server Management
Initially, you’d only be able to manage the server via the game’s own RCON. The developers don’t restrict players to this, so 3rd party RCON tools developed later on will be fully supported. However, the amount of changes a player can make to the servers seems to be limited, since all servers will be ranked.

Here are a few facts about the customizability of the dedicated servers: