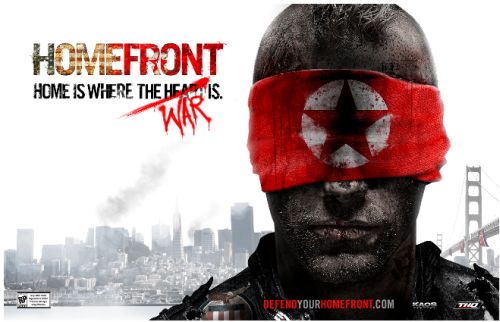 Kaos Studio and THQ are all ready to release Homefront for all three major platforms (Xbox 360, Playstation 3, and PC). In this article we’ll have a look at the PC specific features of the game that are not included in other versions. Let’s start digging and see what we can find.

It’s Steam Exclusive
Some love Steam while others hate it. Developers have nevertheless decided that Homefront will be exclusively a Steamworks as far as the PC release is concerned. The files for running dedicated servers and updates will all be handled and provided by Steam. We’d like to see how that works out.

Homefront Gameplay
Homefront’s gameplay on the PC is slightly different than the one on consoles. Well, not different in the real sense, just a little tweaked and with a few extra features. A good example is how players can control vehicles. Both first person cockpit view and 3rd person view are available while controlling vehicles.

Co-pilots can also spot and recon enemies, informing to the Scout helicopter. Additionally, for those who aren’t too skilled at flying helicopters, or for those who are, there are multiple settings for the level of ‘realism’ in controlling the chopper. These settings are:

Practice mode
This mode has also been added to allow adaptation and awareness of controlling different vehicles without wasting Battle Points during live matches.

Squad Management and Clan Support
Squad management system and Clan support are also included in the PC version. All the post match stats will be tracked and recorded.