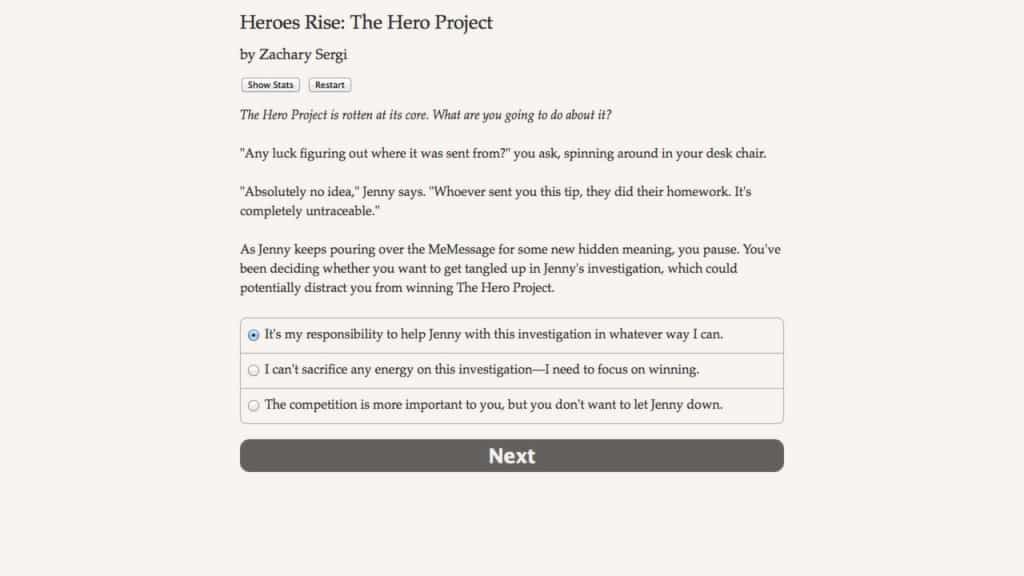 With the Greenlight surge on Steam, a lot of oddball games have made it to launch recently, but the two latest entries might be one of the biggest surprise. Both Heroes Rise: The Hero Project and Heroes Rise: The Prodigy are out now for €2 each, which is a 33% discount off their normal price.

What makes the Heroes Rise series special for Steam is that it’s the first ever text-only game on Valve’s digital platform, according to the release announcement. That means that both games do not have any graphics or even sounds, like other visual novels could have.

More surprising still is that Heroes Rise is, in fact, not a labor from Steam Greenlight results. Instead, the series was vetted by Keith Nemitz, the developer for 7 Grand Steps.

This is a reminder to budding indie developers that it matters who you know. Developer Choice of Games from the Heroes Rise series stated:

We never applied to Steam Greenlight.

We focused our energy on finding another way in. I met Keith at the San Francisco Bay Area Interactive Fiction meetup, where we’re both regulars. Keith earned access to Steam via the IGF.

There is a third iteration in the franchise, called Heroes Rise: Herofall, which will come to Steam this summer. After that, Choice of Games has expressed interest in bringing over the rest of their catalog, like several publishers have been doing lately.