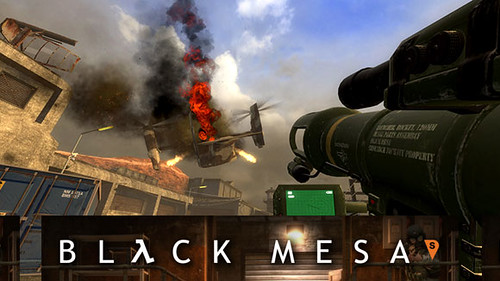 Any changes that were made in the weapons were purely done in order to create a more bolder and immersive gameplay experience.

Well, let’s not waste any more time and dive headfirst into the game’s weapons:

Barnacle Grapples
Also known as the Specimen 1176 is a detached barnacle which is quite handy as you can use it as both a weapon and a grappling hook.

To use as a weapon, you have to shoot its tongue onto the enemies as it latches onto the organic bodies. However, you have to avoid shooting it onto larger enemies as you will be pulled by them rather then they get pulled to you.

Crowbar
Chances are that if you are a half life fan, you are a great admirer of the practicality of crowbar in various aspects of life.

The crowbar is a melee proximity weapon which deals 10 damage to your enemies. Please note that the crowbar does not have secondary more powerful swing dealing more damage as this will ruin the first few chapters of the game.

Glock 17
This is a semi-automatic sidearm that you will most likely be found on Black Mesa Security personnel. Some Black ops operatives carry a suppressed version of this pistol, but that cannot be utilized by the player.

This gun has a low firepower but its accuracy over a long-range and the fact that it is one of the few guns, which can be used underwater make it one of the most effective weapons found in the game. It has 17 rounds in a single-magazine and deals 8 damage to your foes on a single shot.

Furthermore, it has a shared Reserve Pool Capacity of 250 rounds, with the MP5.

Colt Python
Also known as the .357 Magnum Revolver, Colt Python is a powerful handgun which has a great accuracy and very powerful.

It is even more powerful than the USP Match or the Glock 17 and can kill anything weaker than a Bullsquid and Overwatch Soldier in a single hit. As it has a slow reloading time, it is better to preserve the ammo and use when you main weapon runs out of a Mag

MP5
The MP5 is an automatic submachine gun and a standard firearm for the HECU Marines. This weapon is one of the best all round weapons of the game, meaning that it does not excel in any department, but nor it is completely useless in any department.

It’s like a jack of all trades. This weapon has a huge ammunition capacity(50 rounds). Furthermore, it is a very good weapon to provide suppressive fire as you travel to another position in the hostile territory.

However, the grenade launcher attached to it is a completely different story. This M203 Grenade Launcher is excellent to cause destruction on long range targets.

Remember to use this object on far away targets as you probably do not want to get caught in its impact. Always try to use this weapon on a cluster of enemies so you can deal out maximum damage.

SPAS 12
The SPAs 12 is a shotgun with a single barrel and best used in closed quarter combat. Please note that its effectiveness is greatly reduced when you are firing from a medium range and nearly is useless from long-range. The weapon is, however, destructive from a close range.

They are two key weaknesses of this weapon. It has a very long reload time and a really low ammo capacity. So misfire on your part can prove you very costly. However, in cases of emergency, the secondary function of the shot gun can prove very useful.

It delivers to quick fire blast shots at your target, which deal immense damage but at a cost of an extra shell from your already low stash of ammo.

This weapon has a reserve pool capacity of 64 rounds.

Crossbows
This crossbow fires tranquilizer darts and can also be fired underwater. It has a capacity of five darts with 10 in reserve. The cross bow has a scope mounted on it so it is your sniping weapon too. The weapon does point of impact damage. Remember to zoom in order to hit further away targets.

RPG
RPG is a weapon you generally reserve for destroying enemy vehicles and helicopters. Furthermore, do not waste the ammo firing it on light targets as the ammo for an rpg is pretty scarce in this game. Fire the rockets near explosive material to cause extra mayhem.

Rpg has five rounds to it. Furthermore, once you have put in a rocket in the launcher, you cannot holster the weapon until that rocket is fired. Furthermore, it uses laser crosshairs, which can be turned off or on depending on your choice.

Tau Cannon
This is one of the super weapons of the game. It can destroy heavy enemies at a long range with relative ease. However, firing it quickly depletes its ammunition and also the ammo for this weapon is very hard to find.

The secondary function allows to fire an even more powerful blast but at the price of half of your ammo.
Please remember if you hold a fully charge cannon for very long without firing it will cause serious damage to you. The depleted uranium is the ammo required for this weapon. The weapon does point of impact damage.

It shares a reserve pool of 100 rounds with the Gluon Gun.

Black Mesa Ceiling Turret
It is an automatic sentry gun which is generally built onto the ceilings and they are deployed when then detect any sort of organic object – including both humans and aliens.

The Gluon Gun
The gluon gun is another super weapon in the game. It disintegrates targets it touches with point-precision accuracy.

Like the Tau cannon, it should be fired sparingly as the ammunition depletes quickly and is very hard to find. It has a reserved pool capacity of 100 shared with Tau hand cannon. It deals mega-point of impact damage.

The Hivehand
It fires live hornets which actively seek out targets without requiring line of sight from the player. The hornets bounce off the surface of the walls and continue their search for hostiles making them difficult to avoid, and also they ricochet of the enemies they strike to find even more enemies for themselves.

The ammunition regenerates on its own, so it will remain an option for the player. The secondary function of this weapon sacrifices accuracy for firing the weapon at a greater rate. Hornets no longer ricochet, instead moving or destroying objects that they strike.

It deals point of impact damage. This weapon deals a damage of 8 to an enemy. It has a reserve pool of eight ammunition, and ammunition quickly regenerates.

Mark IV Thermonuclear Device
It is a thermonuclear bomb which is first introduced in Opposing Force’s fifth chapter.

You won’t be able to use it against your enemies as it is sort of a story related weapon which explodes in the end when Shephard is detained aboard an Osprey.

Nicknamed as ‘The Package’, it will be used to destroy the Black Mesa Research Facility

Mk2 Grenade
The player can carry 10 grenades at a single time. You should always throw the grenade in a cluster of enemies and near other explosive materials to cause some extra mayhem.

Remember the grenade have 2.5-second timer on it. Failing to throw it before the timer runs out will cause it to detonate in your own hand. Please note that instead of throwing a grenade you can roll it into a group of enemies too.

The Satchel Charge
This is an explosive pack and is good for setting up traps for enemies. The damage from the blast is really big so be sure not to be in its range when you detonate the device. The player can carry five satchel bags at a time.

After being thrown, a satchel can be picked up using the “use” key like any physics prop. However, you can’t re-add it into your inventory.

Tripmine
The laser tripmine is a trap activated when someone moves across the laser beam projected out from the device. In Black Mesa, marines will attempt to avoid the beam you have set up. Like satchel charges the player can carry a maximum of five trip mines.

Snarks
If you find snarks in their nest, they can be wielded as a weapon. The nest carries five snarks in it, and the player can store up to 15 snarks. Snarks are vicious and volatile; they will attack anything that moves in packs or alone, regardless of their own safety.

After a short period of time, their bodies explode into acids with a force quite startling for creatures their size.

Do note that you throw the snarks in when you have enemies in your vicinity cause if there are no enemies, these snarks will turn on you and attack you.

TOW Launcher
This launcher is highly effective against armored targets. IT must be manually reloaded after each strike. This can be done by picking up a missile via the physics system and guiding it to the launching tube. After pressing the “use” key, the aim of the TOW will automatically follow the player’s aim.

Mortar
The primary function of the mortar is to destroy the Gargantua in the level and to clear passage onto the next, which is blocked by a sealed gate and two high walls.

The mortar consists of an interactive screen that allows the player to pick a target on the on-screen map that represents a location in the game world. After selecting a target, the player can press a button on the screen to fire the mortar rounds at the selected target.