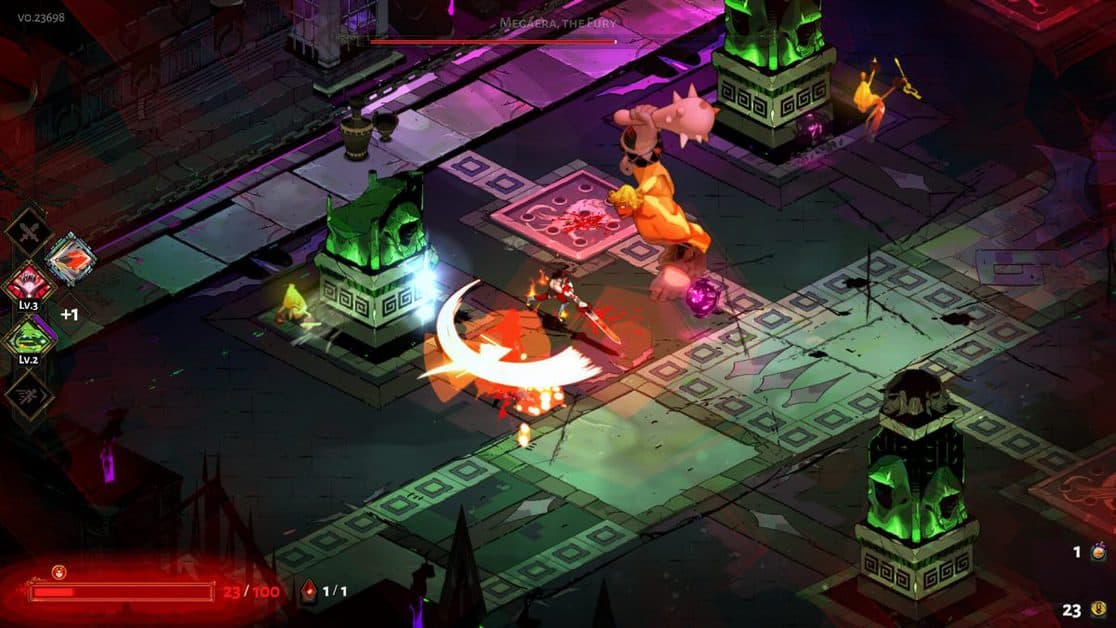 In this Hades Best Weapons guide, we will tell you all about the best weapons for your specific playstyle, be it Ranged Weapons or Melee Weapons.

With multiple different options to choose from, picking the Best Weapon for you can be confusing in Hades but with this guide, it will no longer be a problem.

Hades has finally come out of early access and officially released completely. In Hades, there are different weapons that will suit better to different playstyles.

In this guide, we have listed the best weapons in Hades that you can use in commonly used playstyles.

One good choice for Ranged DPS is Heart Seeking Bow. This weapon has the capacity to do massive damage to enemies.

When it comes to the best choices for a Ranged DPS build, Aspect of Hera and Aspect of Zagreus are the ultimate choices here.

Firing constantly without the need to reload is a massive advantage. The Aspect of Hera gives you the liberty of firing without stopping as it allows you to load ammo in the next shot.

While looking for increased critical damage, Aspect of Zagreus does the job quite effectively by giving a bump of 10% to the chance of critical damage. Combining these attacks with Boons and Mirrors of Night layout perfect results.

Boiling Blood increases the cast ammo while Soul Perks gives a rise to damage that you give to your enemies. While using Aspect of Zagreus, the combination of Boiling Blood and Soul Perks with Artemis’ Deadly Strike, True Shot ad Pressure Points Boons gives an extended rise to critical damage.

The aspect nemesis perk increases the critical chance by up to 30% after your special attack. This can be combined with Artemis’ boons to increase critical damage further.

Combining Artemis boons with Mirror of Night perks results in critical bonuses and deals even more damage with Doom and Blade Rifts. Ares’ Curse of Agony, Curse of Pain, and Blade Dash give the ability to inflict Doom damage on enemies.

While dealing with a large number of opponents, Blade dash allows you to create a damaging blade to deal them damage.

The best weapon to count on while using the Ranged AoE build is the Adamant Rail. This incredibly fast weapon has the best firing rate and no other weapon comes to its credibility while playing in a Ranged AoE build.

To deal tons of damage at a single strike makes life easier. Bombard Special Attack can do this for you. This attack launches a huge grenade that gives huge damage.

For Melee AoE builds, Eternal Spear is the best choice as it has the longest reach of any melee weapon and has a special with a large area of effect.

Combined with Aspect of Guan Yu is best for dealing AoE damage because of the Serpent Slash charged attack.

Combining the Eternal spear with boons from Dionysus, Aphrodite, and Poseidon will really help during fights.

Although the results will shock you when combined with the Aspect of Demeter Perk. A special hit is done when 12 strikes are chained together.

To get the enemies that are not in your range, Aspect of Talos is a good choice. This converts the special to a magnetic attack and does the job.

Boons are also of good use here. You can use the Boons of Artemis to give increased critical damage and cast damage while the Boon of Zeus grants the chain lightning effect that is particularly effective against enemies in groups.

The Aspect of Zagreus reduces damage taken by 10% when fully leveled while the Aspect of Beowulf lowers the damage you take by 30% when you use Cast.

Boons from Aphrodite should also be added to a tank build when they are available.

Athena boons are also key as they either grant you the Deflect ability to send opponents’ attacks back at them or lower the amount of damage you take from enemies and the environment.

For Speed build, the Stygian Blade is the best weapon. This speed build is good for use against bosses.

Combined with the Aspect of Zagreus is best for a fast gameplay style. This is the default weapon of the game, and when fully leveled it, provides a nice boost to your base speed and dash distance.