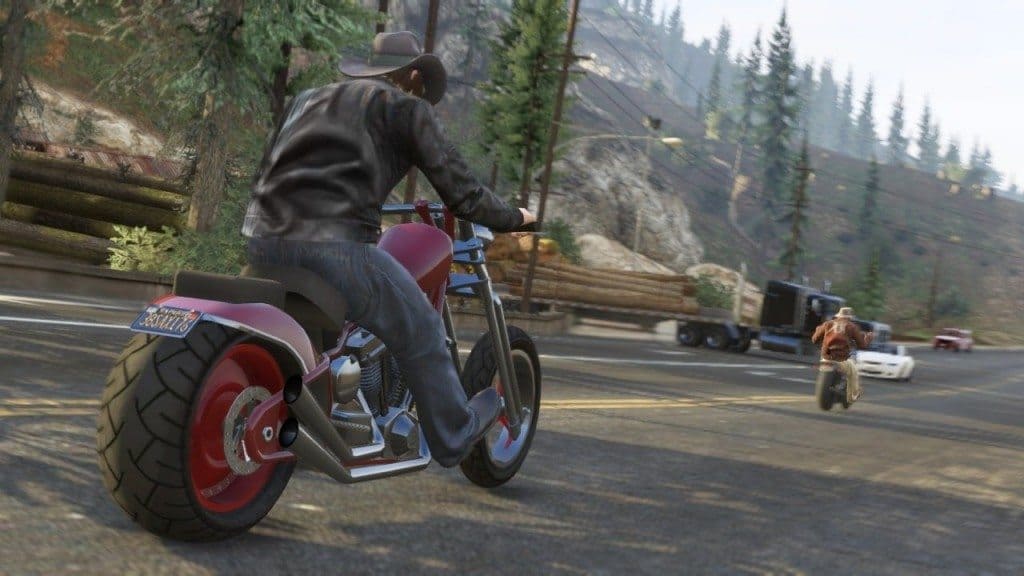 The servers immediately imploded upon the massive influx of players that were trying to occupy them simultaneously and Rockstar have turned them off so they can make some improvements and hopefully give all their customers a good time.

Until then, let’s talk about some of the features we managed to glimpse before the servers went bye-bye. I really have to say, after experiencing it for myself, I think GTA 5 Online has one of the coolest and most unique character creation phase I’ve seen yet.

For more help on GTA Online, read our Easy Money and Rank Up Fast Guide.

Unlike most games, you don’t just create a random mook by selecting between different styles of nose, eyes, ears, mouth etc. Instead, GTA has you select your own grandparents.

When you first start to create a character, you’ll be presented with the ‘Heritage’ page, on which you’ll select four individuals who will serve as your grandparents and will result in your Mom and Dad, who determine your body and facial features.

Aside from changing your grandparents, you can use a slider to determine whether your parents resemble their mother or their father more, and also whether you resemble your mom or your dad more, as well as your gender.

After you’ve played around with the Heritage settings sufficiently, move over to the ‘Lifestyle’ tab, which will decide your in-game stats.

In the lifestyle tab you basically choose what you’re character normally spends time doing in their day-to-day life up till that point. You have 24 hours in the day, of which 4 are already invested in sleep. As such you have 20 hours to put in various activities that determine your stats.

If your character spends all their time ‘Playing Sports and Working Out’, then they will end up with very high Strength, Stamina and Lung Capacity, but will be a bit lacking in their Shooting and Driving skills. Here is a list of the stats that are affected by the various pastimes:

Sleeping
Sleeping more increases your Stamina, Strength, Stealth and Lung Capacity by a little and decreases nothing.

Playing Sports and Working Out
Spending time doing this will increase your Strength, Stamina and Lung Capacity but will decrease your Shooting and Driving Skills.

Sitting on the Couch
Spending more time on the couch will increase your Flying and Driving abilities but will decrease your Stamina, Strength and Lung Capacity.

Partying
Spending more time partying will increase your Shooting and Stealth, but will decrease your Stamina, Strength, Flying and Lung Capacity.

Lastly, after you’ve played around and scheduled yourself properly, you can finalize your character in the appearance tab, in which you do some final tweaks like deciding your hair color and accessories such as glasses and hats.

After this you’re done and your character is born into the world of GTA Online.