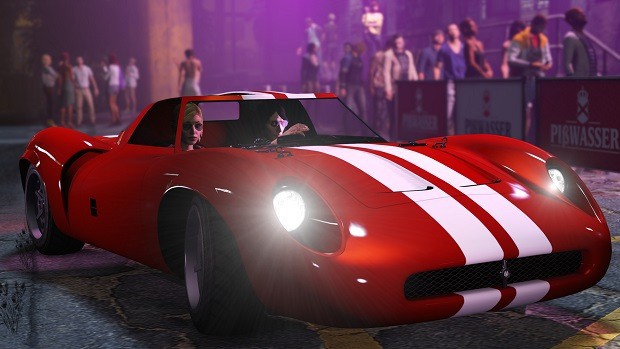 Released with the After Hours update, players can own and run their very own Nightclubs in GTAO. This guide will help you turn your nightclub into a profitable business and go over all there is to know about GTA Online Nightclub Income and how to make bank.

The Nightclub generates its own passive income for you and you will be able to increase the income by assigning workers to the businesses that you already own.

You also get three utility trucks which are heavily armored but cannot take a lot of explosive damage. Remember though that upgrading your nightclub will take quite a lot of cash out of your pocket.

You also have access to many garage spaces in the Nightclub and you can store a ton of stuff there. The Nightclub income will be based on the amount of traffic you are able to generate.

The income does have a cap at 10K though so there is a limit to how much money you can get passively. There is a wall safe in your office from where you can access the cash that you have earned.

How to Generate Income?

Legal Income
The nightclub generates legal income every 24 hour, depending on the club popularity. The income varies from $100 to 10,000. it can be collected from the safe in the office of the club. The maximum amount it can hold is $70,000. after this amount is saved, rest is used by Tony on the club.

Remember that the club has an upkeep fee of 1,750 every 48 hours. It is best if you run it as a CEO to avoid paying the high fees. Tony will also take a 10% cut from everything for his services.

Illegal Income
The best reason for a Nightclub is that it acts as a central hub for all your Bike Club businesses; This means that if you own a coke warehouse, meth warehouse, counterfeit cash forgery, you can control them all from one place.

The nightclub allows you to hire managers for your businesses, that keep them stocked up on supplies, and protect them for the occasional police raids.

Owning a Nightclub also allows you to sell all your illegal products from a single point instead of going off to different warehouses to sell them.

The best way to make money is to have five technicians assigned to the five most profitable income streams above.

The income stated above is without any equipment upgrades. Therefore, if you are able to cough up the cash for the upgrades, chances are that you will also be able to generate a much higher revenue than you would without them.

Without the upgrades; Coke, Hangar, and CEO crates along with Meth seem to net you the greatest amounts of cash per hour.

It is best to sell your items at least once every 20 hours. Chances are that it will take around 20 hours for you to fill up your storage with the aforementioned items.

However, this varies according to the type of items that you have in store so it is best to check if your warehouse is about to fill up every now and then. It is not that difficult to end up making around $800,000 every single day when you have the Nightclub going in full swing.

For selling the items that you have in the warehouse in the Nightclub, you have access to different weaponizable loaders, such as the Speedo Custom, Mule Custom and Pounder Custom.

Use the Speedo Custom in the start and then upgrade to Mule or the Pounder, if you have large stocks to sale.

Make sure you completely upgrade the armor and equip as many weapons as you can to make your deliveries safe.

Another thing to keep in mind in any lobby with more than 3 players is Business Battle. Every 15 minutes, a random cargo crate containing some supplies spawns and players can deliver it back to their warehouse to get an additional $10,000 supplies in your stock.

Terrorbyte Warehouse
Night Club offers you the opportunity to harbor your own personal Terrorbyte. Terrorbyte gives you an ability to perform Client Jobs, which available in private sessions.

Four of six jobs you can perform alone, they usually take no more than ten minutes and bring from $30,000.

Quite often there are weeks of double payments for the Client Jobs in GTA Online. During them, the first four jobs bring from GTA$60,000.

Terrorbyte also offers a Mechanic Shop to weaponize your vehicles and delivery vehicles for the Nightclub. The truck costs GTA$1,375,000, its drone station costs $815,000.

Lastly, a couple of fun things that you can do is to buy a shot of Macbeth which will cause you to pass out and wake up at a random location.

You can also spray champagne all over the nightclub if you spend over 35k on the bottle. Also, try muting the music from your audio menu to laugh your ass off when you are in the nightclub.