How To Defeat Mr. Freeze In Gotham Knights 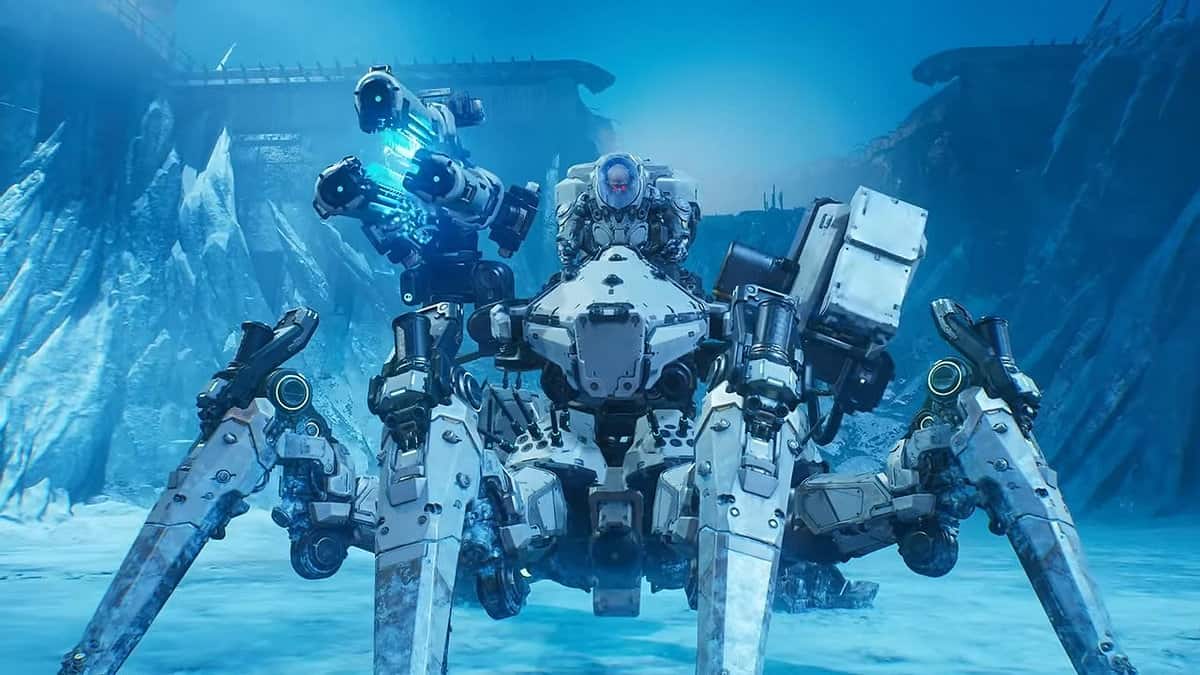 Dr. Victor Fries, also known as Mr. Freeze, is one of the many supervillains you will be taking on in Gotham Knights.

The departure of Batman from Gotham City turned him into a criminal as he had an agreement before to get resources from Batman to find his cure, but with the death of Batman, his resources vanished. Mr. Freeze became a villain, and his goals made him feel no morality toward society. Additionally, he’s enjoying his criminal actions and now cares less for his original purpose of being with his wife.

You will fight him at two different locations, and he will not make it easy for you in both battles. So, it is imperative to understand his tactics and learn some tips and tricks to overcome his intentions and defeat him in both places.

How to beat Mr. Freeze

Before we jump into the tips against him, we need to understand the solid sides of Mr. Freeze. He’s a tanky hero and will require a lot of hits before he falls to the ground, and in the second battle at the Prison side, his health bar is even more substantial compared to the first battle.

The recommended level to take on Mr. Freeze the first time in case 1.4: Gotham City on Ice is between levels 10-13. However, we do recommend that you get another couple of levels to reach at least level 15 to be on the safe side.

You should equip your melee and ranged attacks with fire damage before triggering the boss fight. In addition, make sure to have extra health packs for emergency heals.

In your first encounter, you will understand that Mr.Freeze attacks you differently. His right hand will be equipped with a Large Laser emitting gun, and he will take some time to fire through the gun. You can dodge the attacks easily as the laser is emitted in a straight line, but if you get hit, you will suffer substantial damage, so always move away when you see Mr.Freeze charging his gun.

The other attack that Mr. Freeze performs is based on AOE damage. He takes flight and slams his gun on the ground. You can see the radius of the attacks through the blue area around him. While he performs this attack you can use your range attacks on him.

Mr. Freeze will also launch some rockets toward your destination. The landing area for rockets can be spotted as red zones near you, so dodge the missiles at the time. Additionally, if you get too close, he will use his weapon to attack you quickly.

If all these abilities were not annoying enough, you also have to deal with his weather machine. Once his health level decreases by 30% or 75%, he will use his machine to attack you consecutively, and you must dodge them in every way possible.

To sum it up, your biggest allies in this battle are ranged attacks and high mobility. You can damage Mr. Freeze from ranged attacks and empower them with fire damage. Moreover, once he launches his Rockets, he becomes vulnerable to melee attacks, so get in and land your combos you drop his health bars. Due to his tanky nature, melee attacks are very crucial as they deal more damage; this way, you could be able to end the fight more quickly.

In the fight, try to use the Storm Machine as your cover and keep attacking while keeping your distance from him; this will provide you protection against his laser and other attacks.

How to defeat Mecha Freeze

As you enter the main chapter 1.6, Mr. Freeze will be changed into a Mecha Freeze, and his spider legs will create much more trouble for you now. You will counter him at the Blackgate Prison side during the Breakout at Blackgate chapter.

You will need to stick with your essential play from the first fight, dodge his attacks and keep poking him with your range attacks. However, Mecha Freeze will perform quick attacks using his mecha’s legs, so you must stay alert and move away from his line of attack.

Moreover, try to hit his yellowish legs, as it will cause him to collapse, providing you with an opportunity to land a massive melee attack combo and reduce his health bar.

Additionally, now Mecha Freeze will launch AOE attacks on a larger area. You can always move away from them by following the red markers on the ground, and there’s a pathway between the area inflicted by rockets that you could stay on to avoid getting damaged.

As the fight progresses and you cause Mecha Freeze’s health to go below 50 percent, he will leave the Prison site and move toward the lake site. Here he will launch massive area attacks, and the only way to get away from them is to use Grappling skills. Once he’s done with his attacks, you can perform the aerial attacks.

Throughout the fight, be on the run, keep inflicting damage from your ranged attacks, and get away from his laser shots, as they will freeze you and inflict massive damage.

You must follow the hit-and-run tactic to bring this giant Mecha Freeze down and complete the case for your bat family.

Understanding what we will gain by fighting this formidable opponent is essential. In Gotham Knight, you need XP and other items to become firm, so the accumulated amount of XP from both battles is 10860.

Moreover, you will also receive a silver trophy, “Snow Problem,” and a rare suit of your level. This means we should not fight this because it’s a part of the main story, but we should also do this to develop our character to become the best in the game.