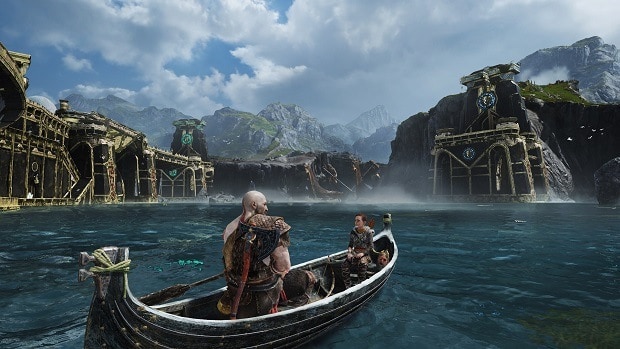 God of War has its fair share of collectibles with Yggdrasil’s Dew probably being one of the most important one of them all. They allow Kratos to grow stronger which will eventually prove mighty useful against particular enemies down the storyline. The following guide makes sure that players do not miss out on a single Yggdrasil’s Dew during their playthrough.

Before we get to the locations of the Yggdrasil Dew, let’s discuss what exactly it is and what it does.

What is Yggdrasil Dew?

Yggdrasil Dew Drops in God of War are magical drops of dew that come straight from the World Tree (quite a big deal). If you are able to consume one, you can level up a stat of your choosing indefinitely. This is much faster than progressing in the game until eventually, you level up your attributes.

How to get Yggdrasil’s Dew in God of War

To get and drink Yggdrasil dew in GoW, you simply need to collect them from the Various Yggdrasil Roots located all over the world.

To collect the Yggdrasil Dew, you will need a boat to get close to the root with the drop dripping out and then interact with it so that the Atreus picks it up.

You can only collect all the Yggdrasil Dew drops when the story is progressed to a point where you blow the serpent horn to reduce the water level of the Shores of the Nine.

Almost all these collectibles can be found near the Lake Area in Midgard.

How to Find Dew of Cooldown

The first one is during the early part of the game where you will have to row your boat during one of the missions in Alfheim. Distinguished by its blue glow, the first Dew of Cooldown will be hanging off a wooden branch. It will help you level up your Cooldown stat.

The next one will be near the island with the Elf Outpost. Heading northeast of it, as you row your boat in the lake, you will find one to boost your Cooldown stat.

How to Find Dew of Strength

You will find it next to the Alfheim Tower while rowing the boat in Lake of the Nine. This will be after the water level has dropped in the region. You can find it right next to two statues on boats. This will upgrade Kratos’ Strength stat.

For the next one, row southeast of the Lake near the dead giant. Grab the dew near docks at the Cliffs of Raven.

The last Dew of Strength is located southwest of the Lake behind the Niflheim Tower. Look for it below the destroyed ship.

How to Find Dew of Vitality

The first one will be located southeast of the island i.e. the Isle of Death. You can find this particular dew on a rock.

The next one will be found on a cliff. Head west of the island to climb this cliff and grab the dew right between Niflheim Tower and Iron Cove. This will boost your stat of Health/Vitality.

How to Find Dew of Luck

Heading to Buri’s Storeroom in Lake of the Nine region, you will find the first Dew of Luck near the giant golden gate at Stonefall.

For the next one, steer your boat to the northwest of the river and head north of the Forgotten Caverns. You need to enter the cave which has basalt rocks at its entrance and grab the dew which will boost your Luck stat.

How to Find Dew of Defense

South of the lake, you will be required to move near the docks Muspelheim Tower. The dew will be hanging from some entangled roots.

Remember the cave above with the luck stat? You need to head north of that to find the dew. It is near the Ruins of the Ancient Boat Dock. Your Defense attribute will receive a permanent boost.

How to Find Dew of Runic Power

You need to head to the coast of the Iron Cove southwest of the Lake of the Nine to grab the Runic Power. It is right next to the Iron Cove Boat Dock.