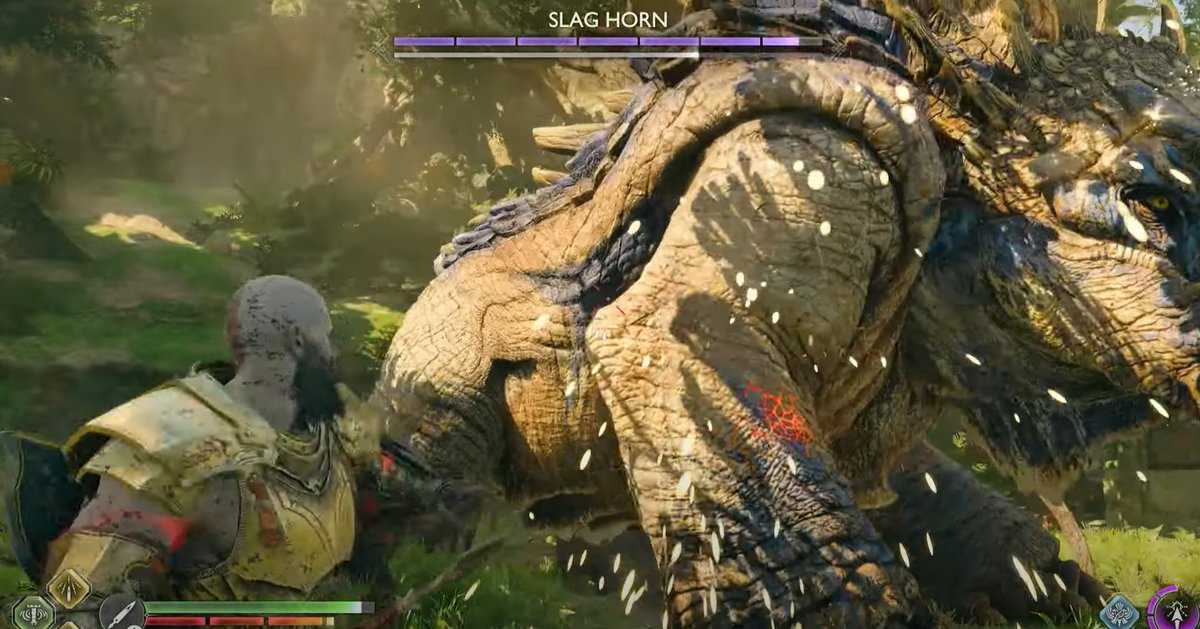 If you are struggling to somehow figure out how to finish Path of Destruction in God of War Ragnarok and defeat the drake that awaits you at its end, allow us to explain this favor in its entirety.

As mentioned before, Path of Destruction requires completion of River of the River. The favor starts automatically when you follow the giant footprints after flooding the valley.

Once the quest starts, you will see a well-type structure that will take you to the lower level. It is a cage that you will use to lure Drakes.

Drop inside it and hit the rotatable wooden structure with your axe. It will lift the cage, and you have to hit the circle right below it to hold it.

Now move out and circle in the area, and you will see two Drake there. When these Drakes start following, you take them to the cage and try to lock them inside.

You can hit the circle again to lower the cage. Once at least one of the Drakes is caged pull, the chain and your first objective will be complete.

How to defeat Slag Horn

Your next objective to complete this favor is slaying the Slag Horn. To find it head east and get to the river. There you see a boat, that you can use to move forward.

Head east in the water and continue following it until you see a boat dock with a blue flag on the right side. Dock your boat there and move forward through the path that has Dragons statues on both ends.

From the end, turn right and jump across. Head left and climbed up, again continue to head left. At the corner, when you turn right, you will see a small gap between the walls.

Use that gap to move ahead, and you will enter the Slag Horn arena.

The Slag Horn appears to be a big enemy, but it is relatively easy to beat. Its most dangerous attack is a tail turn and object throwing from the tail.

Moreover, Slag Horn will also leap towards you to bite you and hit you with horns. So the best strategy to beat it includes using a spear for attacks.

You should try to maintain distance and attack as much as possible. However, you can also use a sword in both hands and deal extra damage.

Pay attention to its tail, and when the Slag Horn tries to turn, get away as quickly as possible to dodge it. After that, again, continue to attack it using your best weapons and attacks, and it will be out in a couple of minutes. Once the Slag Horn is down, the Path of Destruction will be complete.