How To Defeat Gryla In God Of War: Ragnarok 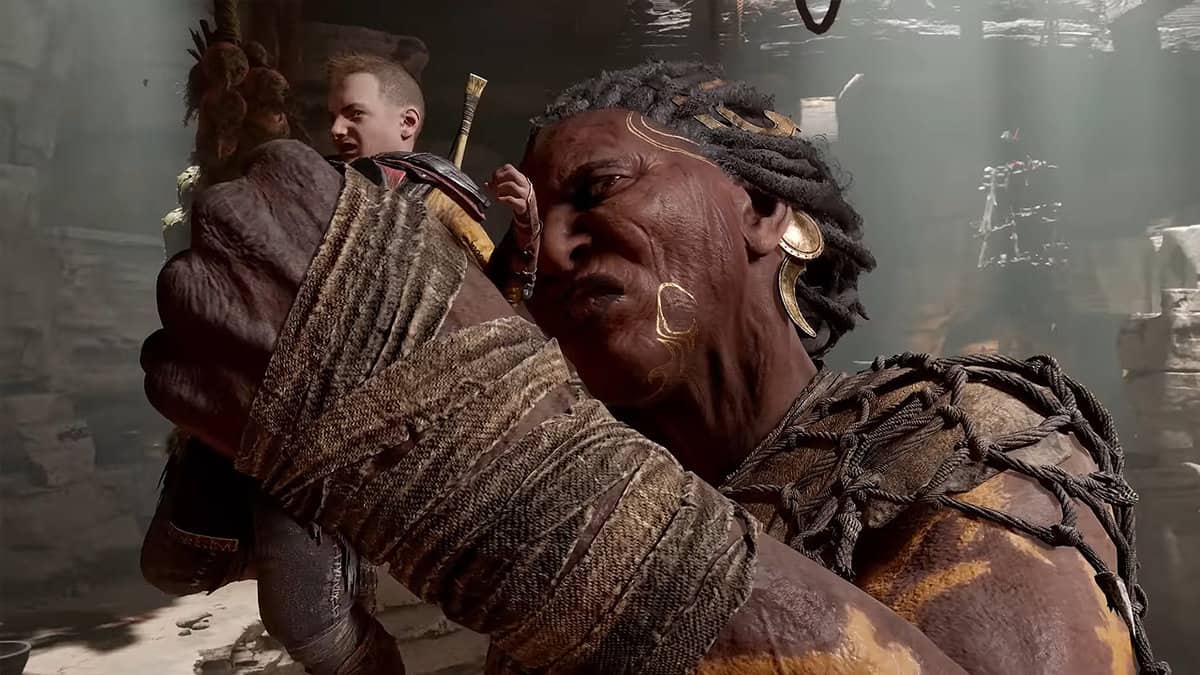 Gryla is another one of the main story bosses that you will encounter on your journey in God of War: Ragnarok.

She is a giant who can be found in the Jotunheim realm. She is also the grandmother of Angrboda, a friend and love interest of Atreus.

Gryla has taken possession of the souls of Ironwood Wildlife. You must now put her away as another obstacle in your path to prevent Ragnarok.

The following guide will tell you how to defeat Gryla by highlighting all of her attacks and moves.

You will face Gryla when doing the fifth chapter: The Lost Sanctuary. She can be found in her home which is located in the Jotunheim region north of Idi’s Sinkhole.

Stomp Attack
Gryla will as soon as the fight begins will deliver the stomp attack using her Cauldron. The players will get smashed from the Cauldron if not careful.

You can evade this attack by dodging as well as damaging the Cauldron by attacking it.

Purple Bomb Attack
In this attack, she will cast a spell using her Cauldron and then throw a powder that turns into a Purple Bomb that explodes and cause damage.

You can easily dodge this attack if you are moving and are little ways away from the center of the attack.

Ground Attack
In response to your attack, she will counter by creating a spell that covers the whole ground. Ground Attack can easily be identified as the ground will turn red during this attack.

The range of this attack is only limited to the ground and can be evaded by climbing on top of the cliff.

Homing Projectiles
Gryla will deliver projectiles on your way to deal damage to the Kratos. These projectiles will be slower than their other counterparts.

You can avoid this attack by countering it and shooting it mid-air.

Dark Projectiles
She will throw three fast-moving projectiles toward you to deal damage.

You cannot shoot these fast-moving projectiles. You can only get out of the way. Make sure to evade them by dodging or else take substantial damage.

How to beat Gryla

The only way that you can deal damage to her is by specifically attacking the stone that lines the outer surface of the Cauldron. You can easily deplete half of Gryla’s health by targeting each of these purple stones.

You will get a small vulnerability window after she loses the next half of her health. You can then easily attack her using close-range Melee attacks such as Blade of Chaos. You can also use the Angrboda attack in between other attacks.

Another vulnerability window will appear after you let Angrboda light the two candles when Gryla is in close proximity to them. Gryla will freeze and would not be able to attack or make a countermove giving you a perfect opportunity to attack.