How To Defeat Forest Ancient In God Of War: Ragnarok 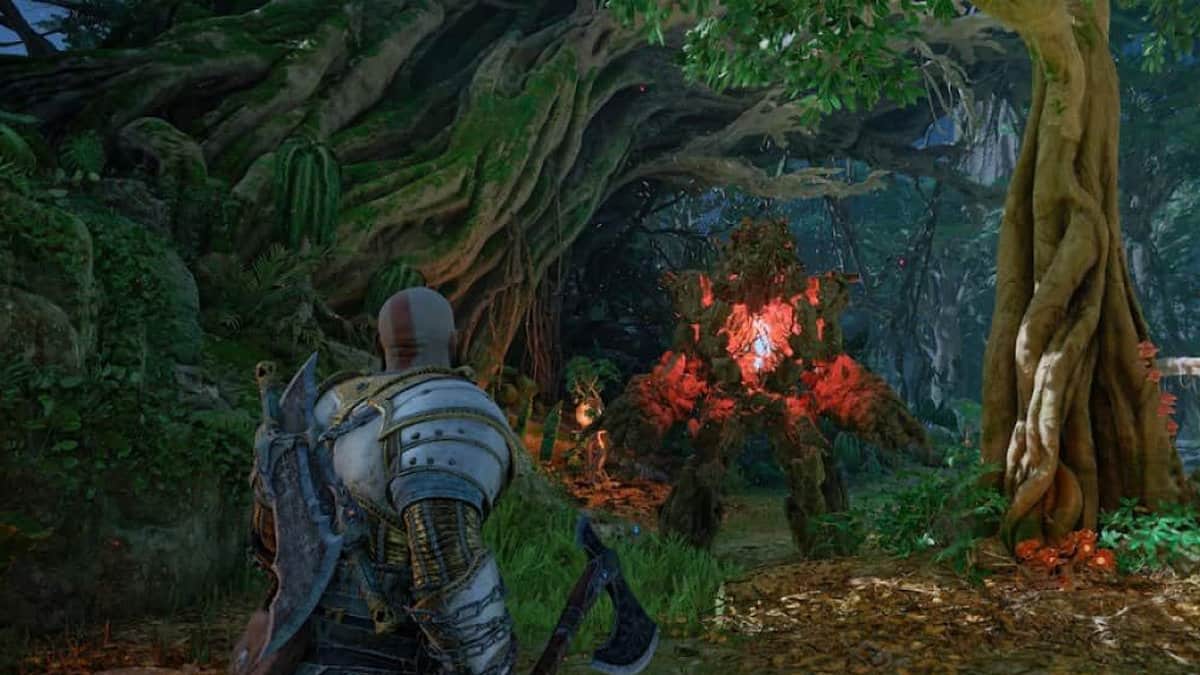 As you progress through God of War: Ragnarok, you will come across many bosses and mini-bosses that will put your skills to the test. One such mini-boss is the Forest Ancient, which players will recognize from the previous game.

The Forest Ancient, as the name implies, is a tree-like boss that has a thick bark for skin. This makes for his immunity to a lot of external melee attacks. Along with this, he also has a very large health pool and a variety of medium-long rage attacks.

The Forest Ancient is first encountered during Chapter 6: The Reckoning, specifically when roaming around the Abandoned Village in Vanaheim right next to Freyr’s Camp.

The Forest Ancient has no melee attacks. It specializes in medium to long-range combat via projectiles. The creature shoots these projectiles out from its red central core which only becomes exposed when it starts the attack.

There are three different types of attacks the Forest Ancient can pull off, with a singular additional one it initiates midway through the battle:

Flaming Laser
The Forest Ancient will change his stance for a bit to prepare for this attack. Its core will then become exposed, and it will shoot a red-hot laser beam toward Kratos which deals a lot of damage and also inflicts the burn debuff.

This attack cannot be blocked in any way. It can only be dodged by rolling out of the way or taking cover behind a tree or any other object having the capacity to block it.

Fireball Barrage
Following the same type of attack preparation, this time the Forest Ancient will cross his arms and in the same manner, release a barrage of fireball instead of the laser. There will be multiple fireballs which will inflict a lot of damage along with the burn debuff.

These can also not be blocked and will be avoided in the same way as the previous one.

Flaming Shockwave
The Forest Ancient will get down on all fours and emit a red shockwave from its body that radiates outward, dealing a lot of damage and inflicting the burn debuff as well.

This attack can be dodged by rolling out of the attack radius.

Summoning Legions
Once the Forest Ancient’s health is depleted to about half of it, it will spawn a number of Legions. These are small and annoying creatures with very fast attacks that cannot be blocked.

How to beat the Forest Ancient

The Forest Ancient has a thick outer bark that makes him immune to any type of damage. At first, it may seem impossible to defeat this guy, but it later shows that the Ancient makes for his own demise.

As he attacks you with his lasers and fireballs, you can see that it exposes its red central core. This core is its weak spot and the ancient takes a lot of damage when attacked at that spot.

Since the Forest Ancient exposes its core right before attacking, you have to time your attacks in such a way that you utilize that small opportunity while also staying avoiding getting hit.

Though this may seem like a hard thing to do, defeating the Forest Ancient with a strategy is a fairly easy task.

The first thing you have to do is to find cover, like a tree stump or a large rock. You can then use the peak tactic to draw in the attack, and when it does, you throw your Leviathan Axe at its core, then get back behind cover.

As you hit the core, the Forest Ancient will spew out a bunch of icy orbs. These orbs can be picked up and thrown at the Ancient to temporarily stun him, which allows for successive free melee attacks.

After several attacks, the Forest Ancient will drop to its knees and you will have the chance to deal a lot of damage – almost like a takedown. You will be prompted to press R3 and R1 and R2 respectively. Kratos himself will do the rest of the job.

After about half its health is depleted, the Forest Ancient will spawn a bunch of Legions. Although they may be misleadingly small, they do a lot of damage and their attacks cannot be blocked either. It is recommended to get rid of them first before you start fighting the Ancient, preferably with your Blades of Chaos.

Use the same strategy again until the Forest Ancient is defeated.