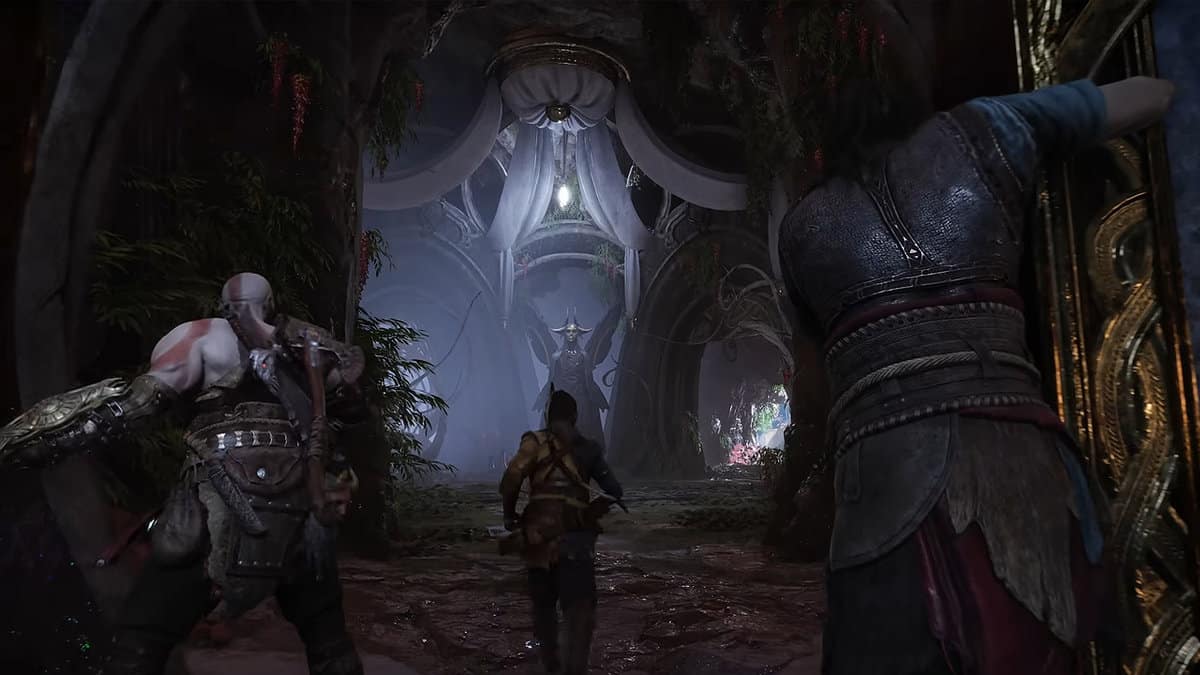 God of War: Ragnarok is the culmination of the Norse mythology-based adventures of Kratos and his son Atreus. Do any of the main characters die? Does Ragnarok actually happen? So many questions were raised following the first game and perhaps more over the course of your progression in the second one.

Before venturing any further, take note that there are going to be major story spoilers ahead. If you are still playing God of War: Ragnarok or intend to do so soon, it would be best to turn away now.

God of War: Ragnarok, as it turns out, has multiple endings but it is not that simple. There is the main ending which everyone can easily get by beating the main story. There is also a secret ending to unlock if you meet certain requirements. Finally, there are different epilogues that you can experience after you have completed the game.

The following guide will tell you how to get all of the God of War: Ragnarok endings and what they mean.

How to unlock God of War: Ragnarok secret ending

After completing The Realms at War, the last quest of the game, make your way to any store in any realm to speak with Lunda. She will ask you to go to Nidavellir to complete A Viking Funeral favor.

Head over to Raeb’s Tavern in Nidavellir to find Lunda, Raeb, and Durlin. They are preparing to give a proper funeral to Brok by taking his body to Sved Sands. You will get an option to pay your respects to the beloved character here.

Travel to Svartalfheim and traverse across its shoreline. The moment you cross the coastline, the secret ending will start rolling out a special cutscene of all of the dwarven folk holding a traditional Viking funeral for Brok.

Kratos will join the funeral followed by Brok’s sister, Sindri. They will eventually move on and send the boat off into the water. Freya will then launch a fire arrow that lands on the boat, completing the funeral and sending Brok to Valhalla.

After this, Sindri will leave and the full credits will roll out with the Blood on the Snow main theme playing in the background.

How to unlock God of War: Ragnarok epilogues

Nothing is missable in God of War: Ragnarok. Once the credits start rolling after you beat the main story of the game, you will return to find several more endgame quests and activities to do.

That includes tracking down all of the remaining collectibles but most importantly, you will get new side quests from some of the main characters that unlock various epilogues.

These epilogues are not really full-blown endings. They are more like little sendoffs to add to your main ending to tell you how the world has changed after you beat the game. You will also be helping some of the characters tie up some loose ends in the process.

Clear the Remnants of Asgard

You will get a new favor called The Remnants of Asgard after beating the game. There are those still loyal to Odin and they are not too happy to see him killed. You will need to find and clear all of them to unlock some new dialogues.

Be ready to Defend Your Valor

Defend Your Valor is a side quest that will activate after you beat the game. You will need to travel to Muspelheim with the best gear possible. Completing this quest will unlock new dialogues to add to your main ending after you return to Hoddmimis Holt in Midgard.

Get a pouch of Yggdrasil Seeds

You can activate all of your remaining Mystic Gateways after beating the game. Head to Sindri’s house and get a pouch of Yggdrasil Seeds from Ratatoskr. They will be enough to let you travel to all of the realms and to any Mystic Gateway in them.

Get a special hammer

Speak with Lunda to know about a workshop in the Alfheim Canyons. Head over there to see Thurd embarking on a journey of her own. There will also be a special hammer here that you can take for yourself.

Return to Niflheim to discover a brand-new path unlocked that leads to an Aesir prison. Head inside to discover the real Tyr. Free him and you can later find him learning Tai Chi at Freya’s Camp.

Fenrir is not dead. He will be free once again after you beat the game. Head to Jotunheim and speak with Agrboda to pet Fenrir.

If you return to Kratos’ home in Midgard, you will find a journal in which Atreus talks about his travels.