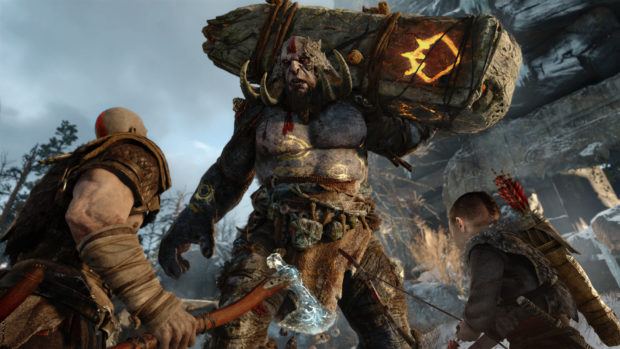 An updated listing on Amazon reveals the God of War Digital Deluxe Edition in all of its glory for the PlayStation 4.

It is priced at $69.99 and features several digital goodies. Besides the base game, the bundle comes with the official soundtrack and an art book. There is also an exclusive dynamic theme for the PlayStation 4 as well as a mysterious comic book issue.

It is a new beginning for Kratos. Living as a man, outside the shadow of the gods, he seeks solitude in the unfamiliar lands of Norse mythology. With new purpose and his son Atreus at his side, Kratos must fight for survival as powerful forces threaten to disrupt the new life he has created…

During its press conference at the Electronic Entertainment Expo (E3 2017) in June, Sony confirmed that God of War would release sometime next year. The latest listing from the retailer suggests that to be June 30.

There have been other listings this past week as well, all pointing towards a summer release. Without any official nod from Sony, we can only take the release date as a placeholder. The company is likely to announce a concrete date during PlayStation Experience (PSX) in December.

The new God of War installment is set right after the events of the original trilogy. The ash-covered spartan has now entered the realm of the Norse gods, from where new beginnings will take roots. According to game director Cory Barlog, there are going to be more God of War games in the future.