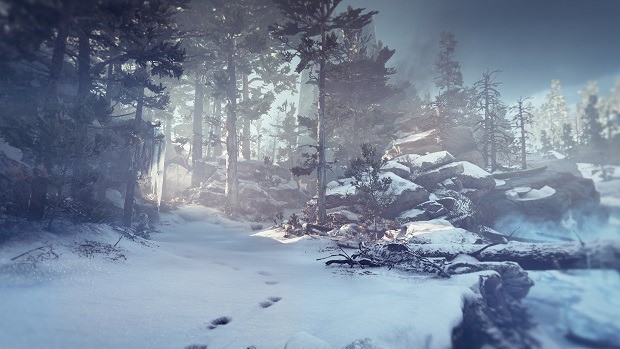 Gaining entrance to the realms of Muspelheim and Niflheim might prove to be a cumbersome adventure on its own in God of War. Hence, why the following guide makes the job relatively easy by marking the exact locations from where players can collect the required Language Ciphers for both Muspelheim and Niflheim.

Before you can expand on your epic journey, you will need Atreus’ to learn something vital. We are talking about the Cipher Texts that will help him learn the languages and gain access to the respective realms of Muspelheim and Niflheim.

These parchments will be hidden in purple chests in Midgard for you to unlock. There is a total of seven cipher pieces for each of the two Realms. However, you will be required to obtain only four of them to be able to acquire the Travel Rune for each realm. This travel rune, when taken to the Bifrost, will transport you to the realm for which you have completed the set of ciphers.

How to Unlock the Muspelheim Realm

To unlock the Muspelheim Realm in God of War, you need to obtain the four cipher pieces. By collecting them all, you will acquire the Muspelheim Travel Rune. You will now be able to access the Muspelheim region where you can take part in a number of challenges to boost your stats and earn some epic goodies.

Below are the locations of all 4 Muspelheim Ciphers that you’ll need to make the Muspelheim Travel Rune and unlock the realm.

In the Lake of The Nine region, make your way to the Forgotten Caverns that is to the west of the island. Look for a chain near a Nornir chest and climb it to reach a platform that has the chest on it. Unlock to it grab your first Cipher.

Location: Cliffs of the Raven

In the Lake of The Nine region, make your way to the Forgotten Caverns that is to the west of the island. This will be the first time that you encounter the Wyrms on your way up to the base of the mountain. When you enter the gate on the bridge leading to Tyr’s Temple on the opposite side, you will see a vent throwing poison gas. Use the Leviathan Axe to freeze it.

Following that, you will have to jump off the platform to climb on the one on the other side. Look for a chain near a Nornir chest and climb it to reach a platform that has the chest on it. There you will see the chest near another vent of poisonous gas. Freeze it as well to unlock it and grab your first Cipher.

East of the lake, move forward until you come across the corpse of a giant troll. These are the Cliffs of the Raven which is located to the southeast of Tyr’s Temple. Once there, you will find an area blocked by some wooden ledges. You will have to throw your axe to break through the board to make an opening for Atreus to enter that area.

Having made an opening through the blocked passage, send Atreus through to explore. He will end up on top of the ledge from where he will throw down a rope for Kratos to climb up. You will have to go near that area to have him drop the chain which you can use to climb up and unlock the purple chest.

In the early part of the game, you will pass near this chest even before you went to the Lake of Nine. However, right now, you will not be able to access the area where the chest is held. Only once you have visited Alfheim and return with the Shock Arrows, can you open that blocked passage to get to the chest and obtain the cipher.

Once there, ride the elevator up to the main floor. Use shock arrows to clear off the sap and head west of the Witch’s house, hugging the wall. You will come across an area with a green glow along with the chest for the Cipher.

How to Unlock the Niflheim Realm in God Of War

As with Muspelheim, you’ll need to collect 4 Cipher pieces to unlock the Niflheim Realm. Return to the Bifrost at the top of Tyr’s Temple once you’ve collected all of the pieces to enter the next realm. Niflheim is a frightening region in which players must negotiate a maze of trials, riddles, and enemies while staying under a time constraint.

Location: Ruins of the Ancient

The Ruins of the Ancient is located to the north-west of the lake. There you will find a Soul Devourer Ancient that is probably one of the strongest Ancients. You will have to take him down in order to get to the chest.

Although very strong, this Ancient is not so hard to beat as you have already beaten a fair share of other Ancients until now. After having defeated the Ancient, look around to find a chest near a pillar. Unlock that chest to find the first piece of the Niflheim Cipher.

Land your boat on the beach east of Vanaheim Tower and then look for a wooden wheel that you can spin. Hit it to clear the path that was previously blocked by the spikes.

You will have to climb two ledges one after another until you can see two red crystals when you look down. Shoot the crystals with the Shock Arrows upon which they will blow up to clear the passage nearby that was blocked by rocks. Head inside and hit the wheel again to clear the spikes around the chest and grab the Cipher.

East of the channel and near the tower, land on the beach. Near the chest covered with a blue shine, climb up the wall. Move forward and look down to make out a World Tree sap crystal that you can shoot it with the help of Atreus’ arrows. This will open the pathway to your third Cipher here.

You will have passed this area during the main storyline but you will not be able to access the chest at the time. Therefore, this cipher will be easier to find, as you are already aware of this area.

After returning from Helheim and to the mountains, head up to the big room that previously held the mining claw that you used earlier in the game. Use the elevator here and go past Sindri’s shop to grab your final piece of the Cipher.