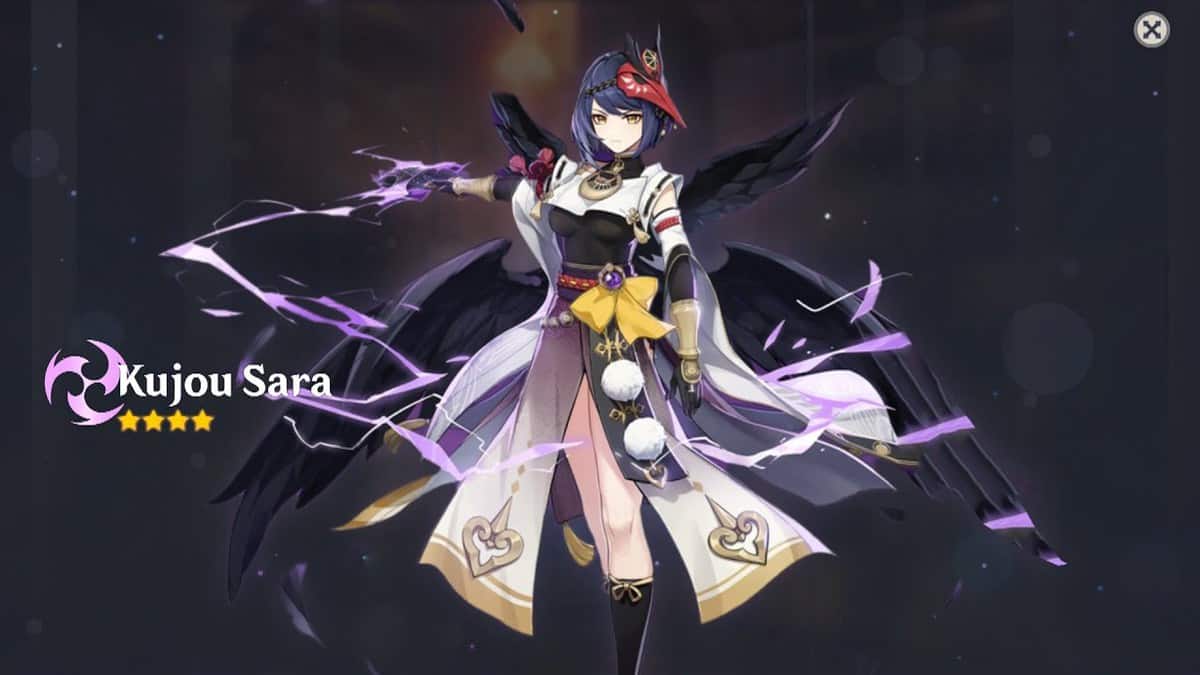 In this detailed Genshin Impact Kujou Sara Character guide, we will discuss everything you’ll need to know about Kujou Sara. We’ll go through all of Kujou Sara’s abilities, passives, constellations and even ascension materials.

Kujou Sara is a follower of Baal and a participant of Vision Hunt Decree. She is a Bow user with an Electro Vision.

Since Kujou Sara is a four-star character, she should be able to share her banner with another character.

Ranged: Since she uses a Bow, all of her attacks are ranged.

Kujou Sara will retreat and summon a Crowfeather. The Crowfeather will be active for 18 seconds.

If a fully active shot is fired on an enemy in this time, the Crowfeather cover will then go at the target’s location. This then triggers Tenju Juurai, an ambush that deals Electro Damage as well as granting Kujou Sara an attack buff based on her base stats.

Tenju Juurai: Titanbreaker breaks into four Tengu Juurai: Stormcluster that then deal Electro Damage in an area of effect. These can also give party members attack bonuses like Tengu Stormcall.