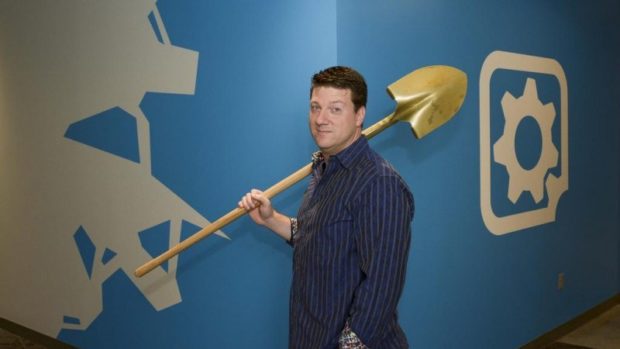 Gearbox Software CEO and president, Randy Pitchford, has a colorful reputation in the game industry for his various scandals like releasing broken games like Alein Colonial Marines just to name one. However, karma has struck Randy Pitchford hard as he got his $3 Million ripped off by his very own personal assistant.

As reported by DallasNews, Randy Pitchford’s personal assistant, John Wright Martin, ripped off $3 million. According to the report, Martin had a taste for the lavish lifestyle as he bought expensive furniture, going on vacation, and donating thousands of dollars to charity.

However, he didn’t spend a nickel on any of this instead used other people’s money to pay. In 2014 Gearbox CEO Randy Pitchford hired John Wright Martin as his personal assistant with a salary of $45,000 a year.

In 2015, Martin bought a home in Frisco’s tony Newman Village with a market value of $591,000. Real-estate site Zillow describes the house as one with “custom renovations by interior designer John Wright Martin” that are “tailored for a lifestyle of luxury.”

According to Randy Pitchford, with time Martin got better and better “at finding ways of spending our money”. Not only that, he also forged Kristy Pitchford’s name on at least seven checks from her personal account with amounts over $73,000.

Things got way out of had to the point that Kristy Pitchford received a notice that her account doesn’t have enough money to make payroll.

By 2016, Martin had left the job as the personal assistant to pursue a career in interior design.

When contacted by Kristy Pitchford, he said that it is just an account mix-up and will pay up. However, he kept stalling. Randy Pitchford noted that nearly $3 million were ripped off by Martin.

While I don’t support conning other people but, I do believe that Karma has bit Gearbox CEO Randy Pitchford where it hurts.

Randy is known for some shady business practices like showcasing a “fraudulent” demo of Alien Colonial Marines and spending Sega’s funding for the game on Borderlands while outsourcing the Aliens Colonial Marines.

This is just one of the scandals that Randy Pitchford had to face. The moral of the story is quite simple, what goes around comes around.