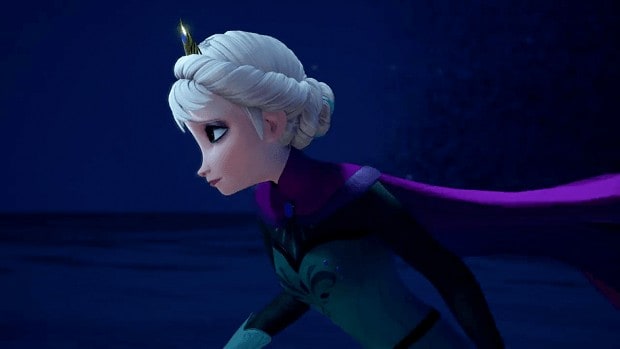 The past year has been an exhilarating and largely successful one for video games on all consoles. We have smash hits in the action/adventure genre with the likes of Red Dead Redemption 2, God of War, Spider-Man, Detroit: Become Human, and Shadow of Tomb Raider to low-key indie success stories including Celeste, Into the Breach, and Below.

The first-person shooter scene was more prominent than ever thanks to Call of Duty, Battlefield and Far Cry bringing new and innovative entries in the series.

Fighting games also received a lot of love with the likes of Dragon Ball FighterZ, SoulCalibur VI and how can we forget, Super Smash Bros. Ultimate that we had been long waiting for.

There were also other gems including Forza Horizon 4, A Way Out, Warhammer: Vermintide 2, Just Cause 4, and Hitman 2.

Of course, 2018 was not without disappointments and games not living up to the hype including the change in direction with Fallout 76 and the lackluster Sea of Thieves.

With some many titles already announced, teased, and confirmed for release, we take a look at some of the hottest titles coming out in January 2019.

So you should definitely keep an eye on the games below as you sure don’t want to miss out on them.

Below, you will find the most noteworthy games coming out this month sorted by their release date. We have also provided relevant information about the game including any gameplay showcases, meta, and what you can expect from the game.

This is a direct port from the hit Wii U game and the plot is essentially exactly the same and all the other elements that were originally in the base game will return along with a new DLC, New Super Luigi U.

In addition to Mario, Luigi, and Yellow Toad; two new playable character makes their way into the game: Toadette that plays similarly to the two princesses: Peach or Daisy and Nabbit which is a good starting characters for beginners as her abilities allow you to progress easier in many of the difficult levels of the game.

Although there are no significant differences between the versions on the Wii U and Switch, fans who will love to give the game another spin are welcome to do so because of the new characters while newcomers, who didn’t get a chance earlier, can try it out now.

Another game being ported to current-gen consoles, this is a remastered version of the popular PS2 samurai game, developed by Capcom which was the very first game of the Onimusha series.

As a high-res remaster, enhancements in the graphics department were made that are reflected in the details of the environments and character models.

Furthermore, the character’s movements and the attacks can now be controlled via the analog stick when in the original version; it was only possible through the directional keys on the pad.

The quick and brutal swordplay is still there, and so are the fixed camera angles that made the original game so iconic and gave it a Resident Evil like feel.

Fans of the ‘hack n slash’ genre who are looking to experience some decent combat and narrative to go along with it should definitely pick this game up.

Even horror genre fans, especially those of Resident Evil, will find some resemblance and so the familiarity will help when they play through the game.

Many fans were disheartened at the cancellation of the final season of Walking Dead at the expense of Telltale Games being shut down but since then a new hope has been breathed in thanks to the new publishers, Skybound Games.

Titled ‘Broken Toys’, the penultimate episode will bring us ever closer to the conclusion of Clementine’s long and harsh journey. Where we last left Clementine, she is brewing vengeance against the raiders who landed an attack on the school that resulted in fatalities of some students and dear friends of Clementine.

It goes without saying, fans of the series wanting to experience the closure to Clementine’s story as well as those who just want to marvel at a Telltale game even after the studio’s closure, are welcome to play this episode.

From the long-running series created by Bandai Namco, we have the latest installment heading our way soon. For those unfamiliar, this is the first current-gen title in the Ace series since Ace Combat Infinity launched back in 2014 on PS3.

With a new local two-player multiplayer option, a new engine in Unreal Engine 4 and support for the PS VR, this is the flight simulator/action game you have been waiting for.

The plot revolves around the conflict, Second Usean Continental War, between Osean Federation and the Kingdom of Erusea. As confirmed by the developers, the flight combat simulator will play out in 12 hours for the main story and a whopping 50 hours for completionists, thereby giving players a run for their money in this stacked month of January.

A top-down-shooter that serves as the next entry in the No More Heroes series, though not as a sequel but rather as a spin-off. Embracing its ‘fourth-wall breaking’ and ‘meta’ nature of the narrative, the game is said to include levels and elements from various indie games of the past to pay homage to them.

Two such games are Hotline Miami and Shovel Knight, while others will only be known once we get hands on the game itself. The hack-n-slash combat style, iconic to the series, is still there.

Players looking to get blown away by genre mixing including platformer, puzzle sequences, racing sessions, and fun slash-em-up elements. Furthermore, the game can also be played locally with one of your friends.

Back to its former glory and more, the Resident Evil franchise and Capcom presents a complete overhaul in the graphics and physics department with its RE engine. Replacing the fixed camera angle for its over-the-top shoulder typical third-person shooter view, the game is scarier and more dynamic than ever.

On PS4 Pro and Xbox X, the game runs at a solid 60 FPS and at 4k, serving as the perfect visual spectacle in a zombie apocalyptic world.

The game will also incorporate Resident Evil’s 4 ‘dynamic difficulty’ whereby failing a particular section or objective multiple times will lead to an automatically easier experience, while the difficulty will change drastically to a harder experience should the player excel at what the game throws his way.

Limited inventory space, scare ammunition and claustrophobic levels keep the tension and horror in the original game and builds upon that to present a fresh new experience.

Announced back in 2013, when we say it has been a long wait for Kingdom Hearts III, we really MEAN it! Being the final chapter of the Dark Seeker storyline, our hero, Sora and the supporting cast: Donald Duck, Goofy, King Mickey, and Riku strive and struggle to prevent a second Keyblade War.

In their adventures, they will team up with various Disney and Pixar characters and settings which you can find a confirmed and comprehensive list of.

Traversing the many worlds, players will need to overcome different challenges and learn new mechanics and techniques along the way as they fight on all three fronts: land, air, and sea.

Players will partake in both first-person and third-person segments as they divide their time and energy between exploration and combat.

Of course, the soundtrack of the game on its own pulls at every heartstring. I will just say the release of this game is about nostalgia, legacy, and anticipation. Jan. 29th cannot come soon enough!