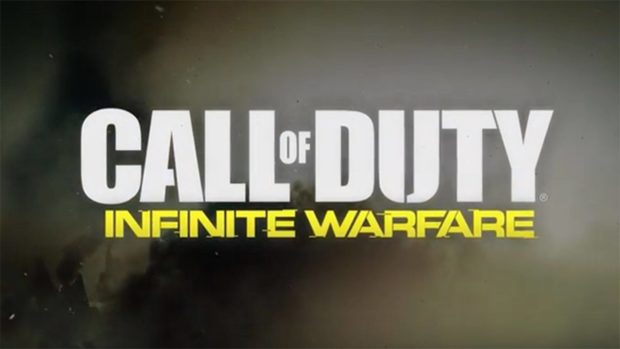 French Call of Duty: Infinite Warfare trailer features some new footage including a few sneak peeks of other areas of gameplay. These clips were actually a departure from the first level and the space battle missions that we’ve seen from Activision over the last few months.

Since Call of Duty: Infinite Warfare is going to be taking place all over the solar system, it’s only logical that the game should take you to the surface of other planets besides Earth. Some of what the French Call of Duty trailer shows includes vehicle combat on the moon, with your squad riding moon buggies.

At least one other clip also shows what looks like Reyes (your character) doing a rather violent descent onto a different planet.

Considering that ever since Call of Duty: Infinite Warfare was first revealed we’ve mainly only see the opening level (the Settlement Defense Front’s massive surprise attack on Geneva) and a few space battles, seeing things like moon combat or some of the other set-pieces that are in the trailers actually make Infinite Warfare show some promise.

With everything that Call of Duty and Battlefield will both be bringing to the table in autumn of this year, their videos over the next few months until release are likely going to be dealing with the best ways to one-up one another.

Thankfully Infinite Warfare has managed to avoid the sort of controversy that Battlefield 1 is undergoing, since it not only has female soldiers (along with numerous non-American, non-white soldiers and one robot) but also isn’t springing any controversial DLC for now.

Hopefully Infinite Warfare will eventually show us some of the stuff that we’ve seen in the French Call of Duty trailer, rather than relying on the space battles and futuristic setting for its main selling points.