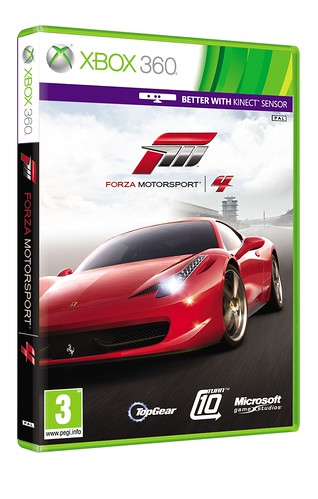 Microsoft has revealed the box art for the upcoming arcade-come-racing simulator Forza Motorsport 4 and surprise surprise, it comes with a confident marketing message, ‘Plays Better With Kinect Sensor’.

Forza Motorsport 4 box art graces Ferrari 458 Italia as cover. Developer Turn 10 took the stage to announce that a limited collector’s edition will be released ‘Thank You’, which apparently will be detailed at a later time and their will be a list of exclusive cars you will be able to get, if you pre-order the game.

I hate to break it, but game developers are becoming obvious day by day, it would have more interesting news bit if they have just revealed something Forza fans weren’t expecting.

Anyway, one thing you would be interesting is, knowing what you will get for pre ordering Forza Motorsport 4, that is, Subaru Impreza WRX STI at Amazon; BMW 1 Series M Coupe at Best Buy; an Alfa Romeo Giulietta Quadrifoglio Verde at GameStop; a MINI John Cooper Works Clubman at Wal-Mart; or a Honda CR-Z EX at Target. 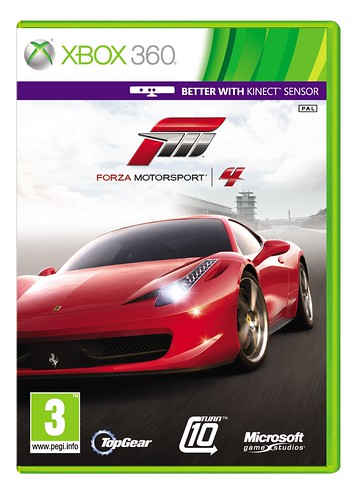 If you have a minute, tell us how lucrative these bonuses are you, and tell us why you hate or love pre-order bonuses.