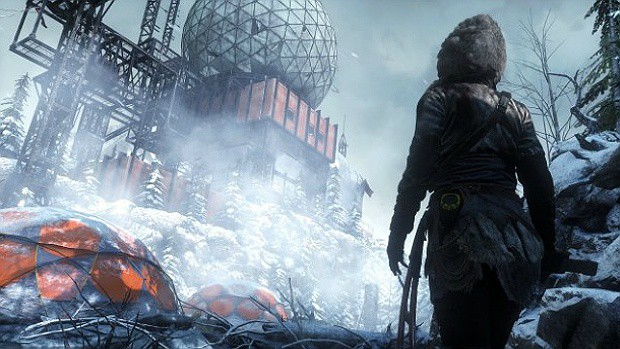 Shadow of the Tomb Raider is the next installment to Lara Croft’s adventures and even though there’s no huge news about it, we already know that it will be set in a Mayan environment. Latest information gives out that the first Shadow of the Tomb Raider gameplay footage will be getting revealed this Friday at Tribeca Film Festival, along with a playable version of it.

Join the creative team behind the critically acclaimed and world-famous TOMB RAIDER® franchise, which has sold over 63 million copies globally, as they discuss the evolution of Lara Croft and share in the techniques, tools and inspiration behind the series. Daniel Chayer-Bisson (Senior Game Director), Jill Murray (Lead Writer), Rich Briggs (Senior Brand Director) and special guest Camilla Luddington (performance artist for Lara Croft) will be on hand for this special event moderated by Geoff Keighley.

The Special Preview of Shadow of the Tomb Raider at Tribeca Film Festival starts at 4:20 PM EST with the panel conversation on Friday, Apr. 27th. Square Enix didn’t give out any information about the game yet, other than it will be set in America where Lara Croft will have to stop the Mayan Apocalypse.

Shadow Of The Tomb Raider is presumed to have taken its inspiration for the game, from the Mayan world, let us hope that is the case for it will be really interesting. The game launches on September 14 on PS4, Xbox One, and PC.