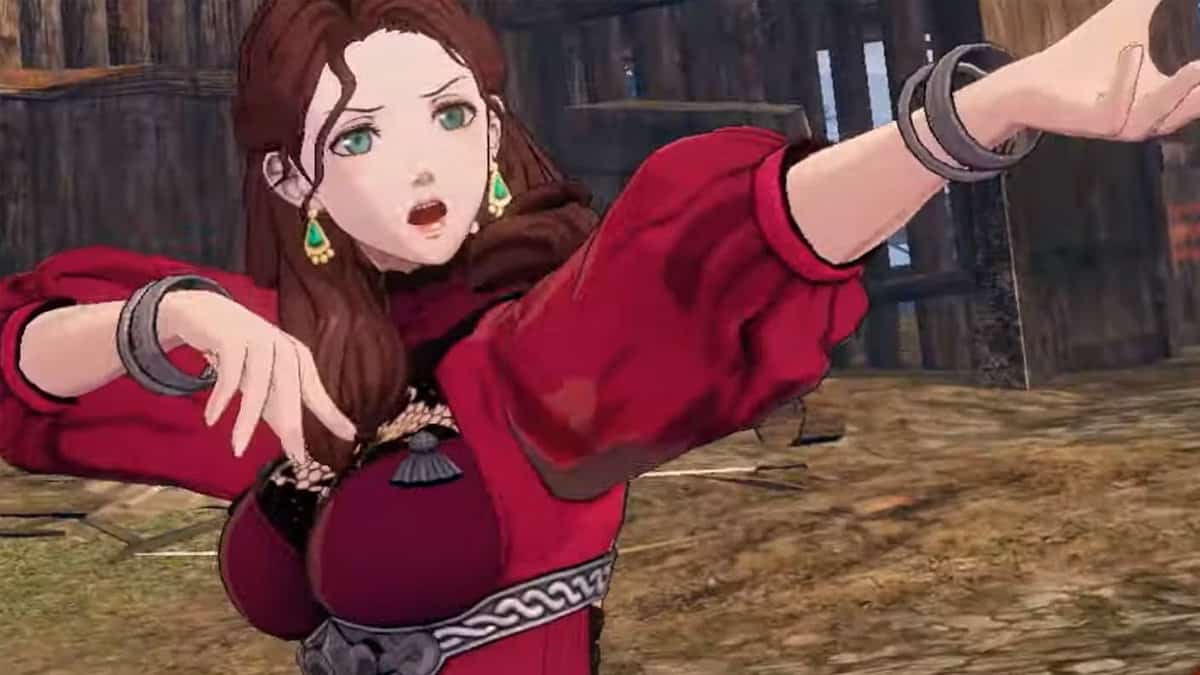 Dorothea is all about singing and entertaining and enjoying the good things of life in Fire Emblem: Warriors: Three Hopes. On the battlefield, however, she can use powerful magic to heal allies as well as push back enemies.

Dorothea is a member of the Scarlet Blaze and is one of the many playable characters in the game.

The following guide will walk you through all there is to know about recruiting and playing Dorothea, her abilities and combo attacks, and more in Fire Emblem Warriors: Three Hopes.

How To Recruit Dorothea

When you first meet Dorothea, she will be an enemy. Once you defeat her unit in battle, you can use the Persuade Strategy to make Dorothea an ally. Persuading Dorothea will cost 10 Strategy Points.

The Mage class is the best class for Dorothea. It allows her to use powerful magic to decimate enemy units while gaining powerful resistance against their magic attacks. Just note that by choosing the Mage class, Dorothea will be safer when fighting from range.

Fire
It not only provides Fire magic to all units but also increases their effectiveness if they already have it.

Bow Buster Lv 2
It increases your damage by 85% against enemies with bows. Since Dorothea will be fighting from range, this skill makes her lethal against enemy archers.

Mage’s Wisdom
It increases your damage further. Just watch for your gauge which will deplete quicker.

Lifeforce
It greatly increases your damage but at the cost of self-sustained damage. Dorothea will make use of her supporting abilities to heal that health loss back up.

Prismatic Resonance
This is an action-type ability in which Dorothea has a small chance to spawn musical notes around the enemy unit during regular attacks. If an enemy comes into contact with these musical notes, they get hit with elemental shockwaves.

Songstress
Songstress is a support-type ability that restores HP and Awakening Gauges of nearby allies by a small amount when a Warrior Special is completed by your unit.

Center Surge
This is a tactical-type ability that increases the damage done to enemies by 30% when you order Dorothea to seize.

How To Use Dorothea

Dorothea plays best as a support as she has decent support spells and can help units recover their HP and Awakening Gauges in time of need.

Her combo attacks are all magic attacks that revolve around knocking back enemies. This becomes advantageous if enemy units are either surrounding an objective or are trying to push.

Hence, Dorothea can be really useful when protecting a point as she can keep pushing enemies away using her different combos.