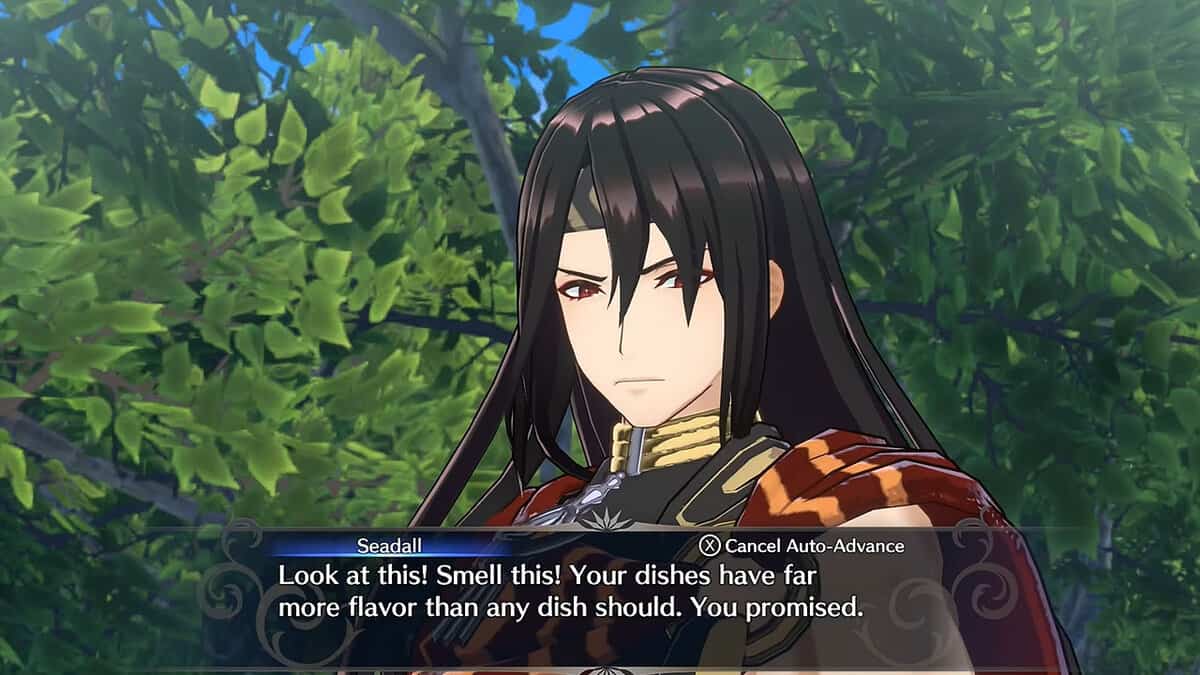 Seadall is a professional dancer and fortune teller hailing from the Queendom of Solm. You are first acquainted with him in Chapter 15: Dancer in the Ruins however it is not until Chapter 16: Seashore Travels that you have the opportunity to recruit him to your team.

Seadall is the exclusive male dancer in the entire Fire Emblem franchise making him a unique addition to your roster. You can read more about Seadall, how to recruit him, and his best class and emblems in Fire Emblem Engage, in the following guide.

How to recruit Seadall in Fire Emblem Engage

Unlike most Fire Emblem Engage characters, Seadall is one the few exceptions that aren’t automatically recruited to your team by simply progressing the story. You will need to take a few extra steps to add him to your roster.

You will first meet Seadall in Chapter 15: Dancer of the Ruins however you will not be able to recruit him until further along the story. You must first complete Chapter 16: Seashore Travels. Where after the final fight sequence you’ll have the opportunity to have a conversation with him.

Use Alear’s Talk ability and speak with him to add him to your roster.

The best class for Seadall is the same as the one he starts out with, the Dancer class since it matches his Qi Adept Battle Style. Seadall also has an S-tier proficiency in the Mystical Arts weapon type that the class provides.

The Dancer class also allows him to learn the Special Dance class skill. Special Dance can be used on any of your allies to provide them a +3 boost in Dexterity, Speed, and Luck, should the user use Dance.

This skill further improves Seadall’s role as a support unit and adds to his healing capabilities as a Dancer.

This skill proves to be very useful since it triggers at the start of each turn and allows him to provide support to his allies.

Every character has certain preferences, based on their personality, on which gifts they would like to receive. You can simply start a bond conversation with Seadall and then choose the option to gift him the item that you want.

Other than Horse Manure, every item that you gift a character can help improve your relationship with them. However, gifting an item that a character prefers can significantly improve the amount of bond that you improve with.

The following items are the best gifts for Seadall:

The best emblems to pair with Seadall are Marth, Micah, and Corrin.

Seadall primarily won’t participate much in your team’s damage output. You must simply ensure his survivability, so he continues to dance and provide healing support to his allies.

Marth is a good option to achieve this since he is able to boost Seadall’s evasiveness through his inheritable skills.

Micaiah can also improve Seadall’s survivability and allow him to continue dancing through the fight. If you equip Seadall with Micaiah’s Ring you will heal throughout the battle, allowing Seadall to stay alive.

Corrin grants you an HP boost throughout the battle and is another great Emblem pairing with Seadall.

Seadall’s base stats are unimpressive which isn’t a major concern since he doesn’t necessarily participate in the fighting. You should just focus on keeping him alive by finding ways to boost his HP.

You will find Seadalls’s base stats listed below.

If you want Seadall to be a part of your main roster, you may be interested to know how his stats develop as you level him up.

You will find Seadall’s stat growth information listed below.