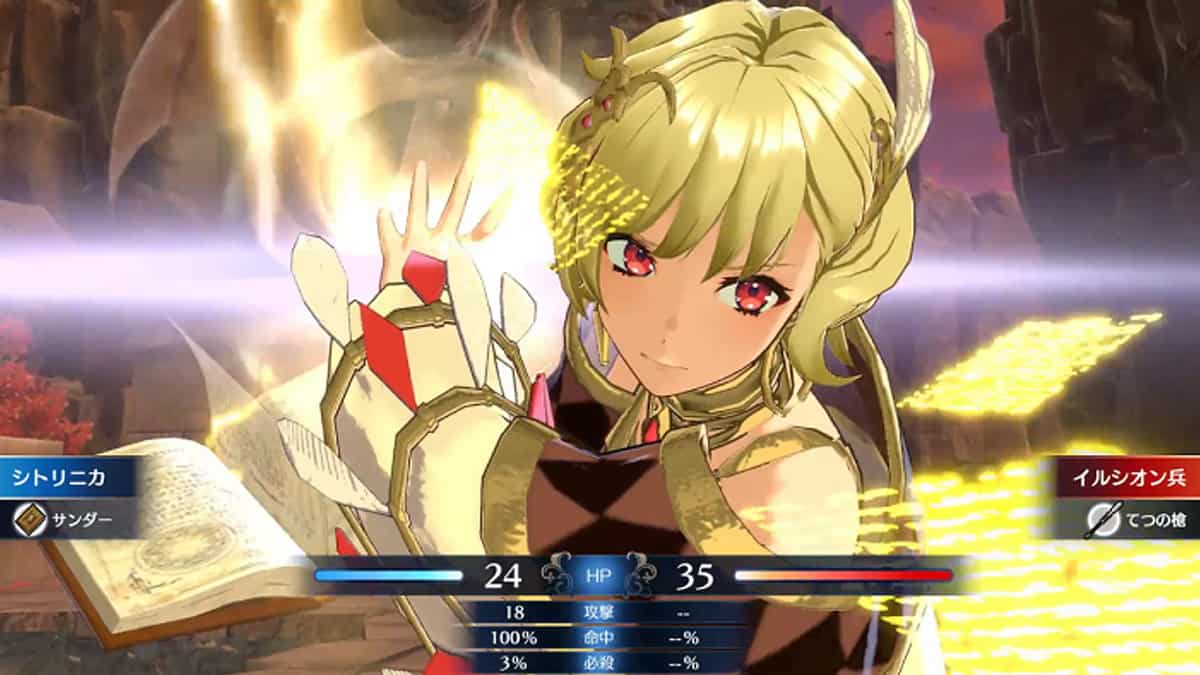 Citrinne is one of the best Mages you can recruit in Fire Emblem Engage. She’s a knight of Brodia, so you’ll meet her when you reach the said location in Chapter 7. Moreover, Citrinne is also the daughter of the Grand Duke and a loyal retainer to Prince Alcryst.

Since she’s a Mage, her base battle style will be Mystical, and mainly uses the Fire element. Read on through this guide to learn more about Citrinne, including her best class and skills.

How to recruit Citrinne in Fire Emblem Engage

Recruiting Citrinne in Fire Emblem Engage is a fairly simple process. You don’t really have to do anything for it, as she will be automatically recruited at one point in the game.

Citrinne will be recruited as part of your unit during the first battle of Chapter 7: Dark Emblem. At the start of this chapter, you will find yourself in Brodia. Whilst you are in this kingdom, you meet with Lapis, Alcryst, and Citrinne.

Alcryst first mistakes you for bandits, but realizes later on and apologizes. As you make your way along with the new trio, you will encounter Hortensia and battle against her.

Citrinne is automatically recruited to your roster after completing this battle. This cannot be missed as it’s part of the main storyline – so rest easy.

Citrinne is one of the two characters in Fire Emblem Engage with the Mage starting class – the other one being Clanne. She uses the fire element as her weapon of choice, and has a default class progression of the Sage class.

That said, the Sage class would be the best one for Citrinne in the long run as she has an S proficiency with this one. You can set up Citrinne as a Sage via the Master Seal.

Moreover, with the Sage class, Citrinne gains the Spell Harmony ability. With this ability, if one of your units starts an attack with a tome, it grants “Attack” equivalent to the number of adjacent allies with tomes.

Being a Mage (with her base class), Citrinne is quite experienced with Magic. The ability to heal comes with her prowess in magic, as does her personal skill – Generosity Skill. This personal skill allows Citrinne to heal herself while also healing her allies with the same amount of HP in the process.

There are a lot of characters that Fire Emblem Engage – featuring an in-depth personality for each one of them. You can increase your relationship with many of the characters in many different ways, one of which is by sending gifts.

However, when sending gifts, you have to choose ones that the said character likes particularly to make the most of it – which mainly depends on their personality. The gift preferences of particular characters are listed in the Ally Notebook.

Some of the best gifts you can give to Citrinne are:

Citrinne particularly has a liking to all of the aforementioned above. So, in order to effectively increase your relationship with her, try giving her one of these through the bond conversation option.

Citrinne is one of the romance options in Fire Emblem Engage, so you’ll find this list handy if you want to increase your Support Rank with her.

The best Emblems to go with Citrinne are Celica and Micaiah. Citrinne is a support character with all the adequate skills like Generosity and the Spell Harmony (Sage class).

In such cases, characters proficient in dealing damage would pair well with her. Celica has the perfect Skills to deal a vast amount of damage, like the Echo Engage Skill, which greatly increases damage dealt by Magic. Moreover, her Strength+1 Synchro Skill also counters Citrinne’s low Str stats to some extent.

Micaiah, on the other hand, has more healing abilities rather than damage-dealing ones. Particularly, the Augment Engage Skill pairs well with Citrinne’s fire because it increases the area of effect.

Moreover, other healing abilities like the Great Sacrifice or the Healing Light also allow Micaiah to counter Citrinne’s low base defensive stats.

Citrinne starts off as a Mage class with a Mystical battle style. Although her stats in Strength and Defense may not be as impressive, she is quite proficient with Magic and Luck.

Citrinne’s main role is a support character – and can prove to be a versatile one at that if she’s used strategically. If you’re impressed with her capabilities and want to keep her in you party, you might want to take a look at her Stat Growth, which is as follows: