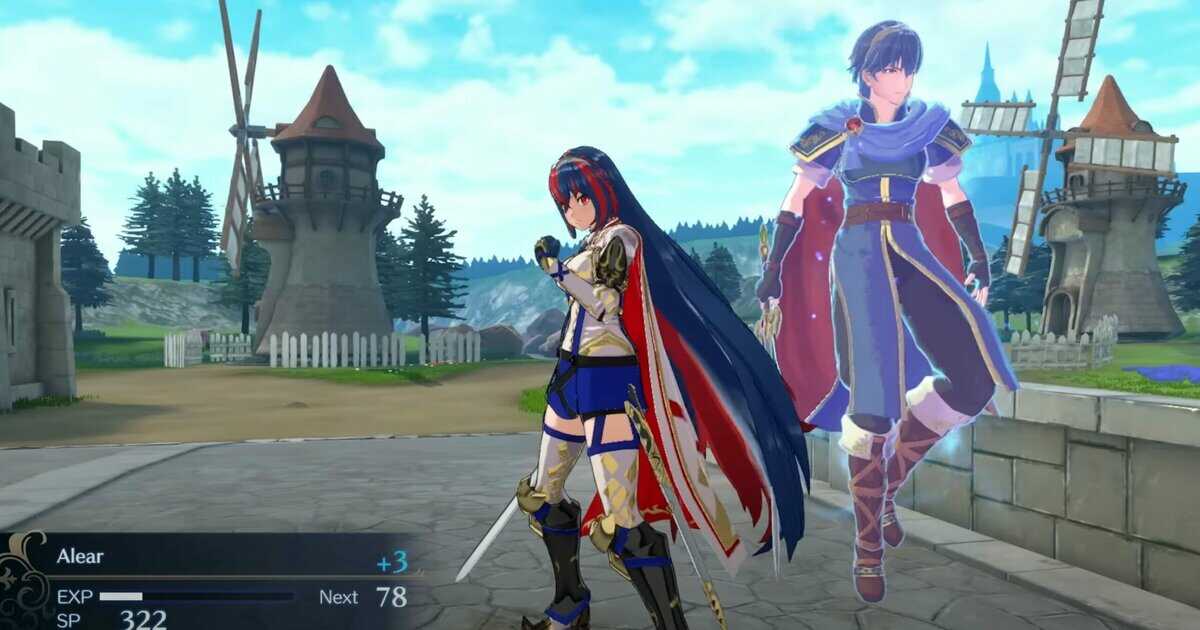 Fire Emblem Engage offers 12 Emblems for the players to choose from. These Emblems are similar to character classes, and each emblem offers different stat bonuses and abilities to the character to which they are assigned.

Here, we will guide you through what each emblem does and who the best characters are for each emblem in FE Engage.

Emblems in FE Engage are basically characters from previous Fire Emblem games who reside within special Emblem Rings. While they may not be deities, these Emblems are extremely powerful and can grant various bonuses to your characters and even unlock new abilities and gameplay mechanics like the Engage system.

Every emblem in Fire Emblem Engage has its own perks, so deciding which emblem should be assigned to which character, as it enhances their abilities to the max, is a confusing task. As Emblems are tied to Emblem Rings so you will need to equip your characters with those to take benefit of what each emblem offers.

There are 12 total emblems that you can pick and choose from in FE Engage. As said, each emblem has its own set of buffs and perks better suited to some characters than others. Below we have given details of all the emblems in FE Engage as well as the characters they are best paired with.

Marth is the first emblem players get their hands on. It offers high mobility to your units. You can dodge attacks better and move through the battlefield with relative ease. With Marth’s Lodestar Rush, any unit using the Marth Emblem also gets significant boosts in their attack. Marth Emblem provides increased strength, health regen, and Dual Assist.

Marth Emblem works best with sword users. As you start the game, you get Marth Emblem on Alear, which is naturally a perfect fit for the sword user in FE Engage. Other than Alear, you can use Marth Emblem on any support units you have, like Diamant.

Celica is the magic-focused emblem. It buffs all magic-based attacks of the character it is equipped on. The emblem’s power lies in ranged magic attack, without the fear of counterattack. The Wrap Ragnarok ability of the Celica emblem is excellent for taking out multiple strong enemies, but it drains health and leaves you open to counterattacks.

As expected, the Celica emblem is best paired with mage characters like Celine or Ivy.

Sigurd focuses primarily on mobility and pushing through the enemy’s defense. As such, the emblem is perfect for all rider units. Sigurd offers +5 mobility to any character it is equipped on and an additional 2 mobility for cavalry units in FEE.

Sigurd’s skill allows you to increase your attack’s damage depending on how many spaces the attacking character moved before landing the attack. The longer the distance you move, the more damage you deal.

We recommend Alfred or Vander as prime candidates for the Sigurd emblem. As you progress, you can pair the emblem with a more robust character like Veyle.

Leif emblem improves the character’s efficiency with weapon types or those who use fast weapons. The more flexible your character is in terms of adoption to the enemy, the better benefit the Leif emblem will provide to the said character.

Leif emblem’s primary skill is Quadruple Hit. This allows you to land in multiple hits at once, eating through the enemy health bar at once, allowing any character to go toe to toe against mages and enemy tanks in FE Engage.

Roy’s emblem provides explosive powers to the character. The emblem shines when fighting against hordes due to the variety of AoE attacks you get, especially with the Blazing Loin that sets the area of blast on fire, dealing further damage.

The emblem also provides resistance against most lethal attacks to an extent. Roy is good with tanky characters. Slow-damage sponge units can make the most out of Roy’s emblem as they can push and damage even the faster units in the battle. Goldmary is one of the best examples of units Roy’s emblem is meant for.

The sniper emblem, Lyn emblem, allows you to use powerful long-range attacks, primarily useful for taking out ranged enemies. Of course, your damage at close range is exceptional for an emblem that can deal significantly over a long distance. Lyn’s skill is Call Double, which allows the character to summon clones who will also fire at the target.

Lyn emblem is a perfect choice for all your archer and flier units. Since these units are generally weak, Lyn allows them to provide their support from a safe range and make it worth something. Characters such as Chole are the perfect candidates for Lyn’s emblem in Fire Emblem Engage.

The trickiest of the emblems, Erika allows you to swap between two different heroes and fully benefit from their skill sets. Simply, you can put together two separate skill sets on a single unit. The emblem also comes with two skills rather than one.

Lunar Brace and Gentility allow you to tank damage, while Ephraim increases your damage output and heals you on every hit, making your character virtually invincible.

Erika is perfect for upfront melee fighters such as Louis or Merrin. Since most melee fighters are already mobile, you can keep yourself safe, tank any hit that lands, and then follow up with a barrage of attacks.

Ike emblem is like armor from god. You become unstoppable. The strongest attacks won’t even make you flinch with the Ike emblem. If paired with a high HP and defense unit, you become a juggernaut mowing through the enemy lines, and no one will be able to stop you.

As such, the emblem is perfect for armored units and characters such as Diamant. Diamant already has high defense stats and a massive HP pool, and with his abilities enhanced after pairing with Ike’s emblem, Diamant will be an unbeatable force of nature in FE Engage.

Micaiah is the true support emblem you get in FE Engage. It allows units to use magic to heal their allies in battle and does so from a safe distance. Furthermore, Micaiah allows the user to teleport around the battlefield by swapping their location with any other unit during a fight.

The emblem’s ace skill is the Great Sacrifice which allows you to heal all your allies to complete health by sacrificing 90% of your own HP.

With the upgrades the emblem provides, the emblem is best paired with characters with powerful healing abilities, such as Jean, or for characters who can use the healing ability of the emblem while staying entirely out of danger. For example, a flier like Hortensia. Both of these characters allow you to use the Micaiah emblem to its full extent.

Lucina emblem also helps provide a support role but also features somewhat better offensive powers. This emblem allows you to teleport to any of your allies and partake in a dual attack against the enemy in any fight. You can teleport from the back of the field to the front.

We recommend using the Lucina emblem on weak characters who deal with powerful critical attacks so that even a single attack they use is worth it. Otherwise, you can select a powerful but slower character to inherit the Lucina emblem so they can overcome their mobility issues.

As such, the best character suited for Lucina’s emblem is Diamant. Diamant is already a powerful character, and the ability to teleport and call allies to himself will allow him to control the entire frontline single-handedly.

Corrin emblem makes the using unit an avatar. You can control elements to attack and obstruct enemy advancements. Using fire, water, and stone to alter the terrain around the battlefield allows Corrin emblem users to make sure that the entire fight goes according to plan. They can even prevent enemy reinforcements or provide a safe space for their allies.

Byleth is a utility support emblem. Byleth’s ability allows the emblem using character to bless their allies with various buffs during the fight. You can increase your allies’ attacks and defense, provide powerups and even heal them. The character needs to stay behind in the fight, so his support allows others to win the fight.

With the powers of Byleth, it’s best not to use them on a powerful character. The emblem is best suited to weak characters who boost superior Qi. The best choices for the Byleth emblem are Alcryst or Jean. These characters can be excused by heading straight into the battle to support their allies.