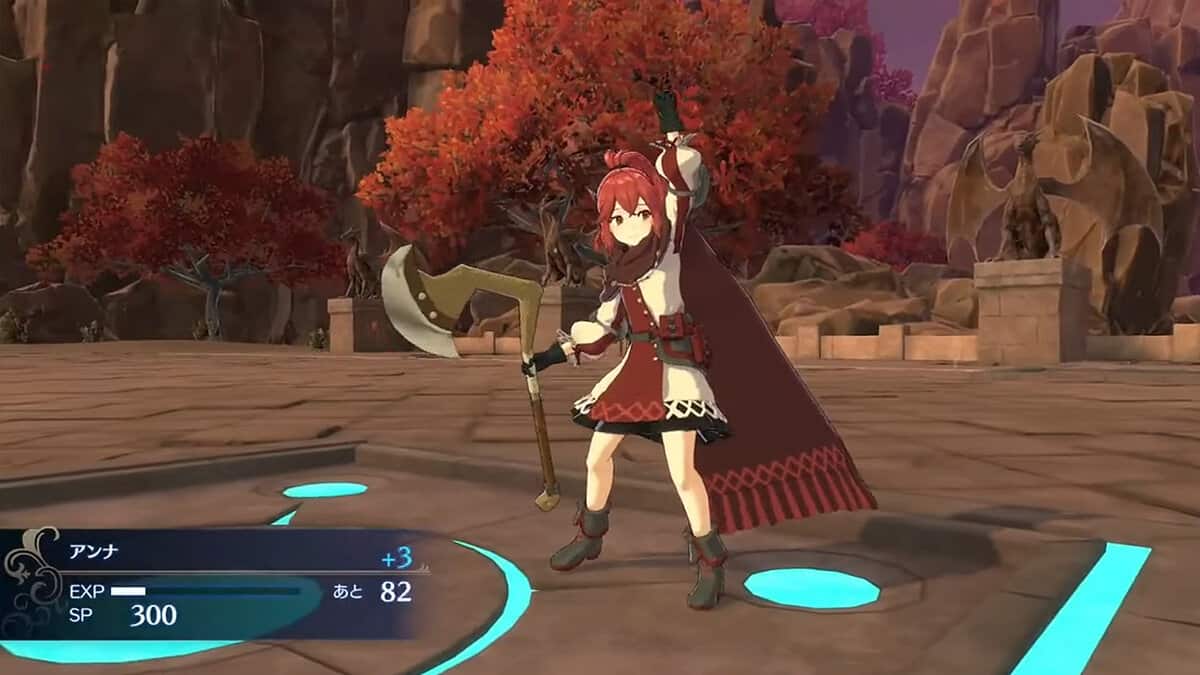 Anna is returning character from previous Fire Emblem installments, this time coming with a starting class of Axe Fighter.

Anna belongs to Elusia, a snowy region whose people are believers of the Fell Dragon. You will find her whilst playing the Paralogue Mission: Mysterious Merchant, between Chapters 6 and 7.

Her fighting style of Backup paired with her Axe skills allow her to fully utilize the Chain Attacks meta.  The following guide will help you fully utilize Anna in Fire Emblem Engage.

How to recruit Anna in Fire Emblem Engage

You can recruit Anna in the Parlalogue Mission: Mysterious Merchant which takes place between Chapters 6 and 7 in the main story.

Anna will be hiding inside a chest inside the Bandit’s Hideout. during this mission. If you search the middle chest, she will reveal herself. Now you can have a conversation with her to convince her to join your team. You can do so by using Alear’s Talk ability. She will join you during the battle sequence.

You can tell when she has joined your team by the color of her HP. It changes from green to blue.

Anna initially starts out as a Physical attacker with a Starting class of Axe Fighter and an S-tier proficiency in Axes.

You can take advantage of this and give her the Griffin Knight Class which takes advantage of her Axe skills and gives her the advantage of flying combat. She will also be able to learn the Class Skill Clear The Way, which imposes a penalty of 1 Movement cost on nearby allies.

However, Anna’s stat growth in Magic, Speed, and Dexterity, slowly changes her to be more suited to a Magic build. Though it may be tedious it is recommended to reclass her to mage class.

This also allows her to learn the class skill, Self-Healing, which allows her to heal herself in battle using a healing staff. This skill will make up for her lower HP.

The Sage class is another mage class suited to Anna as it provides her an S-tier proficiency in Tome and allows her to learn the Class Skill Spell Harmony.

Spell Harmony triggers once you start your battle with a Tome and boosts your attack based on the number of allies who have Tomes.

Anna’s personal skill matches her personality. Since she is very careful regarding her money her Personal Skill Make a Killing allows her to make more.

This skill gives you a chance to gain 500 Gold based on Anna’s Luck stat, allowing you to farm gold every time the skill is triggered.

The following are the best items to gift Anna in Fire Emblem Engage.

The best emblem units to pair with Anna are Micaiah, Roy, and Lucina, depending on which role you determine for her.

As a physical fighter giving her Roy’s ring will boost her strength by +5 which will make up for her unimpressive stat growth of 15 in strength.

Anna can be paired with Micaiah if you change her to a mage class and want to improve her survivability. Micaiah’s ring when equipped will provide healing throughout the battle.

Luciana will help Anna easily take out enemy units through her unique skills. Her Engage skill All For One will also allow all of your units to focus on one target and take them out

Anna starts out as a Physical attacker meaning her Strength base stats are higher compared to her other stats. However, as you level her up she will slowly transition into a magic user after receiving significant buffs in Magic, Speed, and Dexterity.

You will find Anna’s base stats listed below.

You may be interested in finding Anna’s growth stats to determine which role suits her in your squad.

You will find Seadall’s stat growth information listed below.