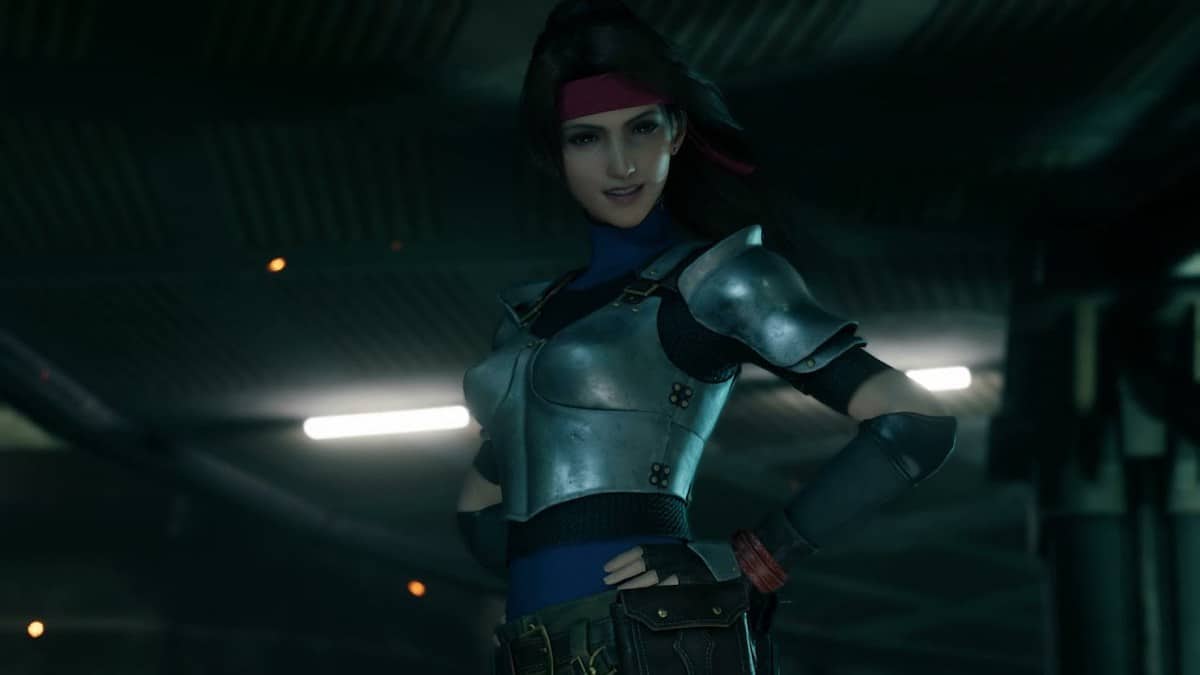 At the start, Barret is searching for Marlene in the debris. Tifa walks up to him and informs him that she asked Aerith to go and help Marlene.

Follow the original path to the intersection and turn right to get to Aerith’s house. Here, Aerith’s mother informs you that Marlene is safe and asleep, but Shinra took Aerith. You learn that Aerith is an ancient and her mother requests you to not go after her.

After the cutscene, you are to head to sector 7. Head back out the house to the intersection and follow the path to the right.

As you enter the tunnel, you’ll face off against Grogers as you climb the first ladder. Head straight and keep on moving. After climbing the second ladder, go across the narrow path on the left and you’ face multiple Ringmaw. Now follow the path to the right and go on.

The next area has Varghidpolis that you need to defeat, followed by a Sweeper prototype and a Smogger. Head straight and go down the ladder and under the debris. Before going around the train, turn left into the open door and follow the lobby to get a container.

Back to the original path, you’ll face some bandits after the train compartment. Keep going on until the ladder. Up the ladder, few more Ringmaws need to be defeated until you get out into some slums, where you meet Wymer. This will trigger a small cutscene.

Here, buy what you need, then head from where you saw Wymer get out and go into the Sector 7 service tunnels. They will lead you to Sector 7.

Another small cutscene will trigger. After this, follow Barret and you’ find the bar destroyed. Here, Wedge’s cat will come and lead you to Wedge. Follow the cat until you reach Wedge.

As soon as you see Wedge unconscious, the floor will break, separating the party and Barret falls down to Shinra Secret Labs.

You take control of Barret. Shoot the debris to break the path open and follow the tunnel. Behind you, you can find a vending machine and a bench.

Follow the tunnel and defeat the Wererats and Bugaboos you face along the way. At the end of the tunnel, break. The debris to get to the container. Turn back and on your right (when heading back), another debris blocked pathway can be opened up. Go in.

In this area, you’ll first face Bloodhounds. Defeat them and head up the ladder. Before following the stairs, turn left, defeat the Bugaboo and break the mechanical claw to get to another container.

Follow the original path, defeat the other Bugaboos and head up the ladder to the next lobby.

Here, first, turn left and clear the debris to get a container, then head left of the main path. Follow the path defeating the Wererats and Bugaboos you face and into the next area. Destroy the motor of the fan to stop it and head up the ladder.

You’ll trigger a dialogue as you find Tifa. The path is blocked to turn left and head upstairs. Destroy the mechanical claw to kill the bugs and clear the path. Clear the area of bloodhound and follow the stairs.

Continue with Tifa along the multiple platforms heading up and clearing out the enemies. You’ll face a cutter, bloodhounds, varghidpolis and bugaboos.

At the end of the platforms, you get a vending machine and a bench. Be prepared for the upcoming boss fight.

Go right from the vending machine, and a cutscene will trigger. You and Tifa will be attacked by multiple unknown entities. Keep on defeating them, until the boss, Failed Experiment shows up.

The boss is similar to the entities, except larger and stronger. It utilizes lightning. In the first part, play as Barret, until Tifa heads up to the platform. Use Tifa’s summoning skill to help fight the boss.

As the fight ends, a cutscene will trigger and Cloud will join you. Shoot the wall ahead to trigger another cutscene. Barret picks up Wedge and you get back to the surface, ending Final Fantasy 7 Remake Chapter 13: A Broken World.