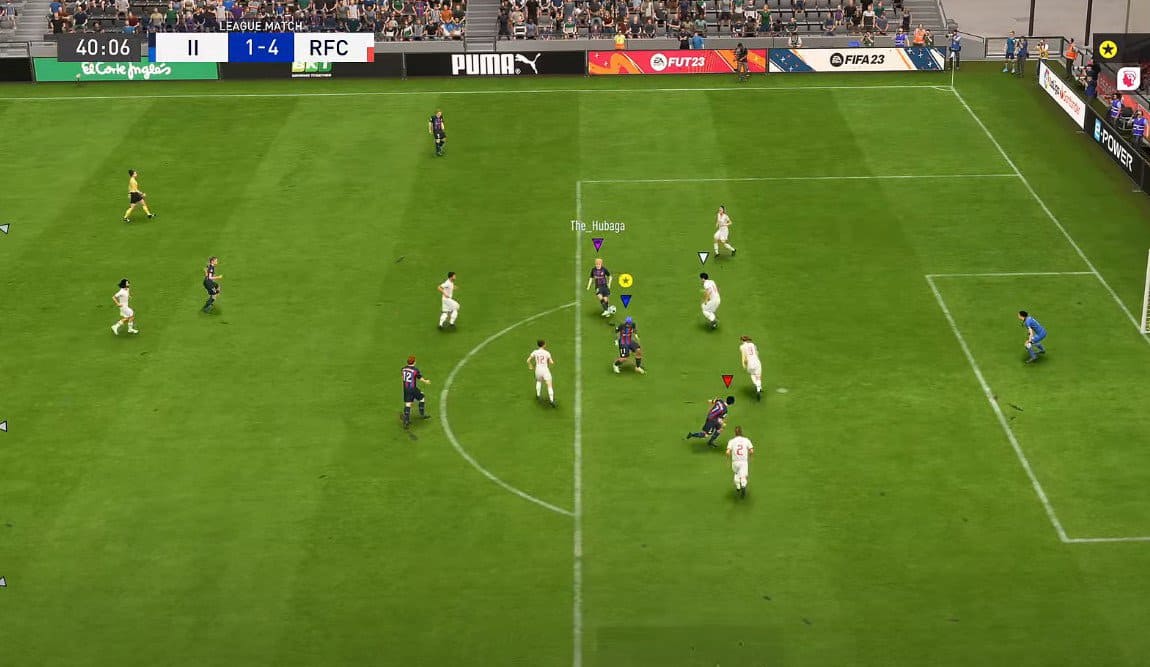 Pro Clubs mode is a 11v11 mode in FIFA and the upgraded version of Pro Clubs is available now in FIFA 23. Pro Club mode has been a really popular mode among fans in FIFA. In every iteration, FIFA makes updates and changes to the gameplay. This year too, they have updated the mode with some tweaks.

If you are unsure of Pro Clubs, it is basically an expanded version of FIFA 23 multiplayer. Instead of 1v1 between two players, Pro Clubs is a 11v11 match with each human player occupying one slot on each team.

Unlike other modes, players can’t switch to another character once the match begins. For example, if you are playing as Messi from PSG, you can’t switch to Mbappe in the middle of the match.

In Pro Club mode, players basically play a specific single player and the rest of the ten players could be played by other teammates. If the team happens to be of 4, 5 players, the rest of the positions are filled by bots.

Along with so much fun and excitement, this mode could be challenging as well. The opponent bots are sometimes a really hard nut to crack.

Furthermore, this mode is shared with Volta, so this is a seasonal mode. The good thing about FIFA 23 Pro Club mode is that you can earn skill points per level and unlock seasonal progression points by playing Pro Club mode matches.

You can then use those points in other modes as well, like street football mode.

Skill points would be your main concern in FIFA 23. By having enough skill points, you can upgrade the characteristics of your player like speed, acceleration, etc.

Skills points are earned by playing and completing the games. You earn skill points when you level up. However, the exact amount of skill points can’t be told.

Coming to the distribution of skill points, the main trait of a professional player is high speed. If a player has high speed, he is at an advantage.

So it is recommended to invest in speed first and then go for other things like shooting or dribbling. And if you want some real high-speed, consider having a short player.

A slight change has been made regarding leveling up in this mode compared to the previous FIFA 22. You had 25 levels in FIFA 22 but this time you can go up to 100 levels.

Which certainly means that you can level up higher. You would need a little XP to level up. The best way to earn XP is to play Friendlies.

By playing Friendlies, your mates would be giving you a full rating every single time. So the amount of XP earned is directly proportional to the amount of rating you have. The higher the rating, the more XP you earn at the end of the game.

You can gain additional XP by little achievements throughout your match such as goals, assists, tackles or defense.

Consider your weight and height

In Pro Club mode, you would be setting characteristics of your pro on your own. You would be choosing the appearance of your pro.

It doesn’t matter how ugly or beautiful your pro is because it doesn’t affect his performance. The main things to consider are weight and size. You can’t set the height of your pro beyond 1.7m.

Obviously, the height would benefit you for aerial shots like headers, etc. but taller players have a slower speed. Speed is quite crucial in FIFA 23 otherwise you won’t be able to compete with other players.

Similarly, it is recommended to set a maximum weight of 70kg. You can come below this but not more than 70kg. This will have effects on the mobility of your pro.

Perks are basically additional qualities that you can equip your pro with. You can equip a total of three perks. Perks boost the abilities of a pro.

You can have a variety of perks like a tireless runner, passing pro, distance shooter, finisher, hot streak, and a lot more.

The coolest feature FIFA 23 Pro Club has now, is player substitution. What this means is if you are the captain of your team, you can change any player at any time.

If a certain player is not playing well, you can just substitute him right away without any debate.

Play as a team

It does not matter how good of a player you are; if you lack a team game, the probability of coming out as a loser from the game is very high.

You are going to control your player unless you are playing as Any. Ensuring smooth team link-up is very important to score goals. If you are not playing as a team player, other players might get frustrated and will not pass the ball to you leading to defeat.

Use your skills and team game to overcome any formidable opponent and earn the skills point in the Fifa Pro Club mode to become stronger.

In Fifa 23 Pro Clubs mode, skills points earned per level provide you with an opportunity to create your desirable character. You must win the games to earn the points, and communication will play a significant role.

Join the voice chat with your teammates to establish high-level communication to succeed in the mode. Establishing linkages through communicating can prove to be the winning recipe.

Even if you have the Best Fifa 23 strikers in your team, without communication, you will fail more than succeed.

Make use of different tactics

The usage of the right tactics is crucial for winning the games. It would be best if you tried to take advantage of the available tactics to build more decisive gameplay by defending and marking your opponents.

Without tactics, even the best Fifa 23 center-backs will not be able to defend against unmarked opponents. Use conservative tactics to stop opponents from counter-attacking, and don’t put all of your concentration on the attacking tactics.

Thus, balancing conservative and attacking tactics is essential to hold the ground and win games. Winning the games in Fifa 23 Pro Clubs provides you skills points based on your level; use those points to unlock the fun in the game.