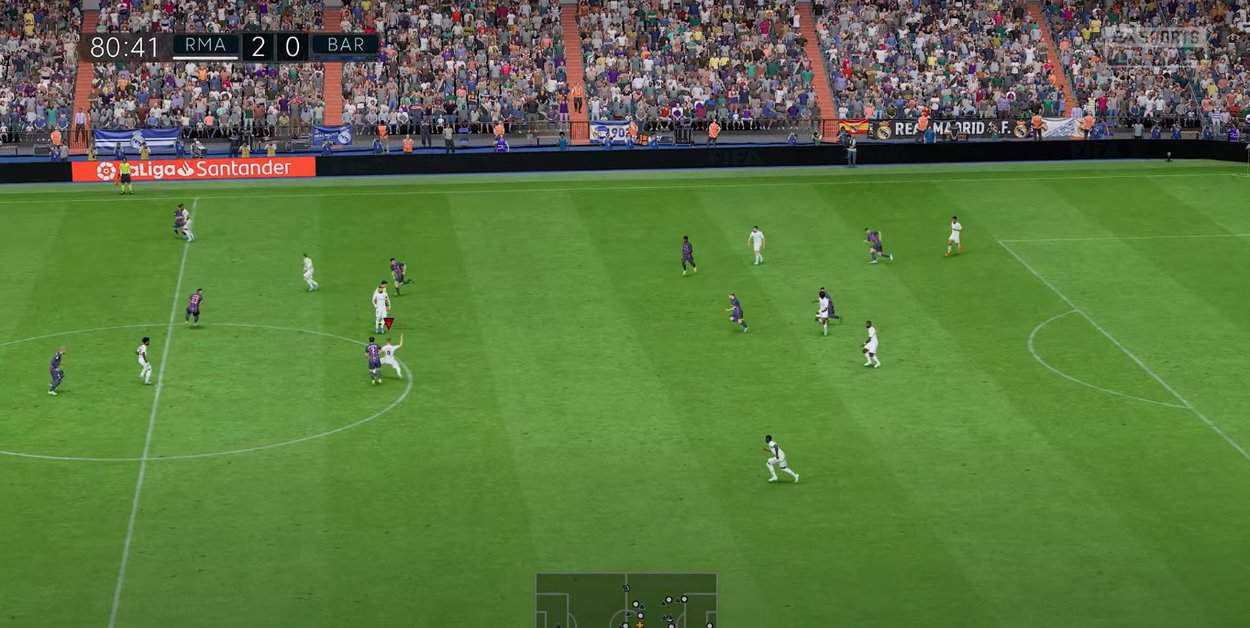 Career mode in FIFA 23 will allow you to build your team from the very start, which some players love to do. There is nothing like a team; you build yourself in this mode.

Although most players will love to go with the Ultimate Team mode, for those who love career mode, we have shortlisted some best teams you can choose to start off with in FIFA 23 career mode.

Our range of teams includes teams that are currently the Football giants, and some teams have just survived relegation. If you are someone looking to enjoy or have challenges, you will find many options to pick from our guide.

So let’s dive into it and learn about the teams you might choose to play the career mode in the future.

Best teams to start a career with in FIFA 23

Below you will find some of the best teams to play with in FIFA 23 Career Mode, starting from some of the hardest to the best.

This team is owned by the United Class of 92 Players such as Beckham, Neville, and others. If you are up for the demanding tasks, then go for this team, as the financials are better than other teams.

Taking the team from the lower tier league to the English Premier League will be daunting, but appropriately using the funds and improving players in the right areas can be a great experience.

Nevertheless, the competition will get more demanding for you as you move on toward the Premier League and European League journey. So buckle up and go for the adventurous ride.

If you are someone who wants to challenge himself by bringing a team from the bottom to the top, then Malaga CF is one you should choose.

This team has seen both good and worse times in FIFA. They had competed in the Champions League, but during last season they hardly avoided relegation from LaLiga SmartBank.

Retaking this team to the top will be a great and exciting challenge for you. You will get a limited budget, and all you have to do is with little resources.

AFC Richmond (Rest of the World)

Ted Lasso will be managing the team, and you can swap the team into any league of the world. However, going for the best leagues in the world will surely test your limits, and the journey might be easy in more minor leagues.

The team striker Jamie Tart has the potential to become the best striker in the game, so go on and polish the skills of this team to make them prominent in the Football world.

This team is now back in the Premier League, and if you want to face and defeat teams like MC and Liverpool, this team is for you.

It made a comeback to the Premier League after a long time, and you will need some heavy rebuilding to take this team to the top again.

Bringing Nottingham Forest back to its glory days is an exciting challenge for the fans. It is an excellent opportunity for the fans of this club to beat some big names in football.

This team is known for producing one of the brightest talents the football world has ever seen. Ajax youth academy is known for developing raw talent, and those players go to some of the best clubs to conquer the Football field, leaving Ajax behind.

Many great players, such as Lisandro and Anthony, left the club, leaving the manager with the task of filling their shoes. However, the club still has some talent to dominate the football pitch.

Ajax will provide a tremendous challenging opportunity for you to build the club even if the allocated budget is low and ensure the club continues to dominate the local and the European scene in Fifa 23.

Use this challenge to help Ajax reach new heights, so your big players prefer to play with their hearts and soul for your club instead of dreaming about other big teams.

The biggest reason we choose this team is its budget. As you know, it is now one of the wealthiest teams in the world, and everyone will love to become a part of it.

You can build a great team and go for different trophies and titles without thinking about the money. It is not that you have money to build a team.

This team already had some great names, like Bruno Guimaras. You will have a great time bringing Newcastle back on a titles-winning track.

If you are curious about Major League Soccer and want to try your luck there, then the gold and black of LAFC is the proper challenge to take.

The team includes some big names such as Giorgio Chellini and Gareth Bale. Moreover, the complications of playing in the MLS regarding the budgets, etc., are removed in FIFA 23.

You can start your journey and try to win the domestic scene, as otherwise, the chances of getting sacked are very high for you. Enjoy playing in the beautiful Banc of California ground and humiliating the opponents.

Barcelona is undoubtedly one of the biggest teams you can choose in your career mode. Though they are facing some financial issues, nobody has spent more than them in the current signing.

Now with players like Lewandowski, you can easily make this team a Champions League winner. You will also get support from new players like Pedri and Ansu Fati.

If you get some more big names to the club, you can take it to the heights it was in 2009.

Manchester City is the best team if you look at the available players and the manager’s money. They are the champions of England but still looking for a Champions League Trophy.

The new lot of players, which include Erling Haaland, can lead this team to champion status. It would help if you went with this team because it has some quality stars.

As you start to win some games with it, every transfer window will bring a lot of cash. This team is for you if you are a good player and looking for a sure-shot career path.

If you are coming from FIFA 22, then you have an idea about the dominance of this team in career mode. Again PSG is one of the best teams to pick while starting your career mode in FIFA 23.

The team consists of some of the game’s greatest players, and they provide all the right touches to secure trophies throughout your career mode.

Moreover, the team is one of the richest in the world, and you can utilize the funds to bring in other great talents. It means your team can never lack talent, and the winning prospect is ever high for you.

If you are new, start your career mode with PSG in FIFA 23. This will build your confidence and provide you with an experience you could use to develop some low-tier teams.

When it comes to the worst teams, then there are many teams present in FIFA 23 that will leave you banging your head into the wall. These teams should be avoided even if you like challenges because mental health is essential, and you can lose yours after playing with such groups.