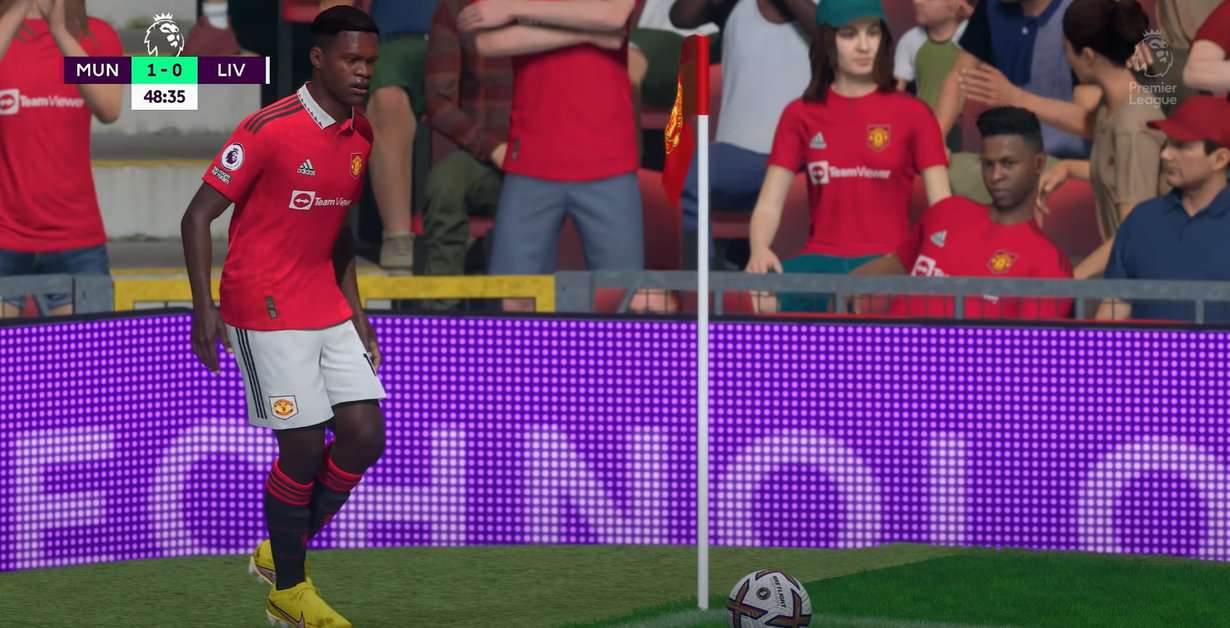 The job of the LB or Left Back player in FIFA 23 is to prevent the opposing team’s strikers from making a shot and always prevent them from taking the ball from their team players.

Most LB players are left-footed, have fairly tall height, and excel in defensive play. Their position on the field might strategically change as the match progresses due to their proactive defensive role.

Below have compiled a list of the top 10 LB players across the entirety of FIFA 23 to give you an idea of who to pick.

He is a fan favorite due to his skill and absolute dedication with which he plays every match for Liverpool. He is undoubtedly the best LB player in the world.

All aspects of his game are outstanding. His passes are fast and accurate, the pace he sets is unmatched, and his defense is immaculate. He is a vital part of the Liverpool squad. He is also the highest-rated LB in Fifa 23.

Gunter might just be the most underrated LB player as the masses don’t expect a player from the FC Freiburg to be second highest in Rating.

He has the second-highest OVR rating among the Left Backs and he should be everyone’s pick after Andrew Robertson.

He proves himself as a truly gifted LB player. His dribbling and pace are very good but what sets him apart from other players are his extraordinary physical stats. He and his team are truly the underdogs with immense potential.

He is a seasoned veteran in FIFA 23 and brings value to Barcelona as a world-class LB player. Some might even argue that he is the best LB player out there.

The speed at which he dribbles is impeccable. Even at the ripe age of 33, his passing skills are still in a league of their own. In-game, he is a playmaking menace.

He is a player that can turn the tide of a game with his sheer pace alone. His pacing stats are the best in-game. This allows him to leave opponent players in the dust as he tears through their defenses.

To maintain the game balance, his defensive stats and physical attributes take a hit to compensate for his extraordinary pace and dribbling. He is well suited for the player who likes to rely on the pace of their LB.

Like Alphonso Davies, Theo also heavily relies on his extraordinary pace to overwhelm his opponents. Once he has the ball, he can easily steamroll through opponent defenses and get the ball to his strikers.

FIFA 23 favors players with a pacey playstyle a lot as they can simply break through the opponent’s defenses by relying on their superior speed. Theo is a force to be reckoned with in FIFA 23 just for these reasons.