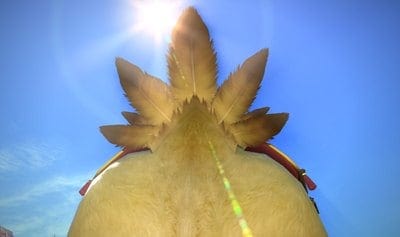 Massively multiplayer online (MMO) spinoff Final Fantasy XIV: A Realm Reborn has shown off what a Fat Chocobo looks like. This oddly-shaped mount is part of the Playstation 4 version that will land on April 14, 2014.

Screenshots for this mount show a rather dumpy, little bird that can even block out the entire character sitting on it. You may think this is not much to ride the realm of Eorzea on, but there’s a catch.

Swing a big ol’ piece of Greens in front of it and it will come out swinging. It’s fat, so it likes food. That’s the logic.

Fat Chocobo is part of the collector’s edition for the PS4 version of Final Fantasy XIV: A Realm Reborn. Other items for the physical release include an art book and a soundtrack.

Moreover, some digital items are put in the bundle as well. For instance, you’ll also get a Coeurl Mount or a Baby Behemoth Minion.

These digital goodies were also included in the Steam version of Final Fantasy XIV: A Realm Reborn, which launched earlier. Sadly, no Fat Chocobo is seen there, as of yet, but it is forthcoming.

Those who own a PC or Playstation 3 version of the game will be sent a Fat Chocobo through Delivery Moogle when the PS4 release hits. That’s going to be one hell of a delivery.

Final Fantasy XIV: A Realm Reborn will require a subscription after 30 days of playing the MMO. Still, it’s a much better game now than it was before.

Its original release left fans rather indifferent of the empty-feeling universe. With Final Fantasy XIV: A Realm Reborn, the Metacritic has been speeding up the 80+ ranks. 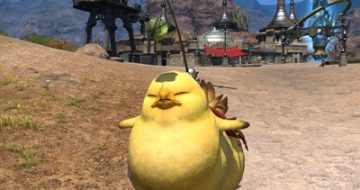 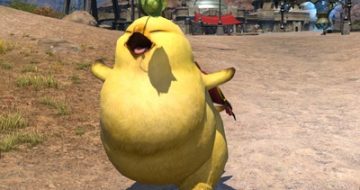 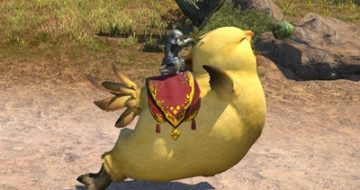 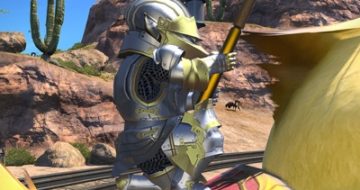 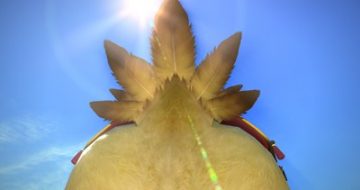 PreviousNext
About the Author