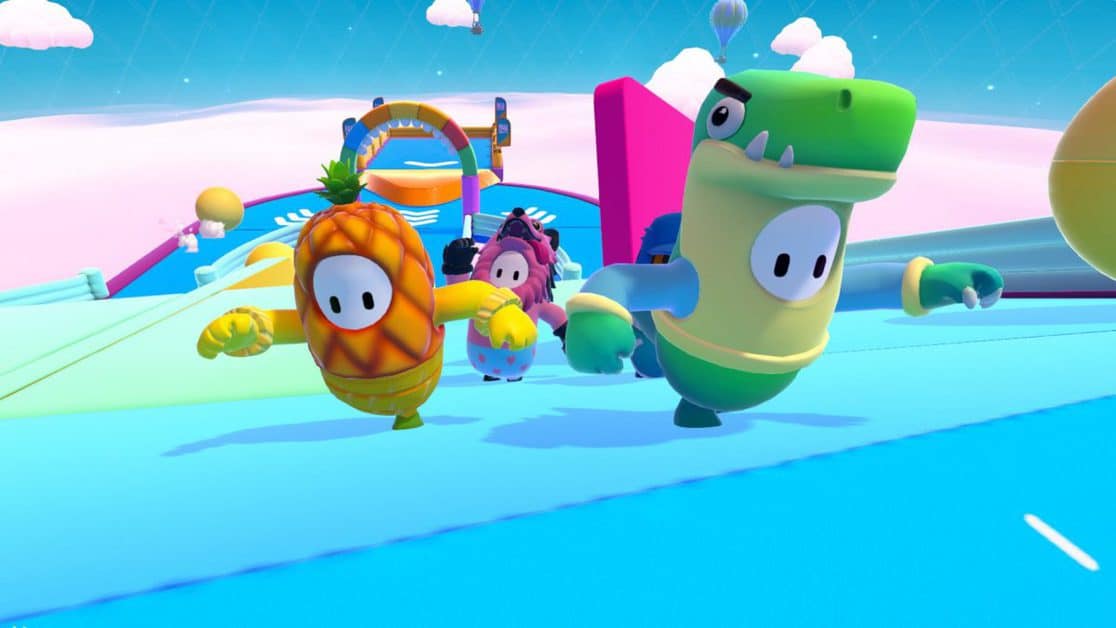 The score given to you at the end of the game in Fall Guys is decided by three main factors:

These three factors are used to give you some points for each match, which are then added up to give you your final score at the end of the game.

Do note that some games last up to 6 rounds, while there’s a chance for some games to even end at round 2. This all depends on the player performance.

Points Given Per Round

Each round in the game gives you a certain number of points just for making it to the round.

First Round
For the very first round of the game, you’ll be given 15 points (even if you lose).

Second Round
This round will not give you any points for participation.

Third Round
You’ll be given 10 points for reaching the third round.

Fourth Round
You’ll be given 10 points for reaching the fourth round.

Fifth Round
You’ll be given 15 points for reaching the fifth round.

Points Given by the Race

So they all give the following amount of points for each position:

The points given by Fall Ball is determined by how many goals your team scored and how big the difference between each team’s number of goals was.

Since only one person can win Survive and Logic, they get rewarded with 28 points.

Points Given by the Final

Winning the Final will reward you with 203 points. This is irrespective of what game the final actually was.

To put all this mumbo jumbo in actual context, consider the following example:

Thanks to Steam community member Stone for this amazing maths to help figure out the point system in Fall Guys.