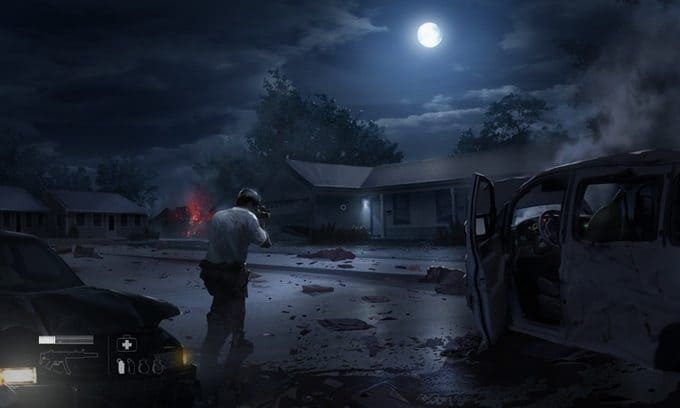 Some ex-Bioware devs currently working at Kollide Entertainment have started a new Kickstarter campaign. They are asking for funds to develop a new adventure game called Broken.

It is a third-person title set in a post-apocalyptic 2021. Civilization as we know it came to end after devastating bio-weapon attack from an extremists group.

The lead character is a Navy Seal, Logan Kyle, and his family. Broken will focus on narrative and will feature a compelling story.

The story is rooted in the ever escalating conflicts of current day events. In the year 2015 a well-funded extremist group resolute on eliminating non-believers discovers an abandoned Soviet era bunker in the mountains northeast of Kabul in Afghanistan. Within the complex, they find a biological warfare lab containing several live cultures that they believe will help them in their goals.

Broken is inspired by The Last of Us, The Walking Dead, and Half Life series. The setting of the game and the idea seems a little overdone, but devs are claiming that it will be different from similar games. They say that the game is 100% story driven and each aspect of Broken will support that goal.

Immersive story experiences and streamline gameplay is top priority. At the time of this writing, Broken has raised over $3000 with 27 days to go. Its goal is $275,000 and in order to reach it, the game needs some major exposure.

You can show your support for Broken on Kickstarter.