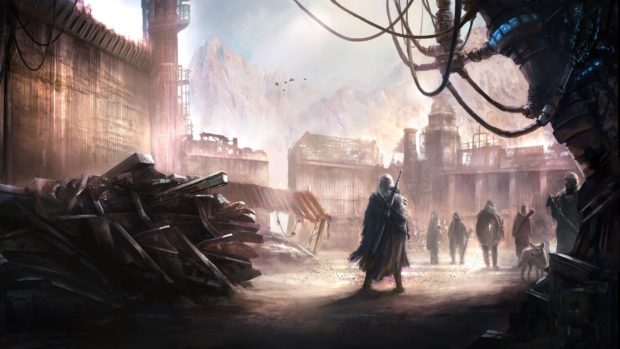 Factions will play an integral role in your playthrough of ELEX. This Elex Factions Guide will help you understand the intricacies regarding the Factions you’ll find in the world, and help you pick the right Faction for you.

For more help on ELEX, you can check out our PC Errors and Workarounds Guide and Legendary Items Locations Guide.

The Outlaws are from the barren wastelands of Magalan and look like the rough and tumble fighters that they are.

They are fighters that barely try to stay as a community and all of them embrace anarchy with open arms. All the drug addicts and rebels usually become Outlaws.

Outlaws are very dangerous and have a plethora of weapons at their disposal. Players who like a diverse arsenal will appreciate this class as they have everything from guns to grenades.

This is also perhaps the only faction of the game that has the ability to craft items properly.

Being a part of this faction lets you upgrade mechanical weapons, dismantle equipment, and increases radiation resistance.

Besides that, it removes experience penalty when you are using stimulants and allows you to use a few stimulants at the same time.

Their Unlockable skills are:

However, it is best to remember that they are the weakest when it comes to combat as they lack the power in their weapons that the other factions have. It is not impossible to play but I would recommend that you avoid this class if you are looking to dominate your opposition.

Berserkers look like they came straight out of Age of Empires, or Sid Meier’s Civilization. They are a part of a tribal community which prefers forests rather than destruction. They despise Elex and work to remove it from Magalan.

Being a part of this faction allows you to buy their equipment, enables use of mana, and gives you an option to upgrade magic weapons. You are also able to increases poison resistance.

Since they are not using the technology from Elex, they usually utilize primitive weapons such as knives and swords. They have discovered magic though, and that is the reason why you will want to pick this faction. They are the only faction which can use fireballs, summons, and other magical stuff. If you are a fan of magic, then this is the faction that you will want to use.

Technology is everything for the Clerics. They reside in the colder climates and utilize Elex to its fullest potential. The technology that they have makes them worship it and they have massive machines and androids as a part of their arsenal. They have the Psi powers which are sort of like the magic that the Berserkers have.

Being a part of this faction allows you to use PSI abilities, upgrade energy weapons, as well as increases fire resistance.

Their unique skill are:

That is all we have for our ELEX Factions Guide. Let us know if we missed something using the comments section below!