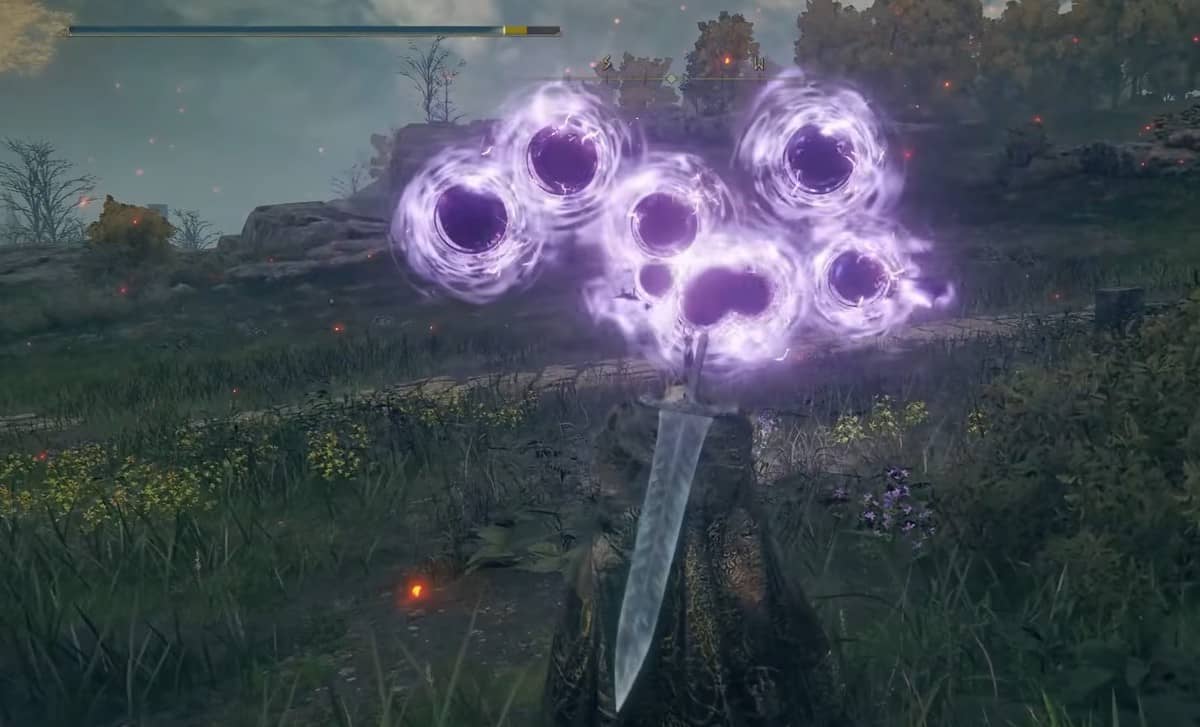 In Elden Ring Road’s End Catacombs is a Minor Dungeon that you will find in the Liurnia of the Lakes. You will encounter some small enemies and a boss here called Spirit-Caller Snail. Notable loot you can collect from here includes Raya Lucaria Soldier Ashes, Rune Arc, Glintstone Sorcerer Ashes, and Watchdog’s Staff.

How to Get to Road’s End Catacombs in Elden Ring

You will find a path going down through the cliff south of the Minor Erdtree on the west side of Liurnia of the Lakes. The location can be seen on the map above as well. Just go there, open the door and you will enter the Road’s End Catacombs.

Once you enter the Road’s End Catacombs move forward and you will see a chamber at the end. There is an enemy hidden on the right side so be careful of that.

This lever will open a big door somewhere in the dungeon. After getting off you can collect some Grave Glovewort and go further down. There an enemy is waiting for you.

Take him out and move forward. In the small area on the right side, you will find an enemy hanging from the roof. Kill that enemy and move forward and collect some Grave Glovewort from the area ahead.

There you will see that area is completely blocked but in the walls of the small room type area, there is an Illusory Wall. You can hit it with your weapon, and it will disappear.

Move forward and here you will encounter three enemies. Kill them and go to the chest right at the end. Open the chest and collect the Raya Lucaria Soldier Ashes.

After that, go all the way back to the Statue where you pull the lever. Next to the stairs, there is a second Illusory Wall you can hit to open it.

There is an enemy on the left side, take him out and collect the Rune Arc from the right side.

Move forward and hit the second wall on the right side and it will disappear. Enter it and get downstairs.

Again, hit the wall next to the stairs so you can enter that area. Here you will encounter a couple of enemies who will start attacking you immediately so watch out for them.

Collect the Grave Glovewort, Human Bone Shard, and Watchdog’s Staff from that area.

Go back to the statue with the lever and enter the area right under the statue. There is a small passage going down that will take you to the end and you can collect a Root Resin from there.

Hit the wall in the end and move forward and reach the dead end. There again hit the wall and you will enter a statues room there and a big open door.

This is the door that opens when you pull the lever. Go through the door and you will enter the boss room.

How to Defeat Spirit-Caller Snail

There is actually a little trick to this boss. Instead of the spirit you see in front of you, the Spirit-Caller Snail is actually an invisible snail boss you have to find and kill.

There will be a little white glow indicating where the snail is. Look for the glow and start swinging to hurt the snail. The snail won’t take your hits forever, it will teleport after taking a few hits. Whenever it teleports, look for the glow again and hit it.

Defeating that boss is not a difficult job, just look for that glow and you can take him out in a couple of hits. However, the spirit in the room is a lot tougher. You have two options here, either kill the spirit and then kill the snail or ignore the spirit and hit the snail.

Ignoring the spirit means you’ll have to dodge its attacks and keep track of its position. It’s certainly doable and the best option if you can’t beat the spirit normally.

You will be rewarded with the Glintstone Sorcerer Ashes for defeating the Spirit-Caller Snail.