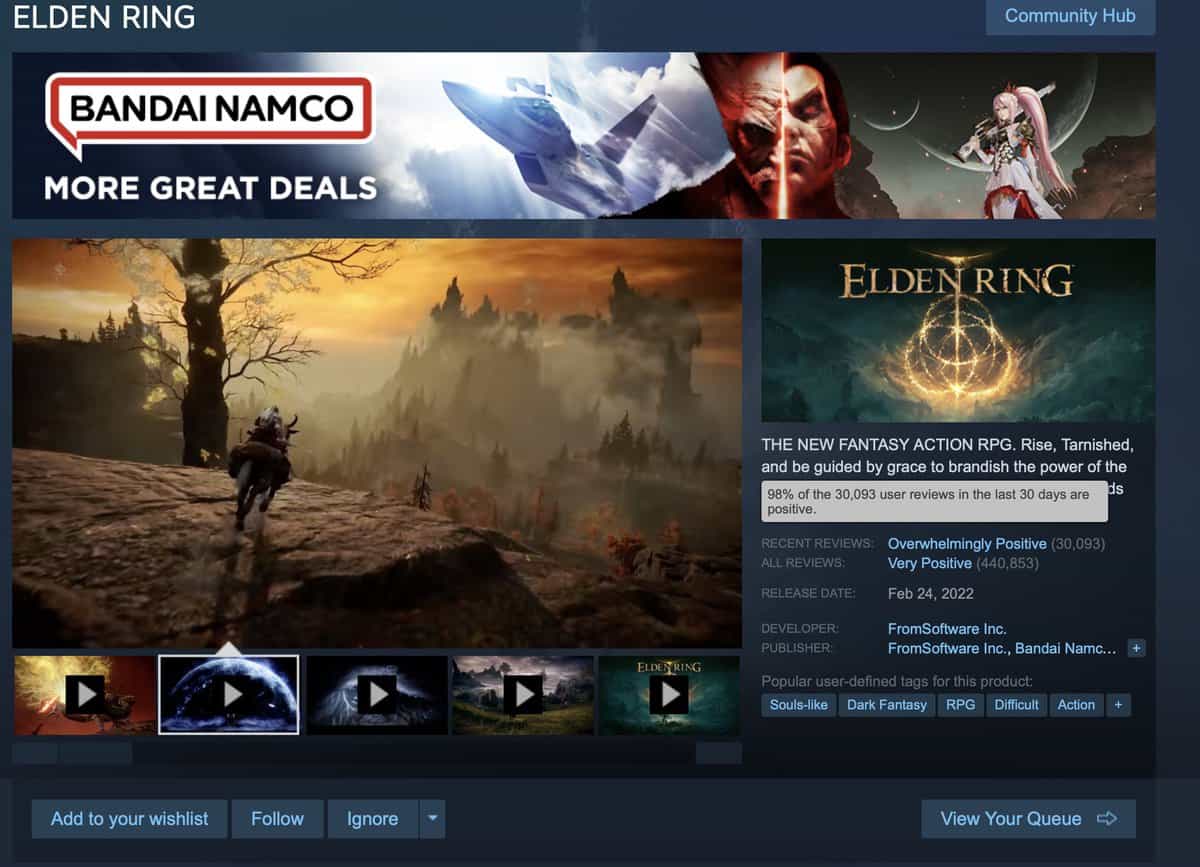 The Game Awards are only a week away, and one of the biggest questions for gamers is which of the year’s two biggest games will take the Game of the Year title: God of War: Ragnarok, or Elden Ring. Recent Steam reviews, however, might hint that Elden Ring has the edge.

Elden Ring is the latest offering from From Software, the developers of the Dark Souls trilogy, Demon’s Souls, Sekiro: Shadows Die Twice, and Bloodborne. The first open-world title from the studio, Elden Ring made waves when it first launched, attracting not just From’s normal clientele but also a number of new players.

Elden Ring also has the advantage of having come out in the earlier part of this year, unlike God of War: Ragnarok, which came out only two weeks ago. While Ragnarok is making a more recent impression, and received critical acclaim, Elden Ring still presents extremely tough competition.

Even on its announcement, Elden Ring was making waves, not just because it was an open-world title, but also because From Software had George R. R. Martin to help build the story setting, one of the game’s most praised aspects. Even without DLC, Elden Ring remains one of Steam’s most-played games and a huge seller.

God of War Ragnarok in the meantime is still a console exclusive. While the game has won critical acclaim and great sales of its own, since the Game Awards are decided by popular vote, it comes down to the two fanbases to see which one will end up taking home the gold. The Game Awards take place on December 8.