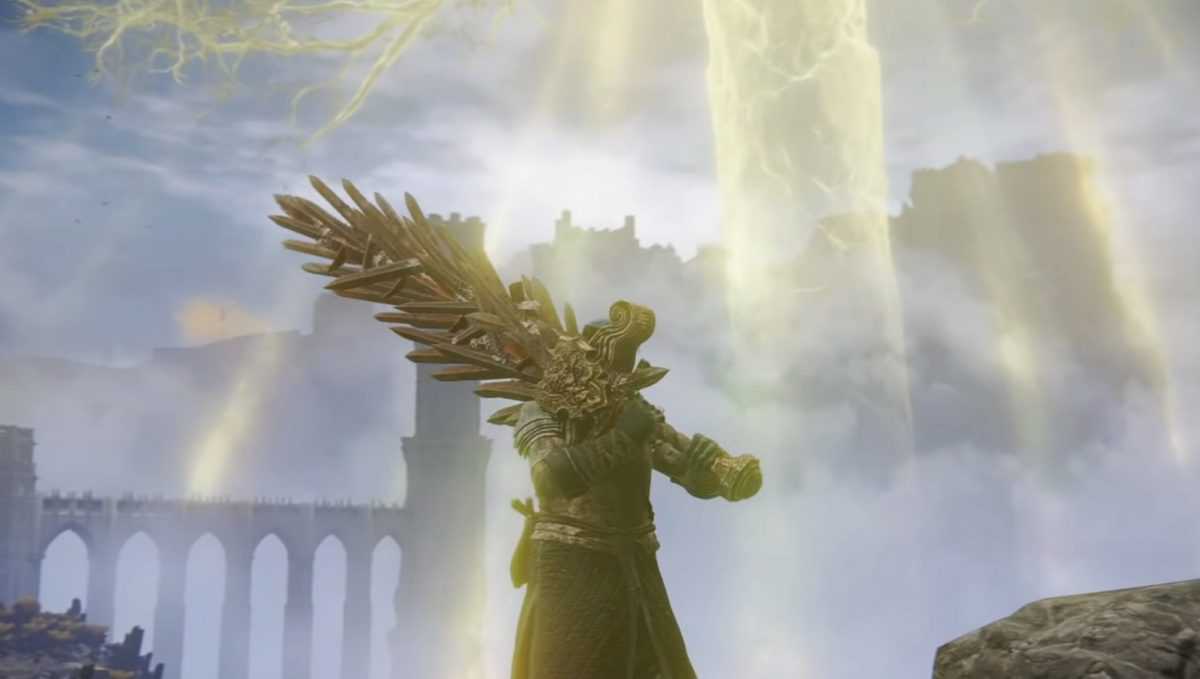 The weapon is a Colossal Sword that scales with Dexterity and Strength. The weapon is exclusively great for high-level fights and can tear any monster which comes in contact.

It is a sword of Castle Morne and is hence burdened with anger and regret. The sword can be obtained at Weeping Peninsula after defeating Leonine Misbegotten in Castle Morne.

Grafted Blade Greatsword also serves as an easter egg to Game of Thrones/Song of Ice and Fire as the description tells that the sword was crafted by a great swordsman that belongs to an extinct country.

The warrior defeated a whole clan of warriors and claimed their swords. From all those swords, he forged this Greatsword. It is an obvious reference to the Iron Throne from the Song of Ice and Fire, the acclaimed fantasy novels from author George R. R. Martin who also wrote the lore for Elden Ring.

Get to Castle Morne

Castle Morne with several buildings around is built on the coastline. In order to get to the pace of the fight with the boss, the players need to head to a small derelict tower on the southwestern shore.

Players will enter a yellow misty entrance by crossing a bridge connecting Castle Morne to another structure.

The bridge lies in the vicinity of the tower. After entering the misty entrance, the players will be greeted by an optional boss, Leonine Misbegotten.

Like all other bosses in the game, this boss also comes with a whole set of different attacks. The options for multiplayer and spirit calling are open for this fight. Using co-op summon and calling spirit for this fight is one of the best options to utilize.

One good option for the fight is to keep a distance from the boss and try to dodge the attacks. Blocking the powerful attacks will take huge sips of stamina and hence dodging and looking for an opening is the most suitable decision for the fight.

If we take an insight into the attacks of the boss, they can be predicted to some extent and the boss can be defeated by strategy. Most of the attacks by Leonine Misbegotten are horizontal and can be countered.

A devastating attack from Leonine is a combo of swinging, swiping, and stabbing his sword into the ground.

At the end of this attack, the players will be able to dish out their offense for some time. Another deadly attack from the boss is a stamping attack. The players must watch it out because of its range and a heavy follow-up sword attack.

At last, the Leonine at his last breath will drop a weapon named as Grafted Blade Greatsword.

The greatsword is a melee weapon and requires the players to have a strength of 40 or above to equip it. The sword has a unique skill name “Oath of Vengeance” that can boost the stats of the wielder.

The weapon is a must for completing a quest of Castle Morne. The update of the blade requires a regular supply of Somber Smithing Stones.

How Good is Grafted Blade Greatsword