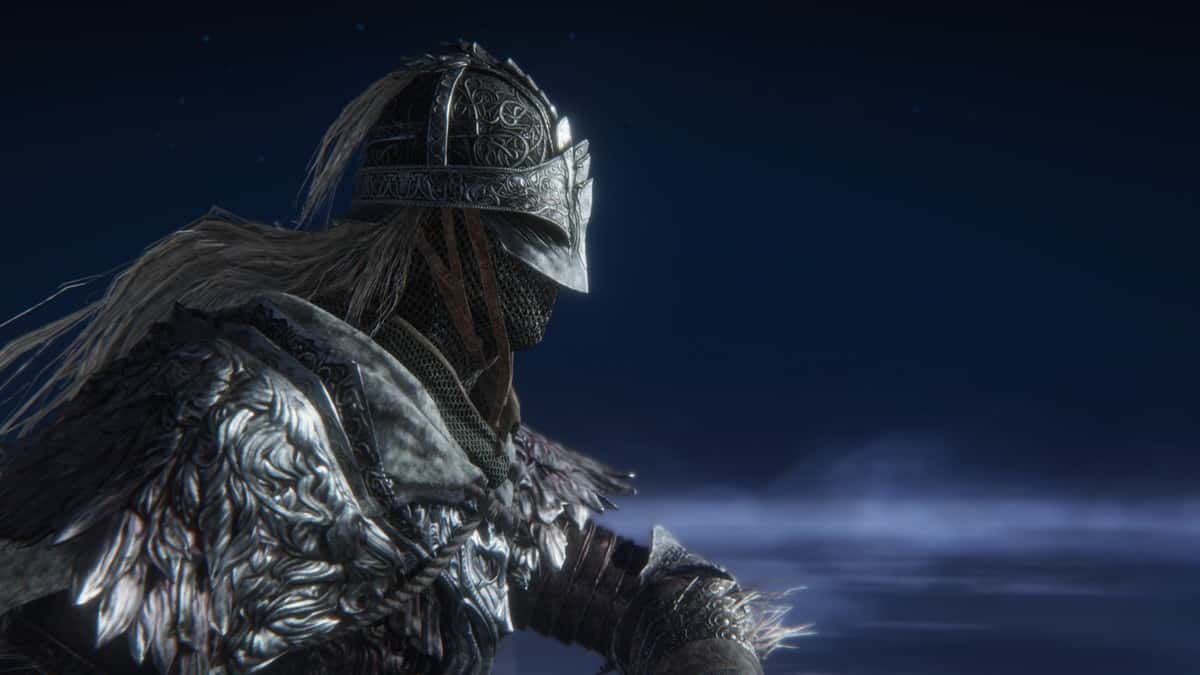 It is highly recommended that you are at least level 95 or more before encountering Death Rite Bird. Furthermore, take note that Death Rite Bird is highly weak to holy damage. Hence, make sure to pack the necessary weapons and spells with that type of damage.

In this attack, Death Rite Bird will reenergize the ghost flame before releasing it to cause an explosion. The fire from the explosion will stay a while in the affected area.

You can counter that by maintaining distance and waiting for the fire to settle down. Meanwhile, you can use this time to recharge and heal any frostbite damage.

Death Rite Bird will stay upright, and his wings will start glowing. After that, he will send dozens of spines at you just like a porcupine. At the start of the attack, they are spaced less apart, and eventually, they will come with more distance between them.

You can counter by backing away from the spots where the spines will touchdown the ground. Where they arrive, white circles will appear on the ground, so they are easy to spot.

The bird will send a bunch of black flame feathers at you in a straight line. Then fly towards you and put black fire on the ground.

You can counter this by maintaining a distance from the bird and looking out for the fire caused later in the attack.

Early in the fight, Death Rite Bird will smash his rod. He can also do that while he is moving or in the air. You can counter that by swerving to the side.

Death Rite Bird while holding the rod, will go up in the air and consecutively smash his rear legs down on the ground. You can counter that by maintaining distance and going backward while the bird is in the air.

Death Rite Bird will scream to emit a wave of damage. You can counter this attack by moving away from the path of the waves.

The boss will put his feathers on black fire before charging an explosion. The black fire from the explosion will spread in a straight line. make sure to counter the attack by maintaining distance. However, it can be a bit tricky to predict the spread of the fire

How to Defeat Death Rite Bird in Elden Ring

The Death Rite Bird has several different attacks up its sleeve. One attack is Overhead Smash, in which it will slam its spear in front. Ensure that you timely dodge sideways to avoid taking damage from this attack.

Low Sweep is another attack in which it sweeps his spear all around the arena. The best way to escape this is to jump out of the Sweep when it is close to you. Death Rite Bird will also use its spear to Stab at you. Again, make sure you move out of the way of the stab to stay safe.

Its Rain of Spears attack is also quite dangerous as it will rain down dozens of spears from above. The landing spots will glow on the ground, so make sure you are not in any of the landing zones of the spears.

Death Rite Bird will fire dozens of burning feathers toward you in the Black Pinion Barrage attack. Make sure you move away from these feathers until they fade away.

Each Death Rite Bird you defeat will drop slightly different rewards, but we’ve listed everything below for your convenience.

Liurnia of the Lakes

West Mountaintops of the Giants

Central Mountaintops of the Giants

How to Cheese Death Rite Bird

The idea behind how to cheese Death Rite Bird is to lure him to the edge of the cliff so that he tries to fly. This bird is different from any other bird because he can’t fly. When he will jump from the cliff, he will just drop and die. This cheese strategy can be used at two locations: Caelid and Central Mountaintop of the Giants.

For Caelid, you need to walk at the edge of the cliff until you find a tree leaning from the edge. Jump the tree and hide under the other side. You can also crouch if necessary. The bird will follow you under the tree and will eventually lose balance and fall. This will kill him.

For Mountaintop of the Giants, head to the arena. On the west side, you will find a small cliff drop which you can jump. Hit the bird with a weapon and run to the cliffside and jump. The bird will follow you and he can’t fly so he will die.

In most locations, the boss will spawn at night. But if you go in the daytime or in the evening, the bird will not spawn. So, to solve that issue, you need to go to the grace point where the bird will spawn and open the menu.

There you will find the “Pass Time” option. Select that option and inside you will find three options: Until Morning, Until Noon, and Until Nightfall. You need to select “Until Nightfall” and this will pass your time until night. When you will load the game after that there will be night. This will fix the spawning issue of the bird