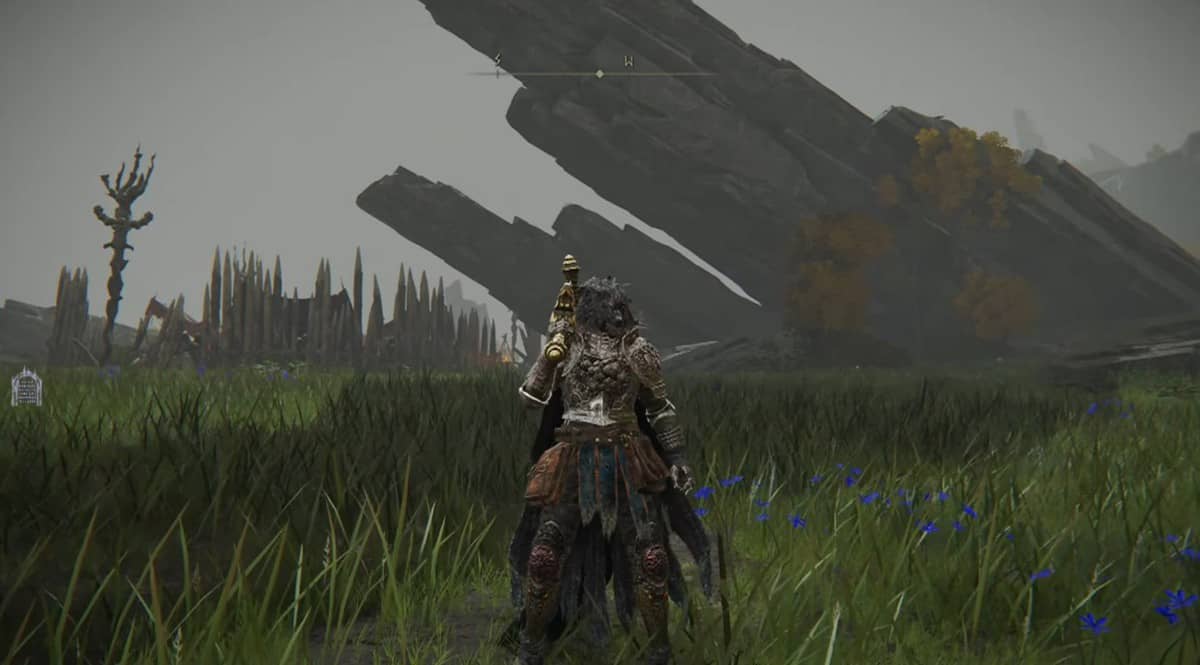 Elden Ring is the first open world From Software game, and it has many dungeons that players can explore to take a break from the main questlines. This walkthrough will help you find and complete Academy Crystal Cave in Elden Ring and obtain rare loot such as the Crystal Staff, Crystal release and Terra Magicus spells.

How to Get to Academy Crystal Cave in Elden Ring 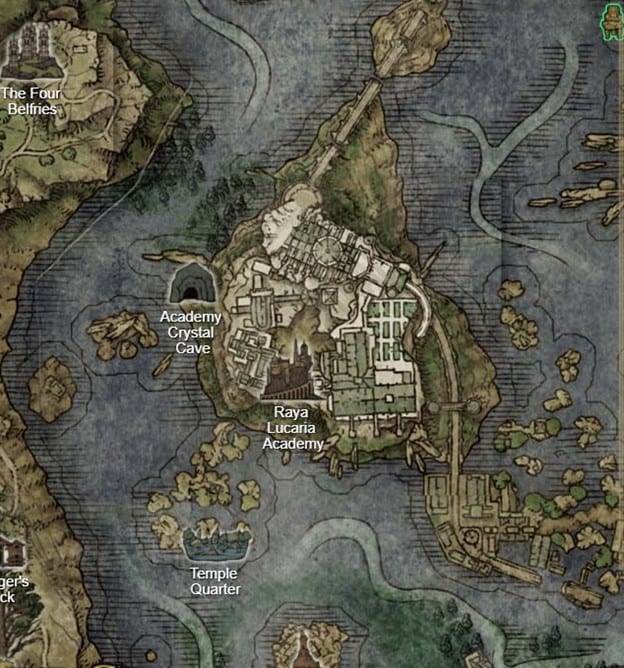 The Academy Crystal Cave is located in Liurnia of the Lakes region in Elden Ring. You can find the cave on the west side of the boundary of Raya Lucaria Academy.

As said above, the cave is on the western border of the Raya Lucaria Academy. You can find the cave easily if you simply head north of the small boulder where you find the Academy Glintstone Key.

If you don’t remember where you found the key, you can head directly east from the Foot of the Four Belfries site of grace and a direct ride east will bring you to the entrance of the tunnel.

Like almost all the caves, you will find Demi-Human miners here, which are a pain to kill unless you have a weapon that deals magic-type damage. Additionally, you will also encounter Crystal Snails and the Glintstone Sorcerers here in the cave, nothing too difficult.

The best loot for which you may need to complete this dungeon includes the Crystal Staff, Crystal Release Spell, Terra Magicus Spell. Additionally, a Rune Arc and a Stonesword key can also be found here.

As you enter the cave, you will find one of the two moist common items in this cave, Budding Cave Moss. Head down and activate the Lost Site of Grace here. Head out and defeat the sorcerers here.

Use the crystals in the room as cover for if you need to heal or change equipment to deal with the sorcerers. At the end of the Cavern, you will find another small cave which has a single sorcerer, and a cage with the Stonesword Key.

As you turn and get out after getting the key, you see a branching path to the left. Take it and go through the wooden door an the left at the end. Behind this door is the next section of the cave. Here, two Glintstone sorcerers await you, one of which is very aggressive, so make sure you deal with him first.

Here, after defeating the two sorcerers, you will notice a chest, before opening it, make sure you kill the third sorcerer above the chest who will ambush you when you go to open the chest. The chest itself has a Rune Arc inside.

Near the wooden door that crossed, you can also find an Illusionary Wall near the Budding Cave Moss. Behind this illusionary wall is a chest containing the Crystal Staff.

Here, all the major loot has been found, and the remaining items can be taken by defeating the boss. In the main room, you can find the Fog wall that leads you to the boss of Academy Crystal Cave

How to Defeat Crytalian Duo

The boss of Academy Crystal Cave is Crystalian Duo. You will face Crystalian (Spear) and Crystalian (Staff) at once. If you have no experience with these bosses, make sure you go in with a blunt weapon that deals Strike damage, as Slash and Pierce damage are not a good way of taking them down.

Strike the bosses and you will see them taking almost no damage. Don’t worry. Keep on hitting them until you break their poise. This will reduce their defenses and you will be able to deal normal damage from now on.

One of the Crystalian is a caster while the other is Melee fighter. Depending on your build, pick which one you want to take out first. Once you break their poise, you can do a backstab and this will almost immediately end the fight.

Both the bosses have highly telegraphed attacks. The Spear Crystalian will stay close to you and perform jumping slams with his spear along with regular stabs and sweeps. None of the attacks are too hard to avoid with a simple dodge so you won’t have a big issue facing them.

The caster, Staff Crystalian will maintain his distance, and even has a one-shot spell in his arsenal. When the Crystalian’s staff starts to glow blue and charge, you know it’s your cue to get ready to dodge.

This attack keeps firing Crystal Shards and this one will one-shot kill you if you are not careful. He also has the Staff Spin attack, so remember he isn’t out of options just because you are close to him.

After you defeat the two, you will be rewarded with the Crystal Release Spell. From the boss arena, don’t go to the cave entrance and instead ride the lift up to Raya Lucaria Academy. Follow the stairs and upstairs, you can find a chest that contains the Terra Magicus Spell.

With this, you have successfully completed the Academy Crystal Cave minor dungeon in Elden Ring.