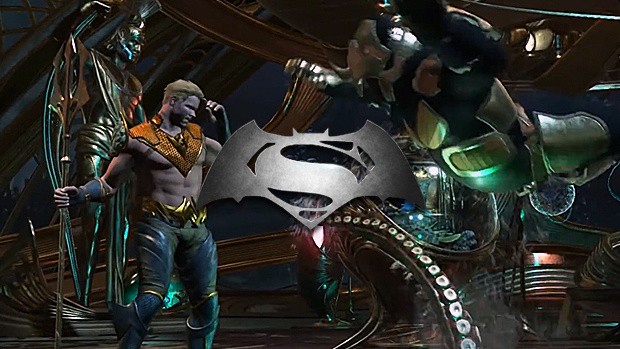 Ed Boon, creative director of NetherRealm Studios, has brought up the possibility that a Nintendo Switch version of Injustice 2 may be coming out sometime soon. The game had previously been exclusively for the Xbox One and Playstation 4, but it might soon be coming to Nintendo’s console in the future.

Injustice 2 got critical acclaim on its release earlier this year, and has gotten new characters added to its roster at regular intervals. With these sales, plus the Nintendo Switch’s willingness to add in third-party games, there’s a good possibility that the console might get a port of Injustice 2 soon. But that puts numerous things into doubt.

While there isn’t really any violent content along the lines of Doom (which despite being released on the Switch necessitated a heavily edited trailer to avoid showing off the game’s extreme amounts of blood and gore), there’s always the possibility that Nintendo might not allow the game onto the Switch on account of it not fitting their values, as they did to Binding of Isaac.

However, there isn’t really any Mortal Kombat-like bloody carnage in the Injustice games, so it’s possible that the game might not be refused a spot on the Switch.

Boone has said that a Nintendo Switch version of Injustice 2 would likely have to be developed by a separate team because of how much of a different console the Switch is. However, with Nintendo’s online system coming up soon, and various games like Mario Kart or Super Smash Brothers already have tournament settings, meaning there could be a tournament scene for Injustice 2 as well.

However, with FIFA 18’s Switch port having had to get its story mode cut out due to the huge amount of multiplayer content, would Injustice 2 go the same way and have to become a multiplayer-only game for the purpose of getting on the Switch?

Either way there’s no guarantee yet of a Nintendo Switch version of Injustice 2, though hopefully we’ll get an answer soon.