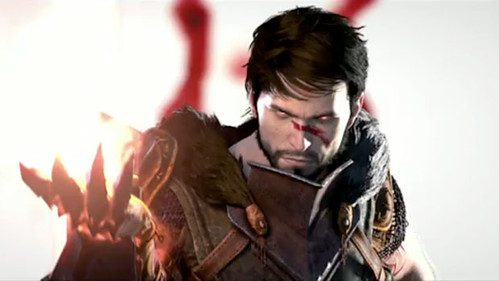 Dragon Age 2 is the upcoming sequel to the Dragon Age series developed by “BioWare” the creators of the critically acclaimed roleplaying games like Baldur’s Gate, NeverWinter Nights, and Mass Effect.

Story takes place around the same period as of Dragon Age: Origins but in the Free Marches. The player plays as a Lothering refugee, who escaped the destruction of his/her home. You are forced to fight for survival in an ever changing World, you must gather the allies, amass fame and fortune and rise to become the champion of the Kirkland to seal a place in history.

First and foremost in Dragon Age 2, you can’t change the race of the character, the player will be a Lothering refugee ( human). Players can customize the gender, class and appearance of the character. The Story is non-linear and all the decisions by the player are mirrored in world.

If the player chooses to import a character from DAO, DAO: The Awakening etc, then all of the decisions the player made would be carried forward and they will be reflected in the world. 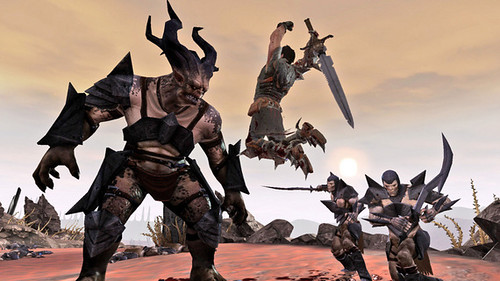 Another change that Dragon Age 2 brings is the intuitive, practical and very accessible talent tree for the characters. In Dragon Age: Origins the players had to get through rather monotonous routine of learning all the skills to get to the skills that the player actually wanted to learn.

Whereas in Dragon Age 2 there is a talent tree, where after the base talent has been learnt, it branches off into different directions, which allows players to choose which skill to learn and which route to take to get to the required talent or skill. It’s an interesting way to customize your characters as per the need.

For the 3 classes ( Mage, Rouge and Warrior) there are 6 skill trees excluding the specializations which gives the player a plethora of options to customize and level up the characters that suits his/her playing style – be it offensive, defensive or a combination of both. 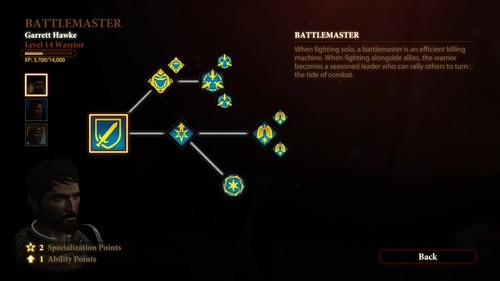 Dragon Age 2 will feature dialogue system similar to Mass Effect dialogue wheel which basically gives you options with intent and display it in options branching out of wheel. The player would have a total of 6 options for Dialogues.

One of the major additions to the game is the voice over for the protagonist unlike the previous games where the character would just stay silent. The male voice is by ” Nicholas Boulton ” and the female character is voiced by ” Jo Wyatt “. 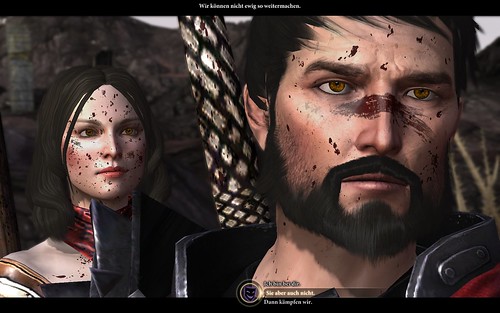 Gameplay is faster, brutal and engaging all at the same time. It compels the player to use a well grounded strategy where the player has to use both real time gameplay and the pause function of the game to give orders to the characters. The pause function is pretty much the same where only one action can be carried upon by a character. The player can issue different orders for different characters and then watch the fireworks play by themselves while enemies are stabbed, burnt and blasted to smithereens.

Dragon Age 2 is a mouth watering example of a bloody gory game where characters are splattered in blood while taunting massive rock golems. 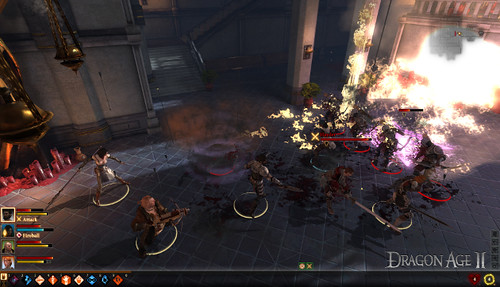 Dragon Age Origins 2 will also feature an approval system but it is different as compared to the previous games, where players would give gifts and earn the love of the other characters. In Dragon Age 2, the approval system will use a friend and rival system, where the players instead of getting combat and content bonuses by positive approval can also build a friendly or an antagonistic relationship with other characters.

There will be gifts but they would be fewer as compared to original game and they would be character specific and would trigger specific dialogue routines for the characters. Even if other party members have a positive disposition they would still leave the party if the player makes a decision that does not bode well with that specific character.

Dragon Age 2 is not only updated from a game point of view but it has also been massively integrated with new graphics and technology.
In an interview BioWare’s VP Greg Zeschuk stated:

“I think one of the key things we’re working on in Dragon Age II is the technology. I can confirm that we’re doing a lot of work on the Dragon Age engine, and doing a lot of stuff to pump it — to make it visually super hot.”

Mike Laidlaw has also confirmed the use of DirectX 11 for the PC version of Dragon Age 2.

Armor sets, Animation and environments have been revamped with smoother, elegant and at at times sexy (Drool… o_O) renderings. 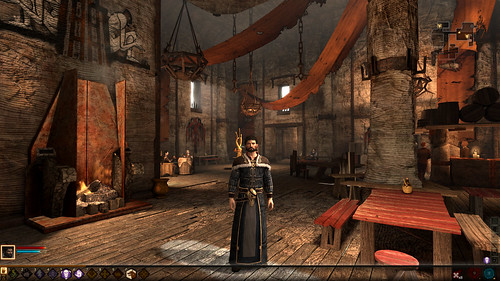 The Lighting has been updated with new simulated lighting, this makes the light behavior look more realistic and believable. The light escaping through cracks and holes gives a sense of reality as it plays with its surroundings. Lighting is also used productively to create a sense of emotion, from the dark to the highly contrasted lighting of the environments, which gives a sense of naturalized look. 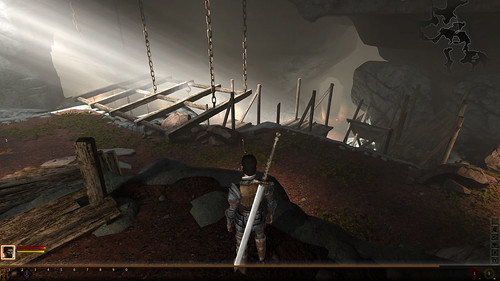 It’s not only the lighting but the outdoor environment which is updated with new graphics. The environments gives a sense of massive scale with beautifully rendered skies with multi layered clouds which makes the player almost forget the fact that it is a game and not the landscape outside the window. Another feature is the implementation of fog technology which supports vertical height fog and adds an extra level of much needed detail to many environments. 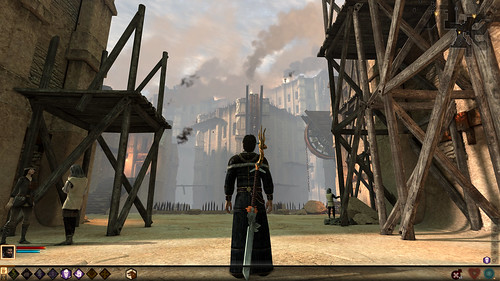 Keeping everything in view, Dragon Age 2 is promising to be visually striking game with an everlasting game experience and classic PC Roleplaying experience in its roots.

It set to be released on March 8, 2011 in North America and Europe. While I go and play Dragon Age 2 demo you can watch the trailer below: