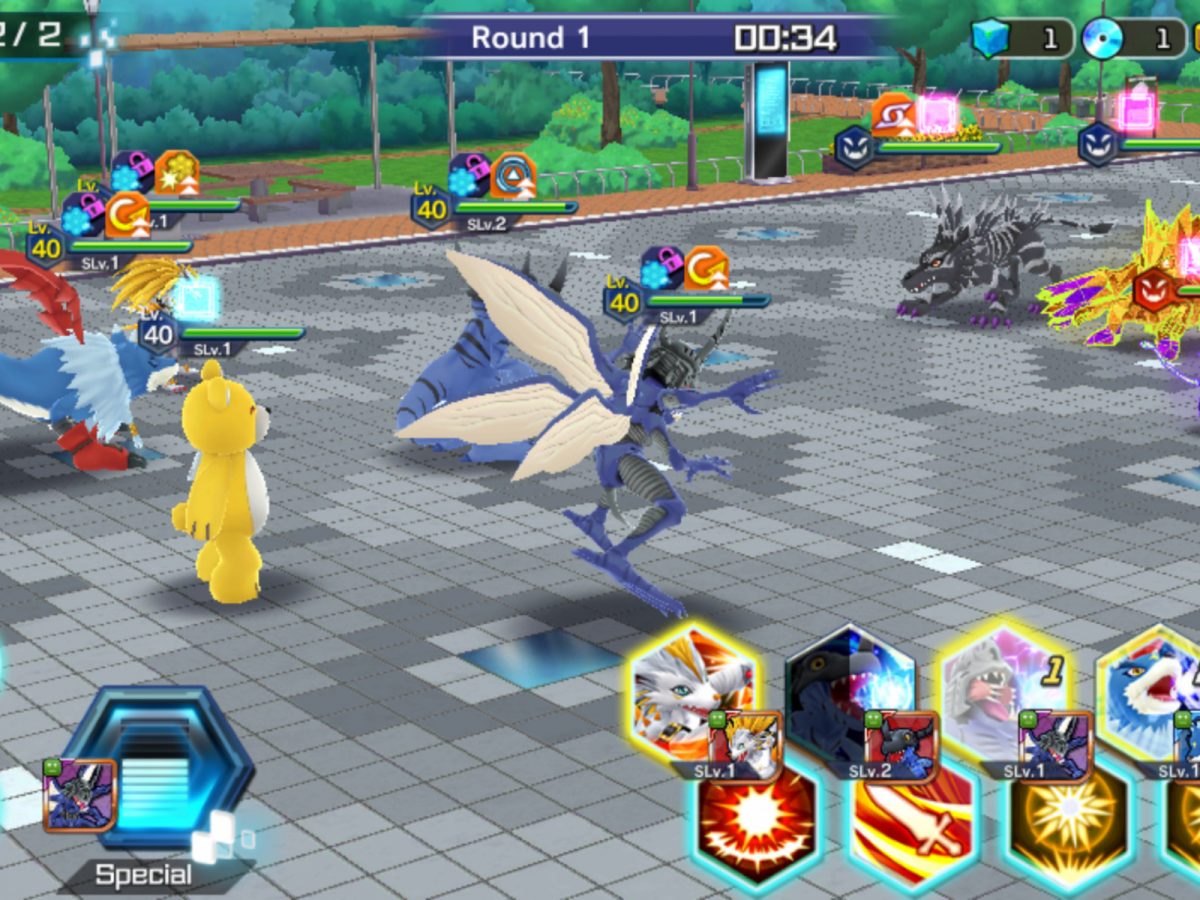 When you play Digimon ReArise, you’ll have to do a bit of rerolling before you can unlock the really high tier Digimon.  This guide will cover how you can reroll as well as the Tier list of Digimon you get in Digimon ReArise.

Rerolling
Go to the app manager and clear your data. Follow the first tutorial until you unlock the summon function.  That tutorial will let you get 10+1 Digimon absolutely for free. If you’re lucky, your Digimon will have Top Tier high level stats on the first try but in most cases this isn’t likely.

You should have some high tier Digimon if you want to start strong in the PvE and PvP game modes. We’ve compiled this list of the Top Tier Digimon in the game.

This character is guaranteed once you perform step 5 of the step summon. He has single target skills so he’s good for doing a lot of damage to foes. He’s less effective during PvP.

This Digimon is currently one of the most powerful metas in the game. She’s ideal for PvP due her ability to deal massive damage to multiple targets at once. This helps lessen their defense.

This Digimon exists to provide your team with a Defense buff. This can be particularly helpful during high level Raid boss battles. The early part of the game isn’t particularly difficult so you won’t need this buff (thus the B tier rating).  It also has the added bonus of paralyzing enemies.

You get Darkness immunity for all members of your party with this Digimon. It also deals AoE damage to foes.

This Digimon has a pretty good DPS and ensures that your whole team gets a Buff to their Survivability and Crit.

This Digimon provides your team with a 30% Technique Stat Debuff that is particularly useful when you’re in a battle against the TEC raid boss.  It also has a decent DPS and AOE damage.

Aside from having decent DPS and dealing out AOE damage, this Digimon grants your entire team 40% PWR.

This Digimon has the Single Target skill and can put enemies to Sleep with its effects attack. It also provides your entire time with a Defense Debuff and has a solid DPS.

These Digimons all provide buffs to your stats so they’re fitting choices when your goal is to buff up your ally. You can use them at almost any time and you can fuse their dupes to boost your skill level.

You should keep AeroVeedramon in your Raid team for the DPS boost he provides to your entire team.  He also give a 40% Def debuff.

SuperStarmon
This tank Digimon is more powerful than most Meta since it can get up to 10k HP and 2k DEF. You probably won’t need to use it until the later stages of Underworld.

LadyDevimon
This Digimon has 1.6k DEF and 2 Multi Target skills that can both inflict Darkness/Blind upon enemies. However since WarGreymon provide Blind immunity to the whole team but you will still see more use of her when you need to use Ultimates or when WarGreymon is phased out of PvP.

Garudamon
This Digimon has a Target Plugin in the shop that gives it some decent stats.  It has a Burn effect AoE attack that is useful during PvP.

The only reason he is even mentioned is that you can get his Target Plugin in the CB medal shop and the Target Plugin give it a ton of speed which will likely make your team goes first in PvP. Pandamon PvP usage even resurged during a certain meta in the future just because he has 2 Target Plugins that skyrockets team total speed

MagnaAngemon
You get 2 target 80% HP heal with this Digimon.